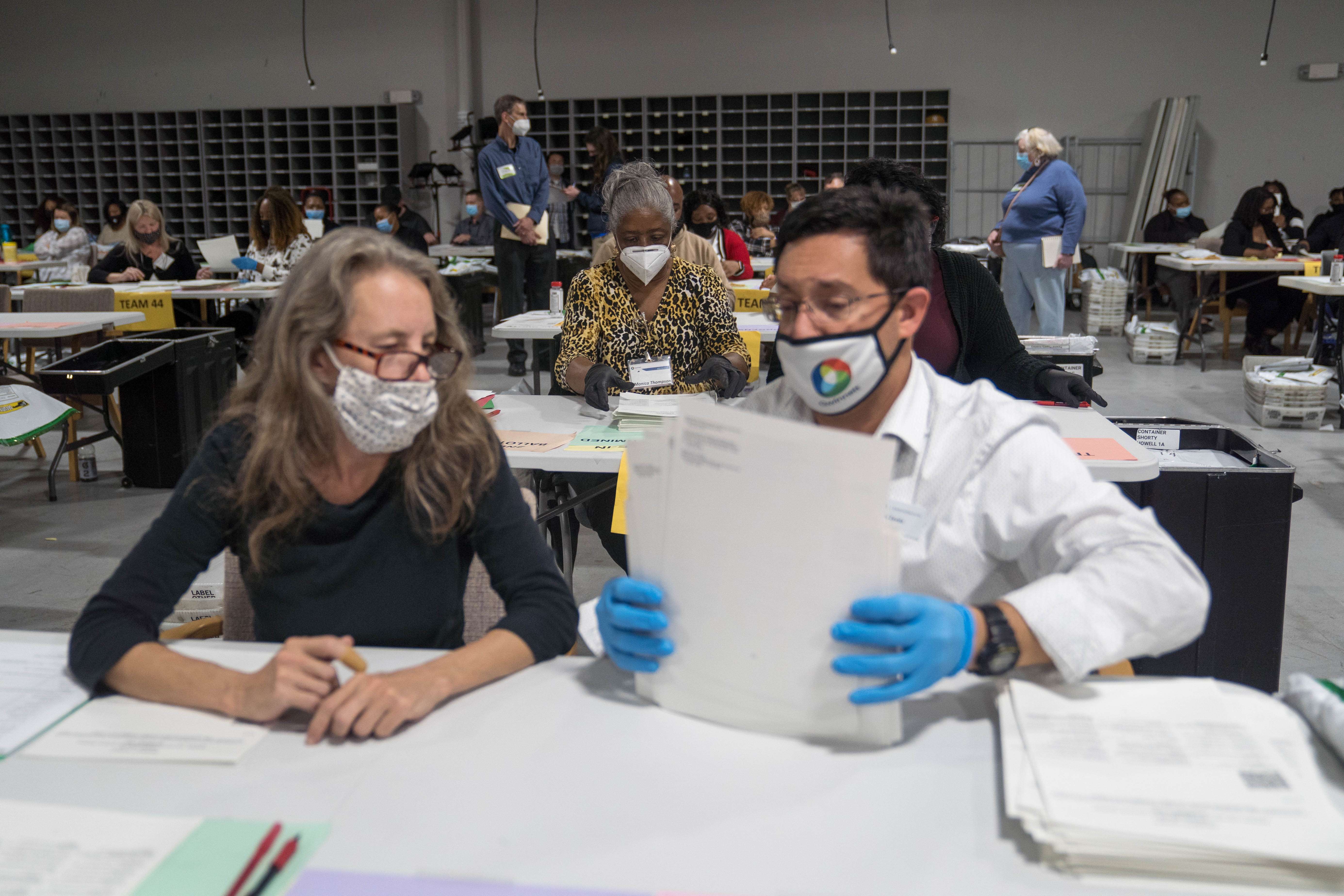 Two weeks after the presidential elections, and as the deadlines to certify the results in each state approach hopelessly, Donald Trump stretches his assault on the legitimacy of the United States electoral process to the extreme, trying to force the system to adjust it to his insane message that it is actually he who has won. Failed his attempt to annul a sufficient number of votes to reverse the resounding victory of Democrat Joe Biden, who has reached a historical record of votes and this Thursday – with some territories still pending completion of the count – was approaching 80 million, the strategy now focuses on casting doubts and shadows on that victory, delaying scrutiny as much as possible. A strategy equally destined to fail, as the certification of results closes the path of the courts, but with the same disturbing potential for damaging the confidence of Americans in their institutions.

In his crusade, Trump is supported by the usual clappers, including Senator Lindsey Graham, former Speaker of the House of Representatives Newt Gingrich, various positions on Capitol Hill and, of course, the personal attorney for the president and former mayor of New York, the controversial Rudy Giuliani. The latter, who asked the campaign for a fee of $ 20,000 (about 16,800 euros) a day to assume command of the president’s legal team in this battle, according to The New York Times, focuses on pressuring the Republican legislators of the States to stop the certification of the votes, trying to boycott the composition of the electoral college that is due to form next month.

The president’s legal team, led by Giuliani, offered a very long and crazy press conference this Thursday announced to “reveal evidence” of an alleged massive fraud. With rivers of hair dye mixed with sweat running down his face, the president’s personal attorney spoke of “hundreds” of witness statements, the details of which he did not share; called Democrats “thieves,” spoke of a “national conspiracy,” criticized journalists for not covering their hoaxes, compared the count to Joe Pesci’s film My cousin vinny, and assured that this was nothing more than the beginning of a great judicial offensive. He also went back to say that the votes were counted in Spain and Germany by a Venezuelan company of “allies of Maduro and Chávez” through a Spanish company, in reference to Indra. This company already had to come to terms with Giuliani’s theories last week and clarify that it has no “contractual or commercial relationship” with the aforementioned companies.

The attitude of Trump and his allies is causing tensions in various states, including violent threats. In Arizona, Secretary of State (electoral authority), Democrat Katie Hobbs, called on Republicans to stop “perpetuating misinformation” and described in a statement the threats she and her family have received since the victory of Biden in the State.

The same in Georgia, where the manual recount concluded at dawn on Wednesday, and the Secretary of State, Brad Raffensperger, a Republican, assured that he too has received threats, and denounced pressure from Senator Graham himself to seek ways to nullify votes. Faced with pressure from his own party, including the two Republican senators from the southern state, Raffensperger agreed to do a manual recount of all votes (more than five million), only in regard to the election of the president, before the date limit to certify the results. The counting of votes was due to finish at midnight on Wednesday. Raffensperger said the manual recount will not change the fact that Biden prevailed in the state. The official is scheduled to present the results this Thursday. Georgia will certify its results this Friday.

To the north, in Pennsylvania, another key territory in Biden’s victory, Republican state lawmakers have requested an audit of the results, citing a “litany of inconsistencies,” even though Trump’s lawyers have failed to present in the courts evidence any fraud or other problems in the count. Two new lawsuits have also been filed in two Wisconsin counties in which Biden was imposed.

The situation has taken on a fanciful tinge in Michigan, where two Republican members of a county board of elections first refused to certify Biden’s victory (claiming insignificant counting discrepancies); then, faced with the outcry against what would have meant directly suppressing hundreds of thousands of predominantly black votes from a county that includes the city of Detroit, they rectified and accepted the result; and finally, on Wednesday night they changed their minds again and assured that they were withdrawing their votes to certify the result. This Thursday it transpired that on Tuesday the president called at least one of the two officials who changed their mind by phone.