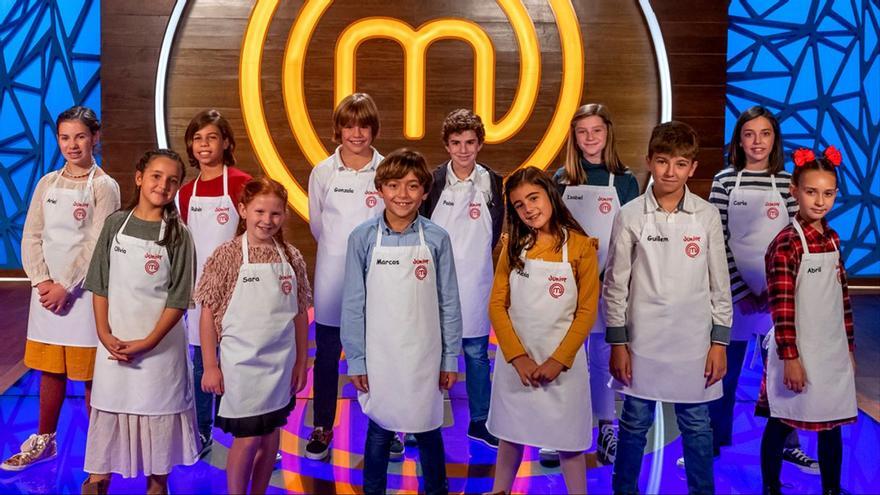 Tonight, starting at 10:10 p.m., TVE premieres the ninth edition of ‘Masterchef Junior’. The jury submits applicants to an anatomy exam as soon as they enter the kitchens. Specifically, the challenge is to make an incredible nutritious sandwich with as many floors as possible that must include at least two foods that are beneficial to the guessed organ. Later, in the outdoor test, the applicants learn while having fun at Port Aventura World. The park celebrated its 25th anniversary last year, but the pandemic caused by COVID-19 did not allow us to celebrate it as it deserves. On this occasion, the jury selects some of the star dishes of the Costa Dorada gastronomy to make up the menu that the two teams must prepare and that will serve 100 visitors. Finally, the applicants return to a set without light, where they are going to taste some dishes in the dark and then reproduce them. In addition, they have the support of the winner of the eighth edition of MasterChef Junior, Aurora Ruiz, and the winners of the sixth edition of ‘MasterChef Celebrity’, Juanma Castaño and Miki Nadal, who also dare to participate.

Telecinco bets on the cinema with ‘If I were rich’ at 10:45 p.m. Without a penny in his pocket and on the verge of parting ways with his wife Maite, Santi’s life seems to have hit rock bottom … until he becomes the lucky 25 million euro lottery winner. There’s just one problem: if you don’t want to have to give Maite half of the prize, you’ll have to hide your luck from everyone, including your friends and family.

Antena 3 will continue betting on ‘Inocentes’ from 10:45 p.m.. Inci begins to act in a way that worries everyone after her emotional outburst, since she doesn’t care about Han, Memduh, and Ege. In parallel, Safiye returns to her obsession with cleanliness after all these events.

Cuatro hosts ‘The debate of temptations’ at 10:50 p.m.. The audience once again has the last word to choose which images are seen during the program, which comes with extensive unpublished material from the experience of the protagonists of The Island of Temptations. In addition, the space focuses its attention on the secret of Sandra Férriz, revealed in the last bonfire to her partner, Darío, and exclusively advances his reaction after learning about her infidelity before starting the experience. On this occasion we have the assessments of Nagore Robles, Suso Álvarez, Terelu Campos, Isaac Torres, Lucía Sánchez and the expert in couples therapy Arantxa Coca. Finally, the entire letter that Stiven left to Tania is read before having to leave Villa Paraíso for 24 hours.

laSexta also bets on the cinema with ‘Batman v Superman: Dawn of Justice’ starting at 10:30 p.m.. Fearing the actions of an unbridled superhero, Gotham’s formidable and forceful vigilante faces off against the most admired hero of the modern-day Metropolis, as the world debated what kind of hero it really needs. And with Batman and Superman in their raw war, a new threat soon appears that puts humanity in one of the greatest dangers ever known. In addition, Wonder Woman appears and is in the middle of the battle between both superheroes.