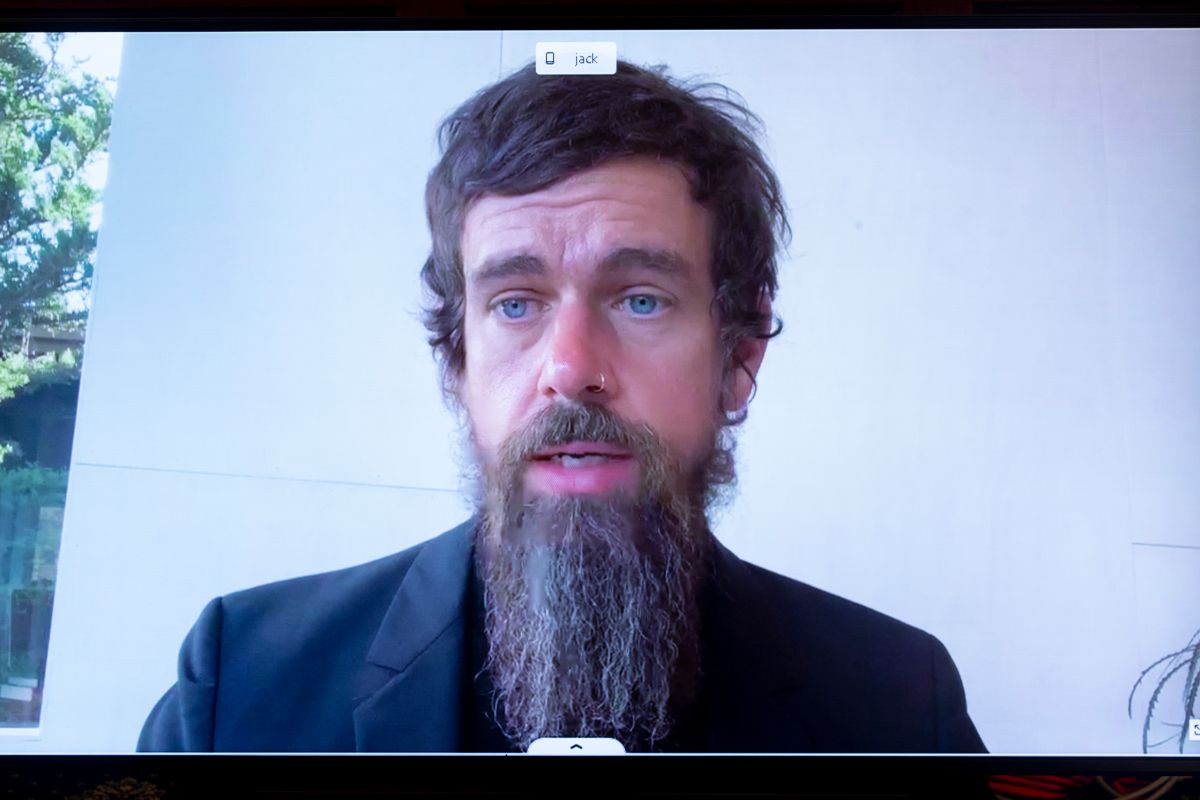 One of the founders of Twitter, Jack Dorsey, in a hearing before a Senate committee on immunity to large social media companies.

SAN FRANCISCO, California – “Just creating my twttr account.” From this message, the first ever published on the social network, tomorrow, Sunday, 15 years ago, and behind it hides a story of visionaries, betrayals and an unexpected success until it became the forum on the current world public opinion.

The author of the first tweet was its co-founder and current CEO, Jack Dorsey, on March 21, 2006 And just now, a decade and a half later, he has put it up for sale in an online public auction where the highest bid at the moment is $ 2.5 million.

A network for friends

When the blue bird social network was born 15 years ago, its creators had in mind a very different product from the one we know today, more oriented to being a communication platform between friends and acquaintances than a gigantic public forum from which during the Donald Trump’s presidency came to govern the US.

“The word ‘twitter’ (chirping, in English) was perfect. They defined it as ‘a short explosion of unimportant information’ and ‘the chirping of birds’ and that was exactly the product we had, “Dorsey himself explained in an interview about the origins of the company.

As in the case of its main competitor, Facebook, and of many other successful technology companies, the narrative about its principles and who the idea can be attributed to varies depending on who you ask, and for years the participation of one of the four people who today are considered founders was ignored .

Also Read  Emma Beddington tries… fell running: 'It's like dragging bags of cement uphill, only the bags are my legs' | Life and Style

Betrayals and jealousy in the origins

Evan Williams and Biz Stone (both former Google employees), Jack Dorsey (then a student at New York University), and entrepreneur Noah Glass conceived the product prototype during a brainstorming session. (brainstorming) when everyone was working to Odeo, a podcast company founded by Glass.

It was precisely the latter who led the team in charge of developing Twitter and whom the employees of that early period describe as the “spiritual leader” of the platform, completely involved and obsessed with this new service whose function few have fully understood.

However, Williams – who by then had taken control of Odeo – fired Glass for reasons that have never been clarified (the most widespread version is a clash of personalities), and, in parallel, banished him from the official narrative about the origins of the company.

It was not until years later, with Twitter already consolidated as a giant of internet communication, when the figure of Glass was gradually being valued, who admitted feeling betrayed by his former colleague, and who is currently considered fundamental in the creation of the platform.

The earthquake and the value of the “live”

During its first months of life in 2006, Twitter was basically an internal communication tool for Odeo employees, that SMS messages were sent through it, mostly nondescript content between friends and colleagues.

But something radically changed in the early morning of August 3 of that year: a small earthquake of magnitude 4.4 on the Richter scale made the ground of San Francisco shake very timidly., something perceived by some but not by others.

“Has anyone just noticed the earthquake?” “I just noticed that earthquake. No one else here noticed it ”“ Damn, I always miss them! ”, The platform spontaneously became a space in which to comment and find out about current events and since then the“ live ”or“ vivo ”began to be linked to always with Twitter.

The one who collects these historical tweets is Biz Stone, one of the four founders, in an entry on the company’s blog in which he explains how his partner did not believe him when he said he had noticed the earthquake, and that it had to be Twitter who gave him the reason.

At the center of the debate

Since then, 15 years have passed and it is precisely this ability of Twitter to act as a forum for current affairs and the immediacy of information from which derives its main challenge for the coming times: to decide where the limits of freedom of expression are in Internet.

For the moment, the bluebird company has started 2021 with one of the most risky and controversial decisions in its history: permanently close the account of what was its most famous gathering in the last four years, the former president of the United States. Donald Trump (2017-2021).