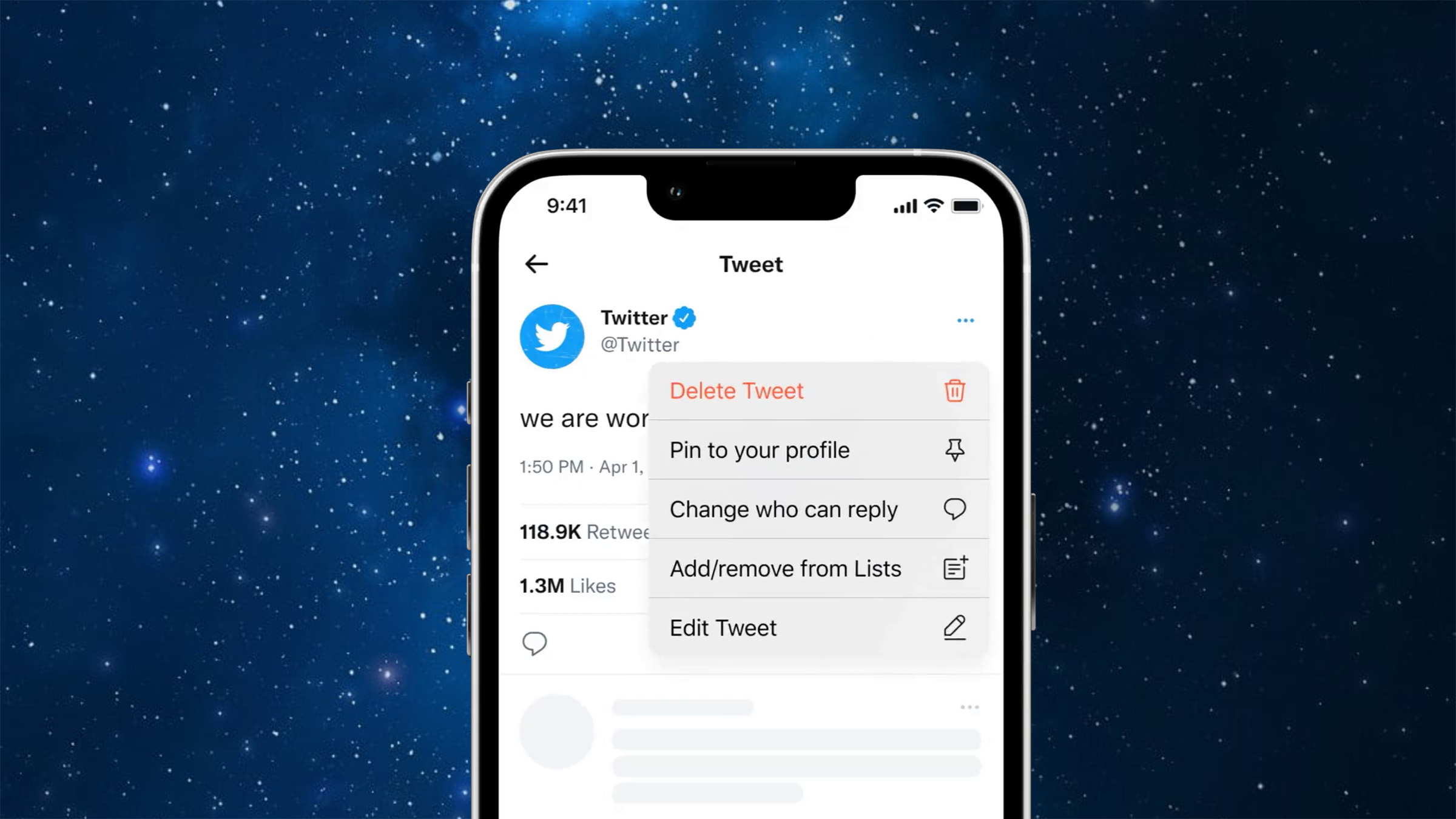 The American company Twitter has shown in a series of tweets that the option to edit was already a reality, which after the Elon Musk surveys seems to have accelerated. We show you how this option will be and when it will be available.

Twitter, the social network of opinions par excellence been getting requests for years to add an option to edit tweetsbut for unknown reasons and despite the huge number of users asking for it, they never confirmed anything about it.

Last April 1st, known worldwide as april foolsTwitter shared a tweet commenting that they were working on an edit button, which made users of the social network think that it was a joke, but apparently not.

As we discussed two days ago, Elon Musk dropped the idea of ​​adding an edit button after taking almost 10% of the shares of the American company.

Tonight, TwitterComms showed us a series of tweets, with image included showing the editing functiontelling us about the inclusion of this option, and also giving an extensive context of why the delay of it.

As they tell us in that thread, have been working on adding the option to edit tweets for a year nowand that the survey that Elon Musk conducted was not going to influence its launch or not (although it seems to have accelerated it), they simply had to check how well it works and make sure to do it as correctly as possible.

Also Read  Look, mom, no hands: Mercedes will take responsibility in the event of an accident with Drive Pilot activated

They also announce that they will test this function in the coming months with Twitter Blue users (Twitter payment plan, with extra functions), to refine this option, and see how to implement it and how not to implement it.

Jay Sullivan, product manager at Twitter, has also wanted to announce himself in this regard, who tells us that They have been investigating how to add this functionality in the safest way possible.without misunderstandings for users.

Jay acknowledges that the option to edit could lead to a very improper use of itand that the company’s priority is to protect the integrity of public conversations.

1/ We’ve been exploring how to build an Edit feature in a safe manner since last year and plan to begin testing it within @TwitterBlue Labs in the coming months. Sharing a few more insights on how we’re thinking about Edit 🧵 https://t.co/WbcfkUue8e

In turn, he tells us that this will require considerable time, until they reach the point where they feel that this function is fully integrated.

He also tells us that is not the only functionality they are working onsince they want to give users more options and control over their experience on Twitter, always looking for this network to be a place where they can have healthy conversations.

One of these features that has already been added was the option to limit who can respond to your tweets, and as we have seen, it has been very well received by the community.

Also Read  France has taken a drastic measure against Deliveroo managers: send them to jail

Another that they seek to add, and that we at ComputerHoy liked a lot when we found out, is the function of being able to publish collaborative tweets, as other networks like Instagram already do.