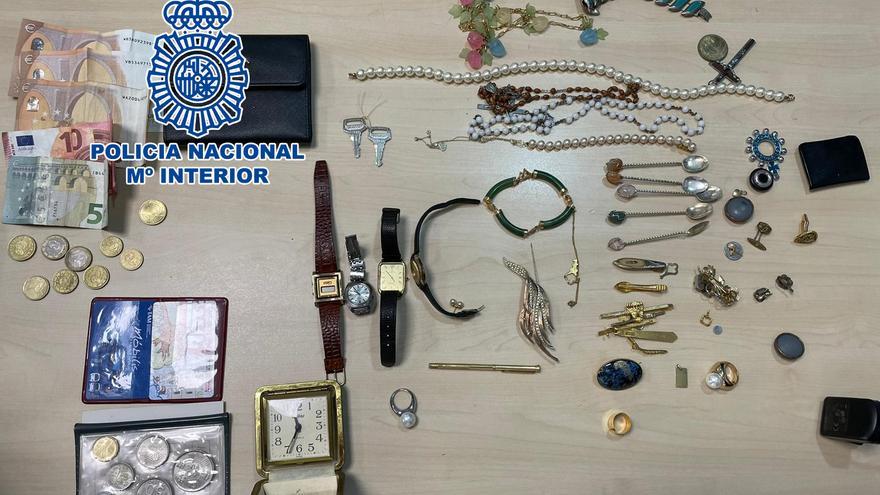 The National Police arrested yesterday in Alicante two members of a traveling group specialized in robberies with force at homes, who were surprised after one of their actions. They were based in Valencia and operated along the entire coastline of the Valencian and Alicante coast, using the bus as a means of transport, which has been an added difficulty in locating the agents. Both have been brought to justice, according to information from the General Directorate of Police.

The call from a citizen alerted yesterday of the theft of a bag inside a hotel establishment by a couple. The complainant provided characteristics of the thieves and the National Police cordoned off the area, quickly locating the perpetrators, who had boarded a city bus to escape the area.

Among their belongings, the agents found various tools that could be used for the commission of robberies with force, such as two pairs of black gloves, a stethoscope or a homemade plastic card made from a shampoo bottle used in the criminal field for the openings of doors. In addition to effects that, later, they discovered were the property of the localized victims, as well as various jewelry, clothing, mobile phones and cash.

The “bowler fracture” method is one of the techniques most used by the perpetrators of this type of crime in recent years given its rapid execution. However, they are also usually provided with a plastic sheet to open the door when it has not been locked, a method known as “slip”.

The investigation was carried out by the Specialized Crime Group of the Judicial Police Brigade of the Alicante Provincial Police Station, since there has been an increase in this type of robbery in the city, according to the same sources.

The violated home had the door bowler fractured, which culminated in the arrest of the members of this criminal network. The investigation determined that they are based in Valencia and operate throughout the Valencian coastline, as well as that they usually move by public transport, thus making it difficult for the police to detect these types of perpetrators.

After the arrest, the Police have verified that they have been able to participate in at least two other crimes of robbery with force inside the home perpetrated in the town of Alicante, although they continue, however, with the efforts to clarify other crimes of analogous nature.

The detainees are an 18-year-old man with a prior history for similar events and a 19-year-old woman, both of Slavic origin, who were turned over to the Investigating Court of the Guard of the same locality.

The National Police reminds citizens that prevention is key to keeping homes safe and helping other neighbors not be victims of this type of crime. Therefore, if there is any suspicion, they recommend to notify 091, whether there are symptoms of forcing or other elements that are not typical of the doors, such as silicone threads or small pieces of plastic in the slots, as well as if they detect someone unknown prowling around the portals.