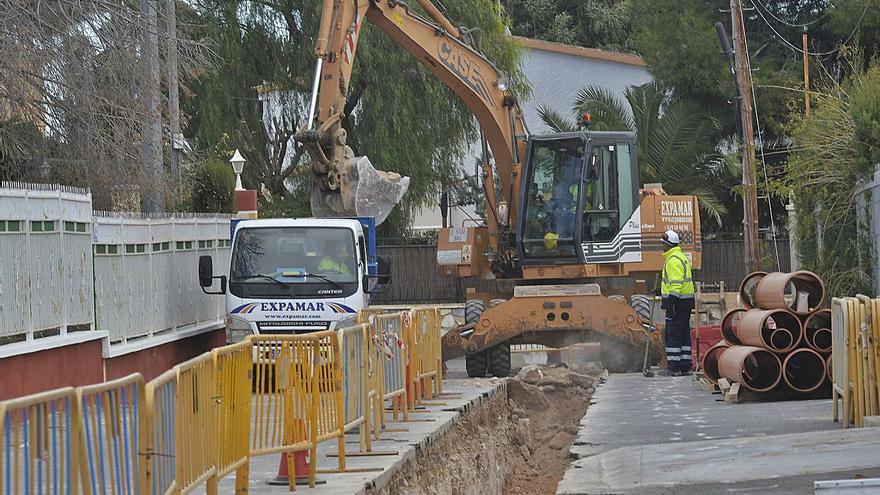 As a first milestone, it is worth highlighting the reduction in water consumption per inhabitant since 2001 by more than 15%, from the 17 hm3 of water supplied at the beginning of the management of the joint venture to 14.5 hm3 today . Greater savings if we take into account the urban and economic growth of Elche in recent years, which represents a 31% increase in new supplies supplied. This saving is equivalent to the annual consumption of a city with more than 45,000 inhabitants.

We have not only reduced the demand for a scarce resource such as water, preventing any drop from being lost through the networks, but we have also given water a new opportunity after use. In Aigües d’Elx we convert 100% of the 10 hm3 treated water into a new resource: water for irrigation of the Camp d’Elx, of the traditional palm tree orchards, and for the maintenance of the artificial ponds of the Clot de Galvany PNM .

It has been two decades in which Aigües d’Elx has invested more than 55 million euros in the modernization of municipal hydraulic infrastructures and in the digitization of this Municipal Service. In addition, Aigües d’Elx was a pioneer in processing European aid from the Cohesion Funds in 2006 with which it obtained more than 11 million euros for the construction of collectors in Matola, Torre Azul (Torrellano) and Maitino, on the right bank of the slope of the river, Bonavista, La Galia, Valverde and Balsares or Buenos Aires.

During these two decades we have witnessed major rainwater and sewerage works in neighborhoods and districts such as Carrús, El Toscar, Altabix, Plà, Sector V, Palmerales, Peña de las Águilas, Ronda Sur … that have been executed to manage the torrential waters, increasingly intense and frequent, in order to avoid the terrible floods and the problems that they caused to the citizens.

The commitment to the protection of Elche’s heritage has been a pillar in the execution of the works, from archaeological tastings to rehabilitation works. Among the projects developed by Aigües d’Elx, it is worth remembering the development of unique works that, due to their characteristics, represent an improvement in their surroundings and recognition in the social sphere of the city of Elche. In this period, we must highlight the rehabilitation of the old Altabix Fruit and Vegetable Market, recovering the square and public endowments for citizens and also as headquarters for the company. Also the pedestrianization works of Almórida, Salvador, Pere Ibarra and Empedrat streets, the pedestrian walkway over the Vinalopó river in Barrachina and the rehabilitation of the old source of the roundabout in the Municipal Park. And more recently, in collaboration with the City Council, Fatxo, Uberna, Fossar, Sant Miquel streets, etc.

On the social axis, Aigües d’Elx has opted to act proactively to implement measures to ensure access to water for all people in vulnerable situations. In collaboration with the Social Welfare of the Ajuntament d’Elx we have promoted the Social Fund and the Special Rates to guarantee this Universal Right. It is essential to alleviate the effects of the social gap and prevent anyone from being left behind, for this purpose the Social Fund has been increased this year to reach 450,000 euros to help the payment of bills to vulnerable groups.

On this day of celebration and review of the history of these 20 years of the company, we would like to end with a special recognition to the women and men who are, and have been, part of the Aigües d’Elx team, for their vocation of public service, for their involvement in their daily work that, even in the hardest moments, they have been working to ensure that the water continues to flow and that we never lack.