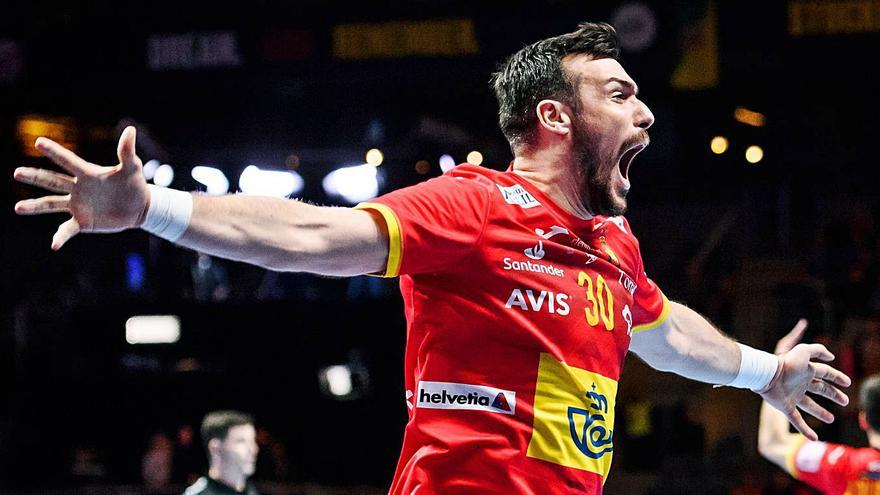 Who was going to tell Óscar Gil in the summer of 2019 that just two years later he was going to experience everything he has experienced? At that time, the uncertainty of knowing more outside Elche than inside Elche, with a possible departure from the team flying over his head somehow threatened his progression. Then Pacheta crossed his path. His effort, tenacity and work did the rest. And the circumstances, everything has to be said.

In August of the aforementioned 2019, Elche was looking for a right back in the market. But, as so often happens, there was no money left. Óscar Gil did the preseason with the first team and Pacheta gave him the most difficult game to measure, against Albacete in La Manga. The young man from Elche, as usual, was signing a neat match. Then it failed. A corner in favor, a clearance from the rival long, an error when measuring and a goal against. Pacheta had everything in his favor to bury him and demand a signing for the position. He did the opposite.

Óscar Gil stayed in the first team and held onto the starting position from day one, with a scandalously low salary for the performance he offered. It was the beginning of the beautiful story that later has had many more chapters of happiness, despite his youth: promotion with his city’s team to the First Division, signing for a historical one like Espanyol, new promotion to the highest category and citation for some Olympic Games, in which he has won the silver medal. Along the way he has also been an absolute international, taking advantage of the game prior to the Eurocup that the sub’21 had to play.

All this without leaving the line that marks humility, work and effort. Without a bad face, when he was left out of the call or when they changed him during games. That is his best medal. Tokyo will be unforgettable. Despite that damn crossbar that in the final prevented him from hanging the gold, being the hero of Spain and receiving the spotlight under which he does not need to be.

Smart, simple, familiar. Honest in the treatment, differential in his work. From more than two meters from what the world observes, you do not feel someone special despite being so. Nothing takes you away from the ground, not even your height. The first world champion petrel has won seven medals with the Spanish handball team, three gold (the planetary one -in 2013- adds two European, 2018 and 2020), a continental silver and three bronzes, the last one, the one achieved in Tokyo last Saturday at the farewell to his great supporter, Raúl Entrerríos, for whom he cried inconsolably after losing his place in the final.

Gideon never gives up, proudly wearing his biblical name and showing off his twin brother, Isaiah, with whom he shared a team on the banks of the Rhine, in the Rhein-Neckar Lowen, more than two thousand kilometers from his home. The pivot of the “Hispanos” knocked down the door of glory when, two years after making his senior debut, he had to replace Viran Morros in the World Cup, which ended up crowning him as one of the best defensive specialists on the planet. In the autumn he will be 37 years old, and although he has already won everything, he never tires of enjoying his job, of fighting, of defending the center of the rival attack, the most violent, the most decisive, the one that puts on and takes off crowns.

Undefeated Herculaneum, the right-hander of the Guardiola Villaplana brothers is convinced that, if allowed, he has plenty of energy to close his international journey in Paris 2024. An example of overcoming, of dedication, of conviction in his own work and in what is important From listening to those who can teach you to improve, Gideon has learned to live far from the earth while still missing it.

The BM Petrer youth squad, now in the German TBV Lemgo Lippe, is one of the fundamental components of the most formidable generation that Spanish handball has produced in all its history … and he has not yet said his last word.

A silver in a madness tournament for the Elche

The soccer medal was one of those that was almost taken for granted in the Spanish delegation. However, Luis de la Fuente’s pupils had to sweat a lot to win it. They already suffered to pass the group stage and were almost eliminated in the quarterfinals against Ivory Coast. From overtime to overtime, the final defeat came to Brazil. Óscar Gil experienced a swing of personal emotions. He started out of the call and from there he went to the starting eleven due to Mingueza’s injury. The cards prevented him from finishing several games by technical decision, but he remained in the starting eleven for the final. There he touched the winning goal in the 85th minute. He did not play extra time.

The petrerí gets the medal that was missing in his showcase

If the soccer team suffered to hang the silver, the handball team was no less. The “Hispanics” carried out various survival exercises throughout the tournament, winning matches in the last possessions, to dismiss a golden generation as it deserves, although Gideon has said that he wants to continue for the moment, both in his club and in the selection. The petrerí returned to be the defensive bastion of Spain, especially as a result of the loss due to injury of Viran Morros, his partner in the center of the rear. Denmark was too much for the Spanish and against Egypt, with Guardiola expelled shortly from the end, they also had to suffer until the last moment. But the bronze medal and the farewell to Raúl Entrerríos were worth so much suffering.

The «Grasshopper» stayed three centimeters from the podium

With a little more luck, Eusebio Cáceres’ career would be very different. However, neither the injuries nor the barely inches that have separated him from glory sometimes take away the desire to continue flying around the world to the jumper from Onil, who held an outstanding competition in Tokyo. He got into the final, got into the improvement and didn’t get on the podium by just three centimeters. He was fourth with 8.18 meters on his last attempt. When the brand was unveiled, Cuban Massó’s bronze was only three centimeters away. Eusebio had to settle for the Olympic diploma, although his competition deserved more awards.

Personal improvement in a hard year and bordering on the diploma

Like his neighbor from Onil, Jorge Ureña also returned from Tokyo with a smile for his good performance, despite remaining a place of finalist position and, therefore, an Olympic diploma. Ureña broke several personal records, forgot the injuries of recent times and took a great competitive leap, as he landed in Japan as number 23 in the Olympic ranking and finished ninth. In addition, he had the pleasure of winning a couple of series of his test and almost finished the 1,500 meters, the tenth round of the decathlon, in first position.

Final point to a historical couple with Elsa Baquerizo

The Tokyo Games were special for Lili because they meant the farewell to her inseparable partner, Elsa Baquerizo, with whom she has been competing since 2007. Along the way, a lot of sand, effort and millions of positive memories, including those of three Olympic events. As in the previous two, Lili and Elsa fell in the round of 16, after being third in the group stage and passing the “play-off” of the repechage.

The «Warriors» performed below expectations

The good level offered by the women’s handball team in recent times placed them as candidates for a possible medal in Tokyo. Quite the opposite. They were the only Spanish team to fail the group stage, suffering an unexpected defeat against Hungary that ended up condemning them. Lara González from Santa Pola continues to gain international experience, while Paula Arcos from Petrele, at 19, made her debut in a great tournament.

The early defeats condemn the people of Alicante

With regard to the rest of the province’s representatives at the Games, they all fell at the first exchange rate. The Alicante judoka Ana Pérez and the taekwondo player from Elche Raúl Martínez, who arrived with good results in the international tournaments prior to Tokyo 2020, lost in the First Round and could not continue competing in the repechage for the bronze medal, when their executioners fell in the immediately following round. Eldense boxer José Quiles also suffered a painful first-time defeat in his bout, by unanimous decision. The gymnast from Alcoy, Néstor Abad, could not get into the team final of his sport or obtain enough points to access any of the singles and, finally, the Torrevieja walker Luis Manuel Corchete left.