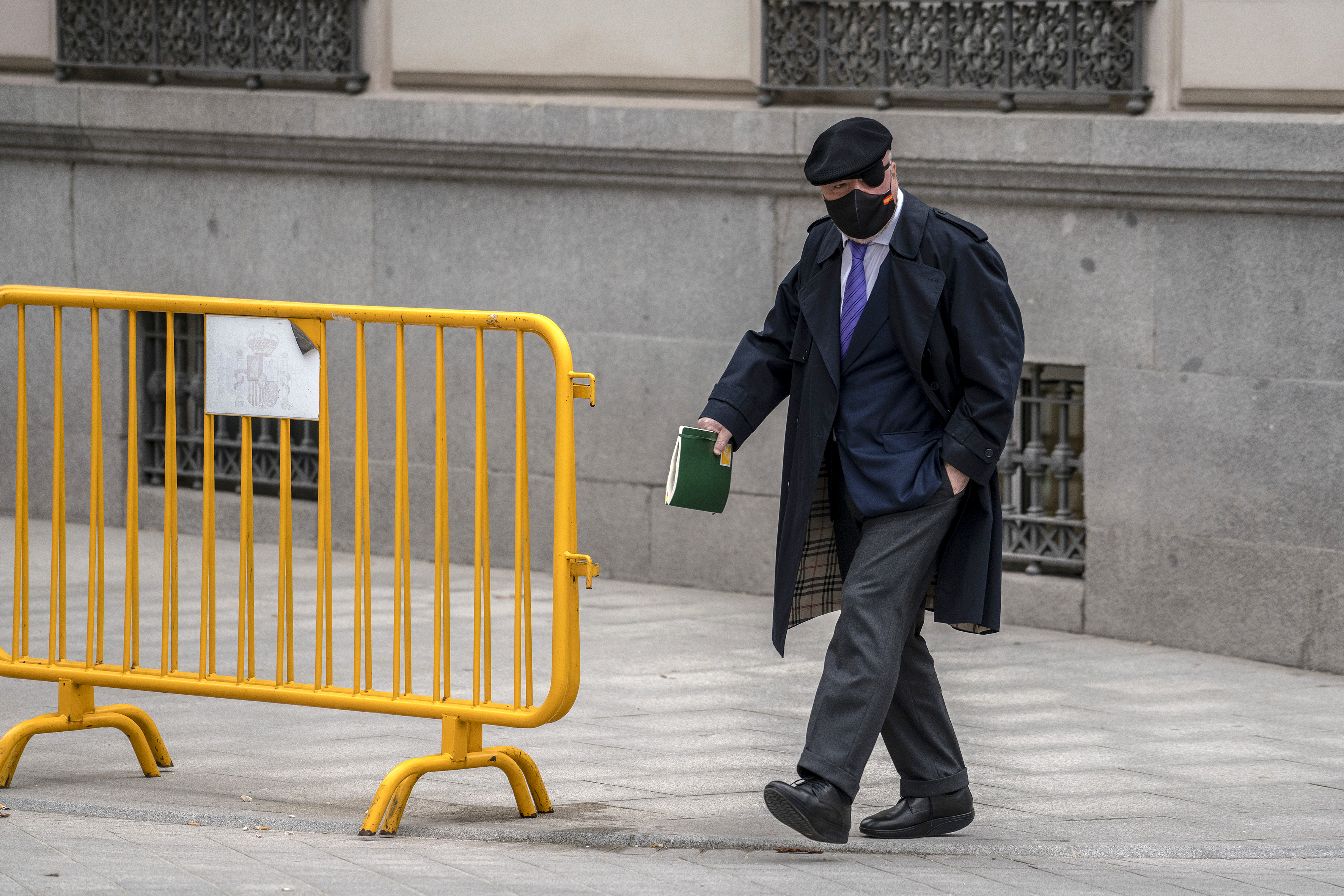 Javier Ruiz and Alfonso Pazos, two inmate cronies of Commissioner José Manuel Villarejo in the Estremera prison, tried to sell alleged state secrets to the lawyers of former presidents Jordi Pujol ―for 11 million euros― and Carles Puigdemont ―for five million― . Both Villarejo collaborators acknowledged these facts in their statement to the police, to which EL PAÍS has had access. Puigdemont’s and Pujol’s lawyers did not accept the barter: they neither paid nor accessed those secret Villarejo files.

The confidential information offered by the prisoners to the lawyers in exchange for money was linked to the court cases affecting the two former Catalan rulers. Jordi Pujol is on trial for corruption and awaiting trial. Carles Puigdemont fled from Justice in the cause of process and it’s claimed for sedition and embezzlement, while his colleagues from the Government who did not escape were sentenced to high prison terms.

Villarejo’s two collaborating inmates took advantage of their prison leave from 2018 to the end of 2020 to offer different confidential documentation to lawyers, politicians and journalists.

The Anticorruption Prosecutor’s Office learned of these maneuvers in June 2020 and prepared a police device, authorized by the judge, to control the operations that Villarejo directed from prison.

Both the judge investigating these events and the Anticorruption Prosecutor’s Office maintain that “part of the documentation that [Villarejo] kept in his possession, after his retirement as Commissioner of the National Police Corps on June 22, 2016, it would have the character of information classified as secret, in accordance with current regulations on official secrets ”.

Commissioner Villarejo entered the Estremera prison in November 2017 accused, among other crimes, of directing for 20 years a police mafia that illegally spied on and extorted the alleged adversaries of powerful businessmen. Executives of some of the main IBEX 35 companies are accused of hiring Villarejo while other large businessmen appear in the case as victims of the commissioner’s activities.

The two prisoners, Villarejo’s cronies, Alfonso Pazos Fernández and Javier Ruiz Cubero, are charged in one of the separate pieces of the Tandem case O Villarejo case, number 28.

Pazos thus explained to Ruiz the distribution of functions within the plot, according to one of the conversations recorded by the police that appear in the summary: “… What the boss wants is that uh … the negotiation with these people eh … I took it, under the cover of being a lawyer and you take care of collecting … “.

In his statement to the police, Pazos explained that after contacting Gonzalo Boye, Puigdemont’s lawyer, he prepared a written offer to provide him with Villarejo’s files on the so-called “Operation Catalonia” – police activities outside the judge to boycott the illegal referendum on October 1 and spying on the pro-independence leaders – in exchange for five million euros.

“Before preparing this writing,” Pazos confessed to the police, “I had several interviews with Boye since February 2020, which I think I remember was the first. I think I have seen him in all the permissions that I have enjoyed. In those meetings, I offered him certain information and Boyé told me that he needed to consult with the boss and showed interest in obtaining documentation on Operation Catalonia. I asked him who the Chief was and he replied that it was Puigdemont. At the last meeting, held at the Chamartín station on a Saturday in September, Boye asked me to put a price on the sale of that documentation ”. That appointment at the station was followed by the police and photographed. After that meeting, Pazos prepared an offer written on three pages seized by the police: “2.5 million euros plus another 2.5 million, in total, five million.” But that proposal for information in exchange for money was never formalized because the judge ordered the arrest of Pazos in October.

Sources close to the lawyer Gonzalo Boyé tell another version of these events: “No amount was mentioned and it was never taken seriously. He was delayed because the story seemed strange and nobody was going to pay for something like that ”.

Pazos assured the police that Villarejo’s other inmate, Javier Ruiz, also tried to “sell the same thing to the Pujol lawyers, although in each case adapted to what the client needed.”

This is how Javier Ruiz told the police about his efforts with the commissioner’s secret files: “A letter from the Pujol family to Villarejo arrived in prison, referring to possible mutual aid. Villarejo indicated to me the possibility of contacting, in one of my prison permits, with someone close to the Pujol family, specifically he suggested that I contact his lawyer. That happened around the middle or end of 2018. I arranged a personal interview with the lawyer that took place a little later in Madrid, at the Atocha station. The purpose of that meeting was to propose mutual aid for both parties. I offered him the possibility of acquiring certain documentation. The amount that, according to Villarejo, was requested from them was eleven million euros. Villarejo also told me to ask them for an initial payment of two million euros, although I did not ask for that but a show of good will. After that appointment we arranged to meet in Alicante, although due to the pandemic that second appointment was not held. Later, in approximately July 2020, I called again to reconnect until they cooled off. Months later, around September, Alfonso Pazos told me that he would take over the negotiations ”. Ruiz assured the police that he never charged anything or handed over the secret documentation to Pujol’s lawyers.

Ruiz also told the police that Villarejo asked him to contact the lawyer of Oriol Junqueras, the former Catalan vice president of ERC convicted of the Catalan independence process. “He asked me to contact his lawyer, who has a Dutch surname and his name was Andreu. Villarejo told me on one occasion that he had come across Oriol Junqueras in the Penitentiary Center module and they commented on the possibility of helping out (…) I told Villarejo that I had not been able to locate [al abogado de Junqueras]Well, it wasn’t easy for me to say no to Villarejo ”.

When the Anti-Corruption Prosecutor’s Office, after months of investigation, launched several arrests last October to dismantle the criminal plot, the judge authorized a search in cell number 1 of the Estremera prison. Villarejo was present. On the table in his cell, the police found a purple folder with the label “Operation Catalonia” and 48 pages inside.