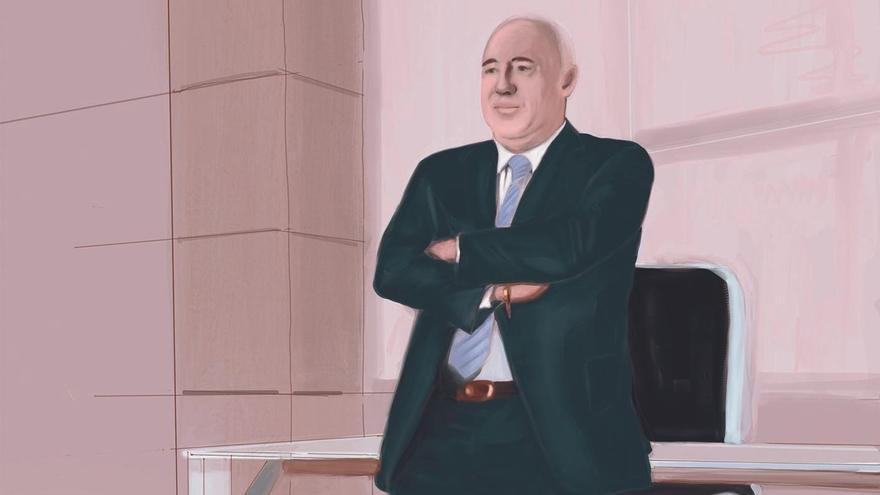 Salvador Pérez García was caught by the innovation process of the time without the ability to react. In that decade of the 50s, the Granada-born muleteer had to feed half a dozen mouths, too many for the tight profit derived from street vendors in the Alpujarra, an area he traveled with a cart pulled by a mule. So when the competition took a step forward, replacing the slow walk of the equine with the ISO, the revolutionary motorcycle that appeared in 1952, to arrive earlier and cover more market, Salvador had no choice but to give up that business and abandon forever. Guadix, following in the footsteps of so many Andalusian emigrants who at that time only glimpsed the future by turning their eyes to the north.

In his case it was his sister who cleared the way. Years before, Fica, married to a carpenter, had left town to land in Elche, where her husband was easily managing to secure his wages. His continuous recommendations for Salvador and Soledad to follow in his footsteps ended up convincing the Pérez-Vázquez couple, who at that time had already brought Pepe, Soledad, Salvador, Joaquín, Pedro Antonio and Juan Ramón (Manolo, the last child, was later in the city of Elche).

After installing the family in the newly created neighborhood of San Antón, Salvador Pérez began to work in Facasa, a shoe factory, but that did not last long since the head of the family was really driven by commerce. That is why he decided to set up a store that, a few years later, became a supermarket of the Spar chain in Elche, which was followed by a similar one in the Benacantil building on San Juan Beach, businesses that were incorporated by the children.

Also Read  The hell of Christian women kidnapped by jihadists

The appearance of the Pryca hypermarket cut short the profitability of the store in San Juan and, from there, initially following the direction set by the older brother, they tried truck transport. Along that road, where only the first-born, Pepe, remained, the first variant arrived that gave way to the germ of the Soledad Group with the union of the rest of the brothers: Three trucks loaded with two thousand tires from Germany only found a buyer for a third of the cargo.

Given this, Salvador, Joaquín, Pedro Antonio, Juan Ramón and Manolo unloaded the rest of the product in a lot that, unexpectedly, began to receive an incessant trickle of visits to acquire wheels until stocks were exhausted in a few days, a circumstance that turned on the light of the business.

As a result of that, a small workshop was created on a site in the Tres Hermanas de Aspe industrial estate, where a dilapidated bus settling on one side of the land became, after properly fitting it out, the company’s offices and changing rooms (the image of that lot with the bus-office today presides over the company’s boardroom in the luxurious building of the Elche Business Park).

That is where the Soledad Group started, which focused on the tire by importing tires from Europe to distribute to factories such as Firestone in Bilbao or Continental in Madrid, until closing the circle of life of the tires giving utility to the rubber. The company diversified the business and grew like foam, always conserving one hundred percent of its share capital after articulating a family protocol that would ensure its future by laying the foundations for its proper functioning.

In fact, today we are talking about Joaquín (vice president of the company) as we can personalize in Salvador (president), appoint Juan Ramón (general director), or highlight Pedro Antonio and Manuel (directors of sales and workshops). All of them, with positions arranged in order of birth, share the noble area of ​​the Soledad building, with offices separated by fine glass, opening the way for a second generation that upon arrival has found a group with more than a thousand workers spread over a group of companies dedicated to the tire industry, from its production, through distribution and marketing, to renewal and recycling with the treatment of rubber to be used in sectors as diverse as footwear, playgrounds, road paving and bridges and construction.

Today, in addition to creating, recycling and serving tires anywhere in Spain and Portugal, they export to more than thirty countries, manufacture machinery for blades, rubber for footwear, molds and expansion joints for bridges, and have a network of gas stations spread over the entire peninsula and have entered the field of industrial building construction. So your product is part of, among other things, the network of bridges in Saudi Arabia and Egypt through expansion joints, the Riyadh metro, anti-seismic supports in Mexico or as a rubber cushion to suppress vibrations from the high-speed rail in Japan, among other things.

Joaquín, vice president of the group, embodies the social face of the company with his presence at the head of the Social Council of the Miguel Hernández University or the presidency of Cedelco (Círculo Empresarial de Elche y Comarca), but the business is a thing of brothers. Of a united family and with clear things, that goes smoothly.

Also Read  The train advances in Kenya hand in hand with China but with great impact on elephants, livestock and the environment | On the front line | Future Planet