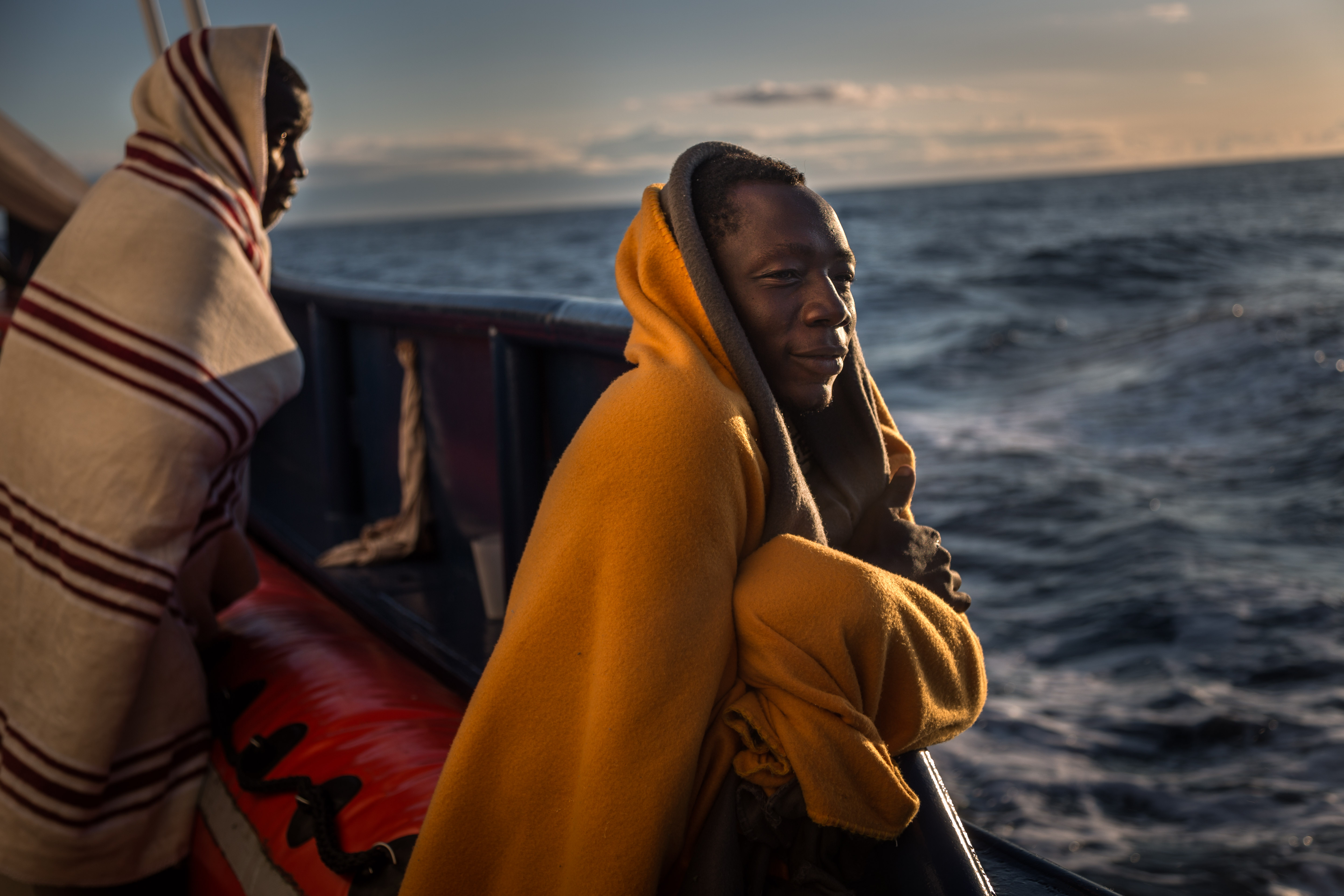 It is not the story of a rescue. Nor the journey of the 79 immigrants who were shipwrecked in the Mediterranean for days. It is not an enumeration of the obstacles of European migration policies, nor is it the idealistic desire of a group of Basques to change them. The documentary Aita Mari, premiered on April 28 and expected to be on the billboard at the end of summer, it is not only that. Rather, it is the story of some brave volunteers who wanted to respond to the migration crisis with the resources they had: a tuna boat with more than 17 years of life and about to go to scrap and a fund from the Basque Government and some individuals . In almost an hour and a half of film, two years of recording are summarized from the beginning of the reconstruction of the ship to the first mission at sea. The cameras of Javi Julio (San Sebastián, 43), the director, are in a window to this committed crew and to European inaction.

They searched everywhere: fishing boats in Rotterdam, trawlers in Zurich … What the Basque NGO Salvamento Marítimo Humanitario (SMH) never imagined is that the boat they would end up adapting to rescue migrants would be a tuna boat from Getaria, a town 20 kilometers away. from its headquarters, in Zarauz. When they found him, Íñigo Gutiérrez, a member of SMH, called Julio, whom he knew from other projects, and asked him to tell about it in a documentary. “He told me that in three months he would be ready to sail,” says the director ironically and laughing. The bureaucratic stumbling blocks lengthened the project almost a year and a half longer than expected. “It was not easy being freelanceThe truth is … I sacrificed a lot of my family’s time, but I had to tell this story, “explains the head of the production company on the other end of the phone. Nerve.

Also Read  Do not shoot the comedian: Tuesday and Thirteen made macho jokes but Spain laughed and RTVE charged it

Thanks to this change in plans, the documentary is a careful review of the illusions, the fights and the impotence of a group of activists with the willingness and the equipment prepared to set sail, but with several refusals from the Government. Throughout the tour, another of the protagonists is the auzolan: a term in Basque that means “team or community work”. “The Aita Mari witnessed many miracles and one of them was the people. People don’t know the power they have ”, Julio sums up, alluding to a song by the Catalans María Arnal and Miguel Barcés. “In the NGO they asked for help through the nets to load the boat and the next day 70 volunteers appeared. For people to be capable of transforming the quality of the places where they live, it also seemed something to teach me ”, he narrates.

I did not want to do a game about whites rescuing blacks. You can talk about immigration policy, but you can’t let people die at sea

This town found its way to improve its environment “taking people out of the sea” with the shipwrecked as a priority and “without the slightest intention of victimizing them.” “I didn’t want to make a movie about whites rescuing blacks,” explains the director, who criticizes that “you can talk about immigration policy, but you can’t let people die in the sea.” Sneaking between the calls to the lawyers, the drafting of the press releases, the captain’s talks and the nursing consultation on board, the documentary approaches the day-to-day of the group, without heroics or paternalism.

It is September 2019 in San Sebastián. The ship Aita Mari –Named in homage to José María Zubia, who died rescuing three fishermen in 1866– It has been ready for a year and without permits to set sail. “It was necessary to find solutions and devise ways to force the machinery to be able to remove the ship”, says in the feature film Gutiérrez, by SMH. And the way to achieve this was to move winter equipment to refugee camps on the Greek island of Lesbos. A month later the Spanish Government authorizes them only to bring aid and on the condition that they do not carry out rescue work. “It was the first step, it was a small victory within a great battle.”

Once the humanitarian aid has landed, the NGO asks the Greek Government for a dispatch to return to Pasaia (San Sebastián) and, with the authorization, they return through the Central Mediterranean to assist in the search and rescue area (SAR, for its acronym in English). A few days later, they spot a black boat in the middle of nowhere with 79 sub-Saharan Africans inside, including six women and a child, whom they rescue. The next six days are waiting on the high seas and anger at the silence of the authorities who requested a safe port in which to dock. “If what we brought were weapons, we would already have open ports. But since they are people … ”, reflects another member of the NGO.

More than a year has passed, more than 380 people saved, and yet much remains the same. This crew managed to dock at the port of Augusta, on the Italian island of Sicily, on Tuesday, after four days adrift. The 50 castaways, all men and Moroccans, have already tested negative for coronavirus and the crew awaits their results “and the instructions of the Italian authorities.” It is time to wait again to return to the sea.