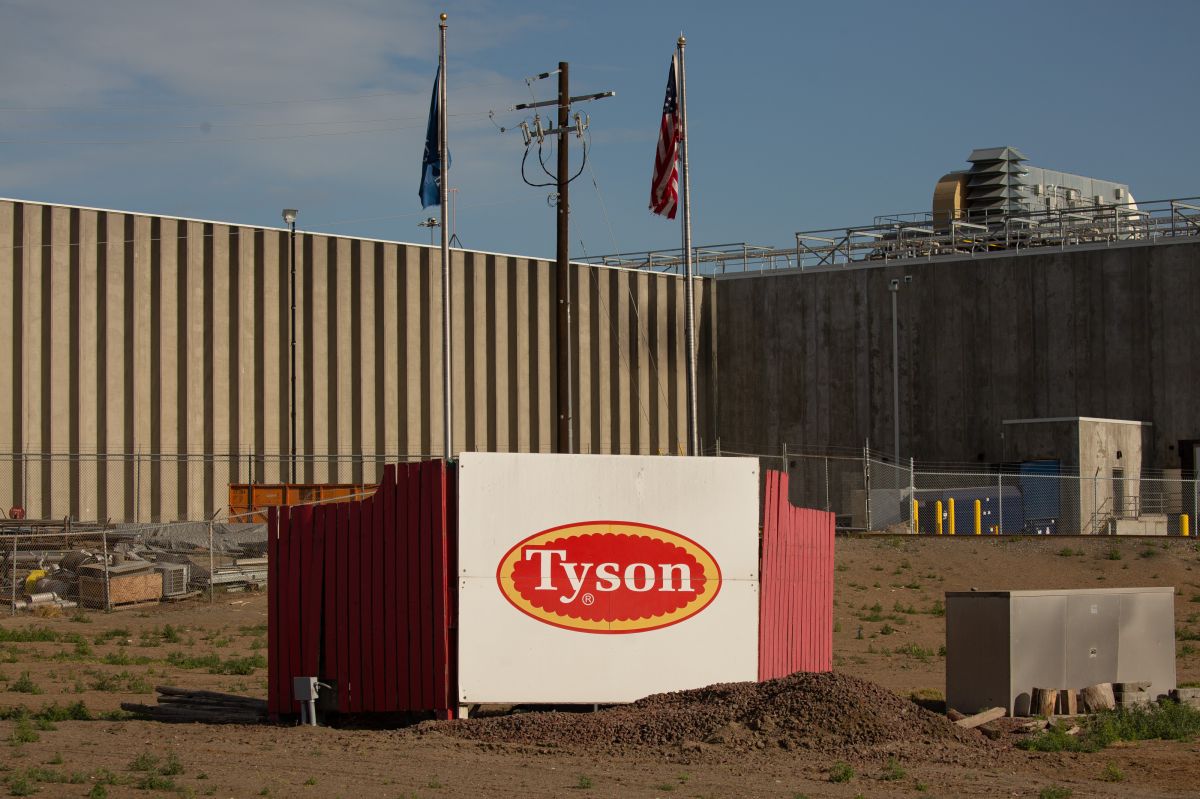 Tyson Foods produces 20 percent of pork, beef and chicken in the United States.

Tyson Foods Inc., has suspended Iowa plant managers accused of participating in a bet on how many employees would get sick from contracting COVID-19.

The suspension comes a day after the family of Isidro Fernandez, who worked at the pig plant before dying from complications from COVID-19 on April 26, filed a lawsuit alleging negligence on the part of the company at the Waterloo plant.

The CEO of Tyson Foods, Dean Banks, said he was “extremely upset” by the claims. The manager affirmed that if the accusations are confirmed “we will take all the necessary measures to eradicate and eliminate this disturbing behavior of our company.”

“We have suspended without payment, the people allegedly involved and have hired the law firm Covington & Burling LLP to carry out an independent investigation led by former Attorney General Eric Holder, ”Banks said, according to an agency report. AP.

The Waterloo plant is the largest swine facility in the country and employs 2,800 workers. Tyson facilities have experienced coronavirus outbreaks causing the temporary closure of some of them.

Since the pandemic began, according to court records, More than 1,000 Waterloo plant employees have been infected with COVID-19. The place Business Insider documented until May about 4,600 cases and at least 18 deaths recorded. A count performed by Leah Douglas from Information Network on Food and Environment, noted that until July at least 10,000 employees had contracted COVID-19.

According to court documents, the company’s supervisors were instructed by the defendants to deny the existence of confirmed cases or positive tests inside the Waterloo plant facility in March.

The lawsuit notes that managers transferred employees between plants after some tested positive for coronavirus. without requiring them to quarantine themselves.

Between March and mid-April, Tyson leaders they refused to close the plant. It was at this time that Tom Hart, the manager of the Waterloo plant and defendant, arranged a cash bet and the winner would take it all for supervisors and managers bet how many employees would test positive for COVID-19, according to the lawsuit.

Employees complained about the lack of personal protective equipment and to ignore the policies of social distancing and a rigor in taking temperature with precision. The lawsuit states that non-English speaking employees mistakenly believed they could return to work even when ill.

The company offered $ 500 in thank you bonuses to employees who showed up for each scheduled shift for three months, based on submitted documents. Banks said in a statement Thursday that the company “has invested hundreds of millions of dollars to transform the facility,” including the Waterloo plant.

Tyson finally suspended work at the plant on April 22, 10 days after more than two dozen employees were admitted to a hospital emergency room.

Court documents mention that in March, high-level executives lobbied with members of Congress, White House officials, including the president. Donald Trump, to protect them from COVID-19 mitigation efforts.

In addition, it is noted that the directors pressured Governor Kim Reynolds to issue an executive order establishing that only the state government and not local governments had the authority to shut down businesses in Northeast Iowa, where the Waterloo facility is located, as reported by the NPR in April.