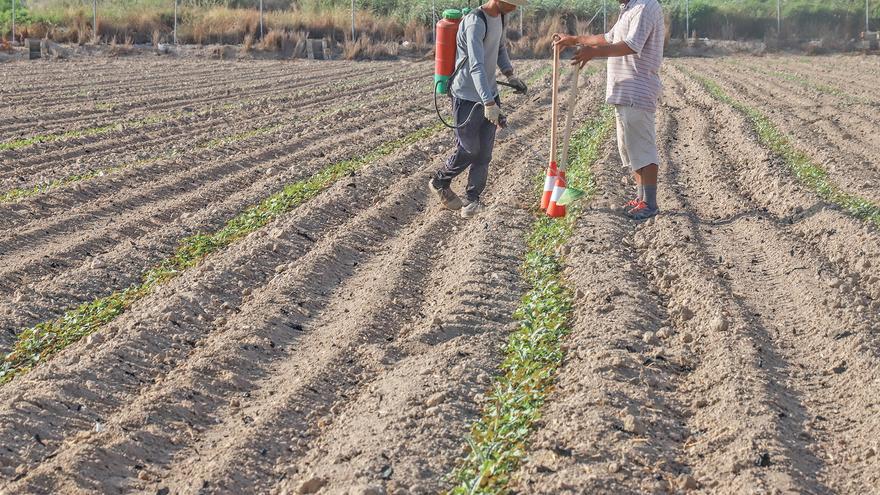 This plan, as Sellés describes, would be a wake-up call, a high-level summit between the presidencies of the autonomous governments and the President of the Government of Spain to clarify the route, to prevent the citizens of the province of Alicante from continuing to feel deceived and for agree on stable solutions over timeor. Sellés considers that the reduction in the water supply guaranteed by this new decision of the Ministry of Ecological Transition represents a strong blow to the whole of the Alicante economy, to its productive sectors that need water and, above all, “points to a closure due to demolition one of our star sectors, which generate more jobs, register more exports and more population settle in rural municipalities: agriculture ”.

The president of Uepal also criticizes the decision to increase, at the same time as the amount of water destined for the province is reduced, the use rate alreadymortification of the infrastructure of the Tajo-Segura canal. “It is one more turn of the screw, one more example of how the large amounts of money that they lent to the banks in times of crisis are irrecoverable, but the claim for the cost of infrastructure for SMEs and micro-SMEs that generate employment and wealth is claimed” Sellés said.

Sellés is convinced that dialogue and agreement are the one way out and solution to this issue. “Thus, at the time, the exploitation rules that were set out in the Memorandum were accessed – which lowered the level of reserves in the headwaters of the river – with the promise that these amounts would last forever. The answer today is that they have deceived us again, and the unfortunate thing is that we have no response from the organizations and political positions of the Valencian Community who have competence in this matter ”.

“Without the Tajo-Segura transfer there is no recovery. And our land will not be on an equal footing to overcome the crisis that the pandemic has generated ”. This is how bluntly the president of the Business Union of the Province of Alicantes has expressed himself today, in relation to the attempts to reduce to a minimum the contributions of water to Alicante, Murcia and Almería.

Sellés describes the survival of the transfer as “essential and essential for the economic recovery of the province of Alicante, of the whole territory that benefits, and as a basic element of social progress in the provinces of Alicante, Murcia and Almería “. And it demands unity of political and social action for its defense in the face of the announced cuts in the amounts disbursed.

In this way, the president of Uepal, Juan José Sellés, supported every initiative in defense of the current transfer model, with its current exploitation rule, and rejected any attempt to further reduce the contributions from the head reservoirs as proposed by the Government. In this sense, he identifies as “very positive” the territorial agreements such as the one established today in Murcia between the president of the Region, Fernando López Miras, and the president of the Alicante Provincial Council, Carlos Mazón in joint defense of the current levels of transfer of this infrastructure.

In his opinion, it is necessary to develop all political and social action until the Government understands the importance that this infrastructure has for the whole of Spain, as a producer of wealth, as a generator of employment, for its export muscle and for the development of R + D + i that it produces directly and indirectly in the agri-food industry. “For all these reasons, we are aware of the importance of the territorial agreements between Alicante, Murcia and Almería in defense of an infrastructure that is the engine of economic progress in Spain, to which we express all our support from the Alicante business fabric”, he added.