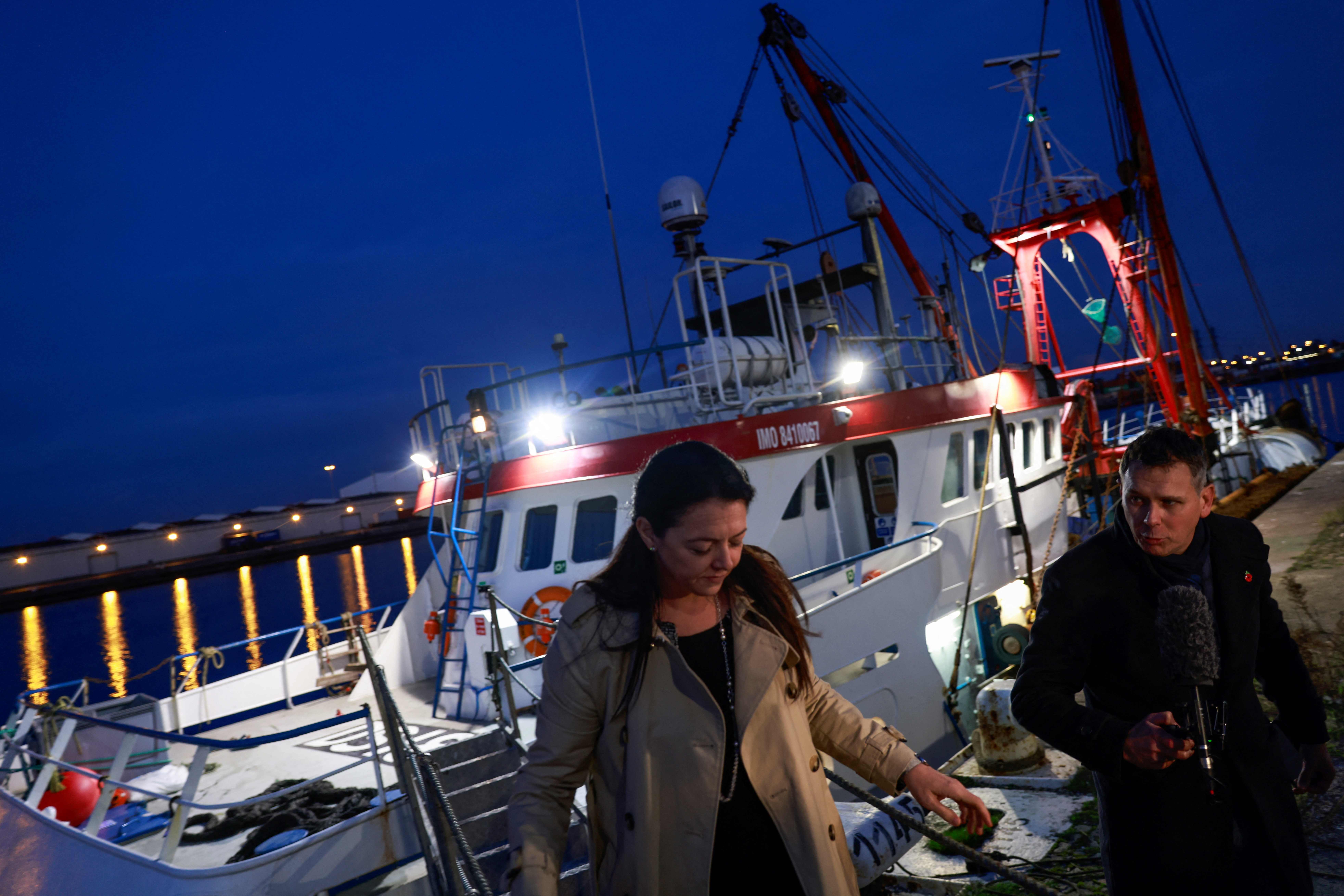 The Government of Boris Johnson has demonstrated its conviction that, at least when it comes to Brexit, the signing of an international treaty is only the first step for a constant renegotiation and reinterpretation of what has been agreed. It is a game of patience in which whoever gets angry loses, and London tries to use the anger expressed by Paris, at the treatment received by its fishermen, to present itself on the legal and fair side of this conflict. If the Executive of Emmanuel Macron accuses Downing Street of reneging on its promise to allow the EU to continue fishing in its waters, at least until 2026, Johnson’s ministers accuse France of having breached the terms of the trade agreement that the United Kingdom and the EU signed with strenuous effort. “We are stunned with what is happening,” said the British Prime Minister on Friday. “We fear that there is an implicit violation of the trade agreement with everything that is happening and with some of the things that have been said, and obviously we are prepared to take the appropriate measures, and to do whatever is necessary to defend the interests of the United Kingdom ”, has warned Johnson.

The French government, on the verge of patience due to the delay and obstacles imposed by the British authorities on its fishermen to renew licenses, this week detained in the port of Le Havre a boat that fished in its territorial waters without permission, according to Paris. Paradoxically, the fishing boat is Scottish, owned by the MacDuff Shellfish company. Scottish fishermen were the most irritated in their day with Brexit, and the most betrayed by Johnson’s final deal. France has threatened to ban the landing of British fishery products in French ports if the confrontation is not resolved before next Tuesday. It would also strengthen customs and health controls on British products entering the continent from the United Kingdom or vice versa, either through ships or by land. The move could further exacerbate the supply problems that the pandemic and Brexit have caused for the British. But it is mostly the language of the French government that Johnson’s ministers have clung to in expressing their apparent scandal. “Now we have to speak the language of force because I fear that, unfortunately, this British Government does not understand anything else,” went on to say the Secretary of State for European Affairs, Clément Beaune. And in the official communiqué of the French Executive, the threat of reviewing even the energy supply of the Anglo-Norman islands of Jersey and Guernsey was wielded. British territory but very close to the French coast, and with close links with that country, its autonomous government has nevertheless been the most punctilious when it comes to renewing the licenses of Norman fishermen.

Also Read  Ayuso and Casado: from the friendship of New Generations to the breakup

Four months before a very delicate presidential election, Macron will not leave in the lurch a region that gave him significant support in 2017. The French president, in an interview with the British newspaper The Financial Times, has jointly presented the fisheries negotiation and the thorny issue of the Northern Ireland Protocol as “a test of the credibility” of the British Government. “Make no mistake, it is not an issue that affects only Europeans, but all its partners [del Reino Unido]. When you spend years negotiating a treaty, and a few months later you do the opposite of what has been agreed in those matters that are least convenient for you, you are not giving a great show of credibility, ”Macron denounced.

London, and especially the negotiator with the EU, David Frost, wants to use the departure from Paris – so far just that, a departure from tone, without real retaliation – to turn the stage. Frost met today in the British capital with his Brussels counterpart, the Vice-President of the European Commission, Maros Sefcovic. The meeting was intended to address the thorny issue of the Northern Ireland Protocol. But in that matter there has been no progress. The Johnson government maintains its demand to completely review that agreement and to dispense with its supervision by the EU Court of Justice, despite the fact that all this was what Johnson signed to carry out his long-awaited Brexit. Frost has preferred to emphasize, in his public statement, the fisheries skirmish with France. Given the “unjustified” behavior of the Elysee Palace, Downing Street reserved the right to “invoke the dispute resolution mechanisms” provided for in the Trade Agreement signed with the European Union, and to carry out “rigorous processes of control and application of the law ”in its territorial waters. That is to say, even take hold of the Royal Navy to keep the French fishing boats at bay.

Throughout the day, top officials of the British Executive have broadcast – from anonymity and the demand for off the record (Do not publish verbatim or cite sources) -, to foreign media, their astonishment at the aggressiveness of a neighboring and allied government that had come to threaten to cut off the energy supply and that raised the level of the crisis to that experienced with countries such as Ukraine or Russia. London had formally convened consultations on Friday with the French ambassador in London, Catherine Colonna. But only at half gas. It was not convened by the Foreign Minister, Liz Truss, but by the Secretary of State for Europe and the Americas, Wendy Morton, who had not been seen in another like this and who has chosen not to give much publicity to the meeting. The EU supports the French government, but maintains a medium distance for the moment. Sefcovic has encouraged the United Kingdom “to intensify its talks with the European Commission and with France to resolve soon the pending issue of fishing licenses.” André Tardieu, Prime Minister of France up to three times in the first decades of the 20th century, has already confirmed “the disgust that Anglo-Saxons feel towards the systematic construction of the Latin mind.” A century later, Paris and London remain tough opponents at a negotiating table.