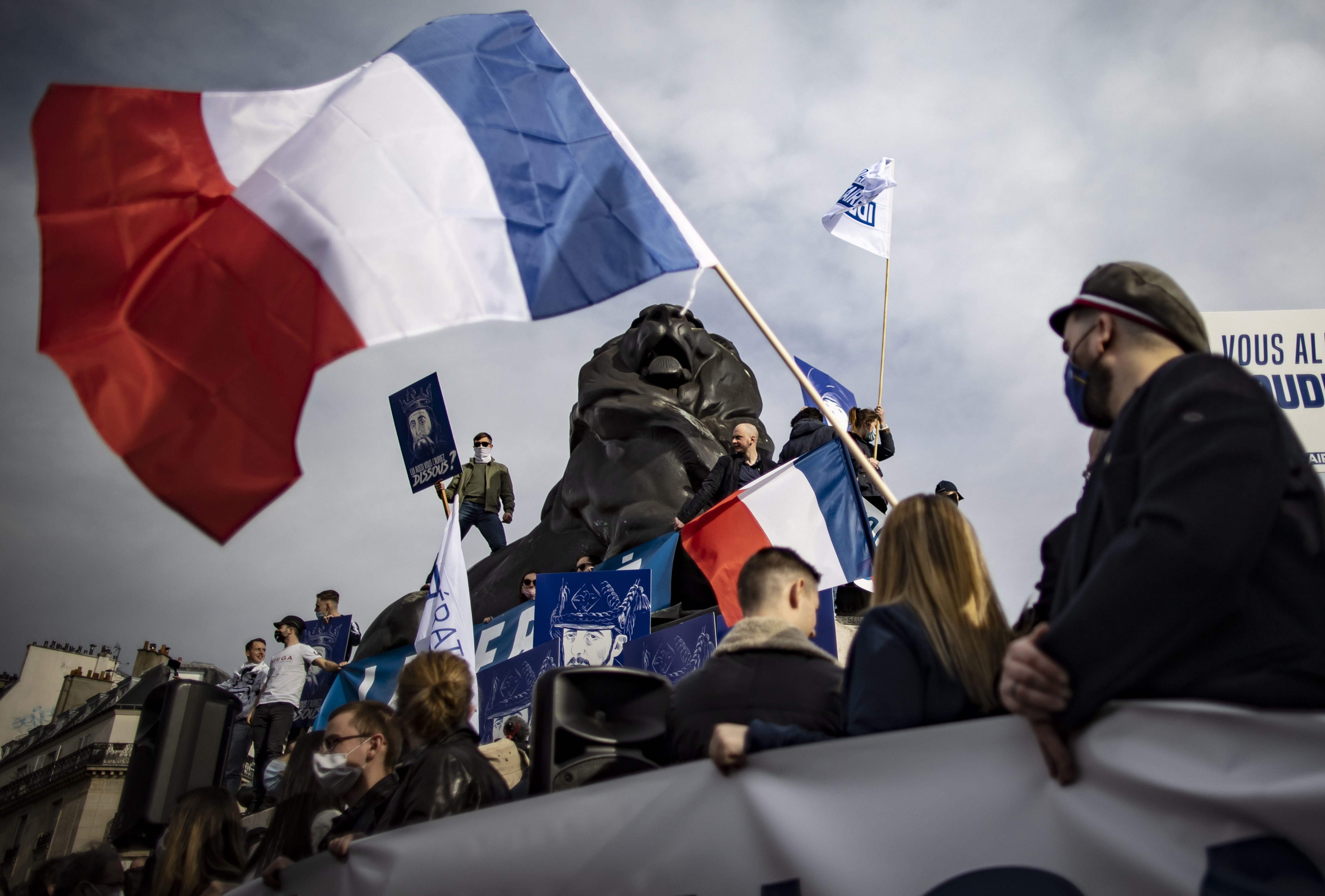 It was a triple action in different countries and against three different organizations of the nationalist right or the extreme right. The same day and in the space of a few hours. The coincidence reflects a common desire to draw red lines with the ultras at a time when, precisely, these lines are blurred and some ideas of the ultras parties – on immigration, sovereignty or borders – are installed in the center of the world. debate.

On March 3, the French Government dissolved the Génération Identitaire small group. On the same day, it was learned that the German secret services had placed Alternative for Germany (AfD), the main opposition party in the richest and most populous country in the European Union (EU), under surveillance, a decision that was later blocked by an administrative court. temporary.

Both gestures coincided with the departure of MEPs from Fidesz, the party of Hungarian Prime Minister Viktor Orbán, from the parliamentary group of the European People’s Party (EPP), the first in the European Parliament, the Christian Democrat family that, together with the Social Democracy, built the EU.

“We are relieved that our speech is no longer going to be contaminated by Orbán. However, now we are worried that we are fattening the extreme right, ”says MEP Esteban González Pons, vice president of the European popular group and promoter of the vote that led to the departure of Fidesz.

The three recent decisions are disparate. If they happened on the same day, it was accidental. Nor do they respond to the same plan, nor are those who adopted them comparable entities: the French Council of Ministers, the Office for the Protection of the Constitution (BfV, the name of the German internal secret services) and the European popular group. And the object of the action is different: a marginal movement like Génération Identitaire; a great party in a scrupulous democracy with respect for civil rights, but also with vigilance against those who seek to alter the constitutional order; and the party of a head of government who sits alongside his colleagues in the European Council.

“Neither the ban on Génération Identitaire nor the surveillance of AfD is at odds with the long-standing practices of the French and German states,” says Cas Mudde, professor at the University of Georgia in the United States, and author of The far right today (Paidós, in Spanish). “Orbán’s expulsion should have occurred a long time ago, and what has caused it, mainly, has been more his personal attacks against prominent EPP politicians than his destroying democracy in Hungary.”

A common spirit drove the decisions of March 3: to contain or remove from the democratic terrain the radical right in its many variants. The agreement, at the end of 2020, to condition European funds on respect for the rule of law, is part of a similar effort. In Austria, the Government has initiated the procedure to ban the symbols of the local branch of the identity movement.

“There is a subtle link between these three recent events,” says Alberto Alemanno, Jean Monnet Professor of European Law at the Paris School of Higher Studies in Commerce. “They mark an imminent reordering of the political landscape in the EU,” he adds.

Alemanno recalls that, so far, plans to unite the European populist far-right have failed. Their sensibilities — pro-Russian and anti-Russian, government and anti-establishment parties, economically liberal or pro-protectionist and state intervention, national-populist and old ultras — were too far apart to coincide in a movement. However, attempts to curb these groups could have the counterproductive effect: united against the establishment that supposedly seeks to silence them.

“The EU’s extreme nativist right”, says Alemanno, “could be strengthened by this rather late attempt by current governments to make them adapt to constitutional values, notably the rule of law. This union of the extreme right can have profound consequences both in national politics in the Dutch, German and French elections, as well as in the politics of the EU, with a rearrangement of political groups and the erosion of the parliamentary majority in support of [la presidenta de la Comisión Europea, Ursula] von der Leyen ”.

“What has led to the departure of Orbán”, analyzes González Pons, “is a possible meeting in a group of the extreme right, which is within the system, of a series of parties that can become the third or second group of the European Chamber: Orbán’s merger with the Italian League and PiS [el gubernamental partido Ley y Justicia] Polish gives rise to a group of more than one hundred MEPs. They overtake the Liberals of [el presidente francés] Emmanuel Macron and they are close to the Socialists ”.

The Spanish MEP makes a distinction between two extreme rights: the same as always and what he calls the illiberal right. The first, which would correspond to the Identity and Democracy group in the European Parliament, goes against the system, according to González Pons. The second – represented in the Conservatives and Reformists group in Parliament – participates in principle in the rules of the game, governs in countries such as Poland or Hungary and could be strengthened thanks to Orbán.

Professor Mudde is skeptical about the scope of the recent gestures. “There is no European strategy to deal with the extreme right,” he says. “And I don’t see any significant change in the way the parties of the majority right treat the radical right. While in some cases they are no longer welcome in coalitions, as in Austria and the Netherlands, in others they have recently become parties capable of participating in coalitions, at least at the regional level. This is the case of Portugal and Spain ”.

The end of the common front against Le Pen in France?

All the polls almost certainly assume that Marine Le Pen, the candidate of the far-right National Regrouping (RN) party, will go through the second round of the 2022 presidential elections, probably against the current president, Emmanuel Macron. If this forecast comes true, it would be a repeat of 2017. So Macron got 66% of the vote; Le Pen, 34%. Several polls suggest that this distance could be reduced significantly next year. Le Pen would lose, but would reach up to 48% of the vote, and Macron 52%. The margin is too narrow for the president to sleep easy. The Republican front – the union of voters of the left and right against the extreme right – seems a thing of the past.

As the political scientist Jean-Yves Camus, of the Jean Jaurès Foundation, explains, the sanitary cordon is not broken, in general, because the party apparatuses decide to make a pact with the extreme right. It is broken – in France and other European countries – because, for many voters, the red line has disappeared, and they opt for the ultra candidate. “The question posed by the party apparatuses is: ‘What do I do to keep my voters, who are leaving?” Says Camus. “There is a dissonance between the attitude of the parties and the fact that a part of the voters consider that the right has become a center, or a center-right, and that this is unsatisfactory.”

One of Macron’s fears, in a duel against Le Pen, is the abstention of leftists who voted for him in 2017 and who now, disappointed by policies they consider to be on the right, would stay at home instead of blocking the way to the extreme right. “I already acted as a barrier,” the progressive newspaper recently titled Release, citing a disappointed voter. “This time it’s over.”