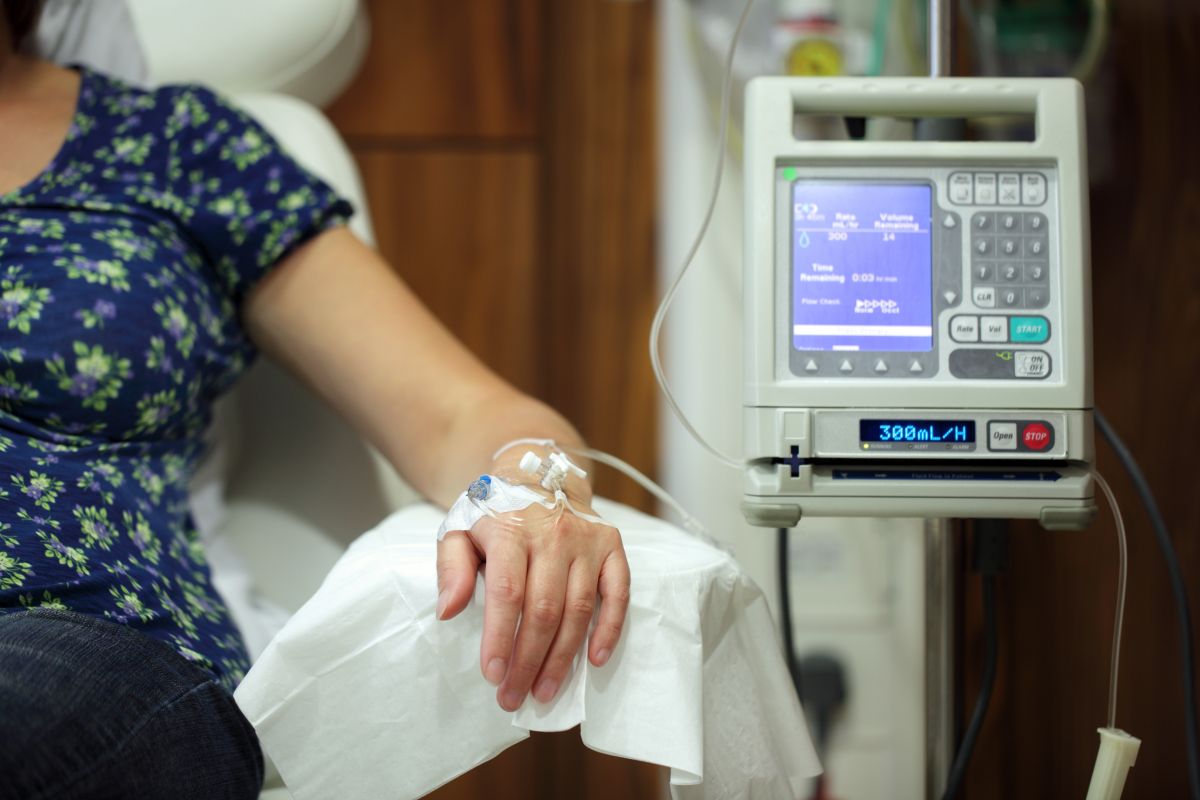 Ariadna Caballero, 22, received almost 2 years of chemotherapy and radiotherapy by mistake, and thator that it was believed to be a malignant tumor was actually gauze inside his neck, that had been forgotten after surgery.

In 2019, Caballero was diagnosed with Hodgkin’s lymphoma in her neck, a type of cancer that forms in the lymphatic system. According to the local newspaper El Mundo, which compiled her story, in July of that year she underwent surgery at the Henares Public Hospital, located in the Spanish municipality of Coslada, in the Community of Madrid, to remove the tumor.

The surgery was apparently a success, and then he was given chemotherapy treatment to finish treating the disease. However, the doctors noticed that there was a lump on his neck that was still growing. “I went through 6 double cycles, but then they decided to give me more as the lump on my neck was not reducing. Then I was also going to the hospital for radiotherapy sessions for two months, ”Caballero told the aforementioned media.

In April 2021, after almost two years receiving the treatment, the young woman was operated on again to look at the state of the supposed tumor. “They thought that the cancer had reproduced, since the swelling had grown several millimeters. I was very upset. Another anesthesia, another operation, other restless days for my whole family and for me, and on top of that they told me that I had to give me more chemo after what already happened to me, ”said Caballero.

When they opened their neck, they noticed the five-millimeter yellowish foreign body, which was actually a gauze that had been left over from the previous surgery. The suspicious lump kept growing because it also had a cyst.

“When they told me, I couldn’t believe it. It was amazing and on top of that they told me that nothing was happening. That the cancer had already been cured to spare. I asked for explanations and they pointed out that it was the fault of the oncologist, but she told me that those responsible were the surgeons who operated on me ”, said the young woman.

Caballero also indicated that several cycles of chemotherapy could have been spared and that the gauze could have caused “a very serious infection”. In addition, in the event that she has cancer again, the young woman commented that “she is at the limit” for future treatments. Therefore, Caballero has already prepared the legal complaint against the hospital.

His case adds to the list of alleged negligence of the medical center, which cost two patients their lives and left two other people with sequelae. For its part, the hospital did not comment on what happened.

They give her $ 10.5 million because the hospital left a sponge inside her and they amputated her leg in Kentucky