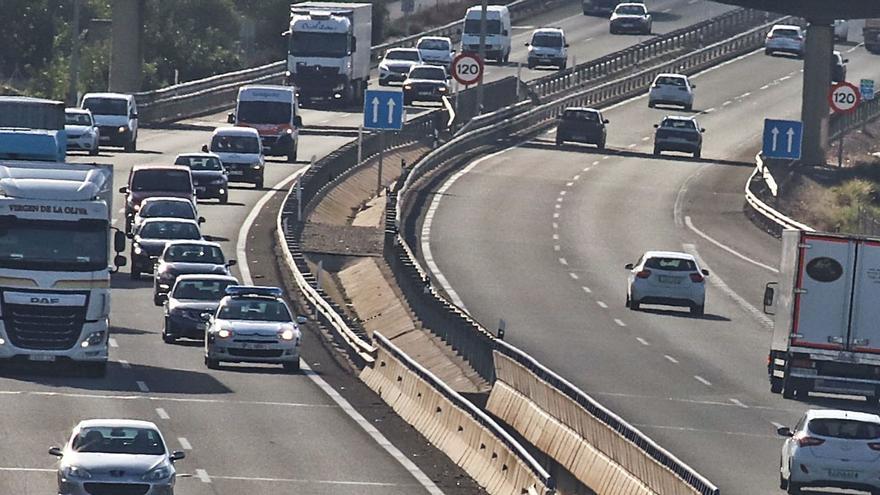 Members of Uwicore, with Javier Gonzálvez second from the left, in a file image. | SERGIO FERRÁNDEZ

The automobile industry advances in the implementation of the connected vehicle because it improves the comfort and safety of users, while enhancing the digitalization of mobility. Another of its benefits is that it offers public administrations better tools to understand and manage traffic in real time. The university group is working on all of this and some of its forecasting projects have been financed by the General Directorate of Traffic itself.

With the data of the connected vehicles it is possible to know the state of the traffic and make predictions. Another benefit for public administrations is that it requires less investment in infrastructure. In this context, Uwicore, a group belonging to the I3E Engineering Research Center of Elche of the UMH, has perfected a neural network to predict the state of traffic, through data provided by sensors that have been installed on roads.

One of the problems is the influence that the number of connected vehicles has on the accuracy of traffic intensity, density and speed predictions. That is why the development of 5G networks is very important, which allows improving the amount of data that is transmitted and its connection speed. “It seems incredible that what is going to happen on a road can be predicted with the number of factors that influence traffic,” says one of the Uwicore researchers, Baldomero Coll. However, the digital platform that was created on the UMH campus already allows making the first predictions about the state from traffic 15 minutes sight, which is a huge advance in this field.

The application of artificial intelligence techniques and 5G networks applied to the traffic environment play a fundamental role, since they help vehicles to maintain communication with each other and with the infrastructures. Artificial intelligence allows predicting the behavior of the communications network established by connected vehicles and reconfiguring it so that these “conversations”, in which some cars warn others of the maneuvers they are going to execute or of possible obstacles and dangers in the road. road, are with greater reliability and speed. Therefore, it is not a question of reacting to present problems, but of anticipating them, they assure the UMH researchers.

From Uwicore The impact of autonomous vehicles on traffic is also quantified. Autonomous driving will allow, among other advantages, the formation of convoys on motorways and highways, some groups of vehicles that they will be able to circulate a short distance without this posing a risk to their safety. Several studies have shown that this type of driving increases road capacity and fuel consumption is reduced, with its corresponding contribution to improving the conservation of the environment.

Group researchers University Uwicore ilicitana They have also shown that, without solutions that guarantee the coexistence of autonomous and conventional vehicles, these convoys would not increase the capacity of the roads. At least 15% of the vehicles that make up the mobile park they will circulate on the roads autonomously.