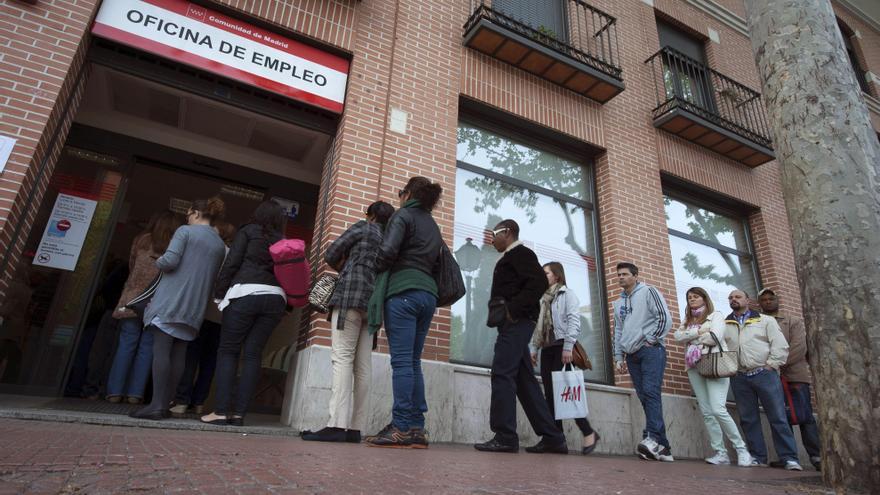 The unemployment rate in the eurozone fell one tenth in October, to 7.3%, With what accumulates five consecutive months of declines that coincide with the greater strength of the economic recovery after the covid-19 pandemic, according to data published this Thursday by the community statistics office Eurostat.

In the European Union (EU) as a whole, the rate remained stable in October compared to September, at 6.7%, although the downward trend that has been observed in 2021 in both areas.

Although the increase in unemployment was contained by the measures adopted by the Governments to face the pandemic, with schemes such as the temporary employment regulation files (ERTE) in the Spanish case, the unemployment rate rose to 8.6% in the eurozone and 7.7% in the EU in September 2020, after which it has moderated.

Among the youngest, however, the unemployment rate is double that of the general population despite the fact that it is also has been reduced in recent months.

In October, unemployment among those under 25 was 15.9% both in the euro countries and in the rest of the world. the twenty-seven, two points and one tenth lower than the September rate, respectively.

By country, Spain is still the European economy with the highest unemployment rate, 14.5%, more than double the European average, despite having fallen by one tenth in October.

In total, in the European Union there were 14.3 million unemployed people in October, some 77,000 less than in September and 1.6 million less than in October 2020, when the community unemployment rate stood at 7.5%.

In the euro area the decrease was 64,000 people from one month to another, hup to 12 million unemployed in October, and 1.56 million with respect to the same month of the previous year, when the unemployment level reached 8.4%.

Approximately one in six unemployed in October in the EU I was under 25 years old.

They are in total 2.36 million unemployed youth or a rate of 15.9%, double that among the general population despite the fact that among this group unemployment has also fallen from the maximum of 19% that it reached in August 2020.

In Spain, the rate fell four tenths in October, to 30.3%, despite which it continues almost doubling the European average.

It is only surpassed by Greece, with 33.2% of youth unemployment (although the Hellenic country reduced it by 3.1 points compared to September), followed by Italy, with 28.2% (1.4 points less). Almost one in three young people is unemployed in these three countries.

The unemployment gap is not only given by age, but also by gender, although to a lesser extent.

In the case of Spain, unemployment feminine stood at 16.1%, while the masculine it was 13% in October.

Greece, for its part, registered the most important gender gap, with 16.8% unemployment among the women and 9.8% among mens.