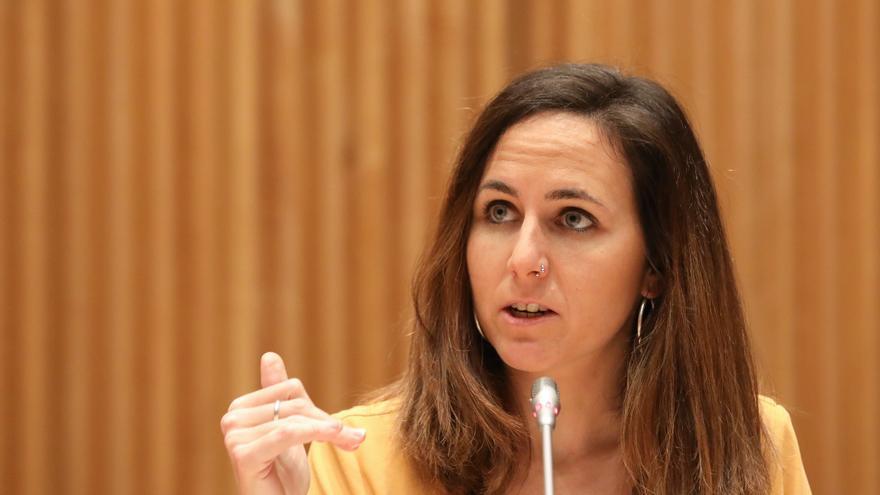 United we can turns into the pre-campaign from Castile and Leon and opens the electoral race this Saturday in a ceremony with the leader of Podemos and Minister of Social Rights, Ione Belarra. The purple space, you just seal the first coalition In this region, it sets in motion the machinery to face the first appointment of the new electoral cycle that will culminate with the general elections of 2023. A campaign start that has been marked by the debate on livestock models and its impact on emptied Spain, after the controversy that arose from some statements by the head of Consumption, Alberto Garzon.

After the open struggle between PSOE and United We Can within the Government, the purple ones will take their chest out of the open debate in the face of the elections, in a rally to be held in Valladolid and will be the first act of the new coalition in the region, formed by Podemos, IU and Green Alliance ahead of the February 13 elections called by the regional president Alfonso Fernández Mañueco.

Along with the purple leader will also be the candidate of the space in Castilla y León, Pablo Fernandez, also a co-spokesperson for the party executive, in addition to the Secretary of State for Agenda 2030 and Secretary General of the PCE, Enrique Santiago, the leader of Alianza Verde, Juantxo López de Uralde, and different territorial leaders.

In Unidos Podemos they trust that ministers are ‘distributed’ for the different acts that will take place in the nine provinces of the territory during the pre-campaign and the electoral campaign. They consider it important to build muscle in the coalition executive to alleviate the bleeding of votes suffered in the region, where in the last regional elections, Podemos went from 10 to two deputies and the United Left lost the only representative it had.

One of the The main doubts will be the role played by the next space candidate, Vice President Yolanda Díaz, in this territory. “We are going to invite Yolanda Díaz and hopefully she can be present at some campaign event or rally,” the purple candidate for the elections, Pablo Fernández, slipped at a press conference this Monday.

However, the electoral forecasts are not the most favorable and excessive involvement in the campaign could add up to a defeat before even starting to formally build his candidacy. There are those who point out that the Galician leader will participate in some punctual act always once the campaign has officially started. The negotiations of his team around the validation of the labor reform and the new rise of the SMI are the issues that now occupy the Minister of Labor.

The Consumer Minister will not attend this Saturday either in the first act of pre-campaign of the purple in Castilla y León. The IU leader will try these days to mark positions and, through interviews and appearances in the media, will seek to defend his positions after the intense debate generated within the Government for his criticism directed at macro-farms against traditional livestock.

The controversy was initially unleashed by some leaders of the PP, who accused Garzón of discrediting Spanish livestock abroad. This offensive was joined by prominent leaders of the PSOE, such as the regional presidents Javier Lambán or Emiliano Garcia Page, who asked the IU leader for rectification or termination.

However, this Monday the tensions increased after the statements of the Prime Minister himself, Pedro Sanchez, that this Monday he said “Regret very much” the statements of Garzón for not corresponding with the line of work of the Executive. A position that has generated an intense cross of reproaches between socialists and purples.

In the last they have hardened attacks by United we can, that due to the lack of support received, the PSOE and the Prime Minister affected the lack of “loyalty” and highlighted the “worrying” that socialists “defend the lie”, assuming the thesis and the “hoaxes” of the right.

When the political and media far-right attacked Ábalos with hoaxes about the Delcy ‘affair’ or his private life, we defended him.

When they attacked Marlaska with hoaxes about the dismissal of Pérez de los Cobos, we defended him.

When they attack Garzón with a hoax about his statements …

The spokesperson for United We Can in Congress, Pablo Echenique, took the opportunity to bring up some of the thorniest controversies of several of the PSOE ministers, such as the Delcy case of the former Minister of Transport Jose Luis Ábalos or the dismissal of Pérez de los Cobos by the head of the Interior, Fernando Grande-Marlaska.

A position in line with that expressed hours before by the former vice president of the Government, Pablo Iglesias, that in his speech as a talkative in RAC1 to criticize the “extremely serious” of the Prime Minister’s profile and where he took the opportunity to recall the controversy of plagiarism in Sánchez’s thesis, ensuring that, Unlike the socialists, the purple ones have closed ranks around this type of information.

Far from resigning themselves, in United We Can they want turn this latest controversy around and profit from the open debate. They consider that the Socialists are wrong to give encouragement to the accusations of PP, Cs and Vox, who accused Garzón of discrediting Spanish livestock, and believe that the majority position in rural areas is opposition to intensive livestock farms.

“We believe that it will favor us”, Assured Fernández, candidate in Castilla y León and also a co-spokesperson for Podemos, this Monday at a press conference. “In Castilla y León it is evident, incontrovertible, the unanimous rejection of the macro-farms, mayors of the PP and PSOE have spoken out against it and there is a huge social movement against the model of the macro-farms,” ​​defended the leader.

Fernández made the flag of “our extreme defense of sustainable livestock.” In this sense, he announced that “we will have significant support” for “supporting family livestock, which is what sets the population and creates employment.”