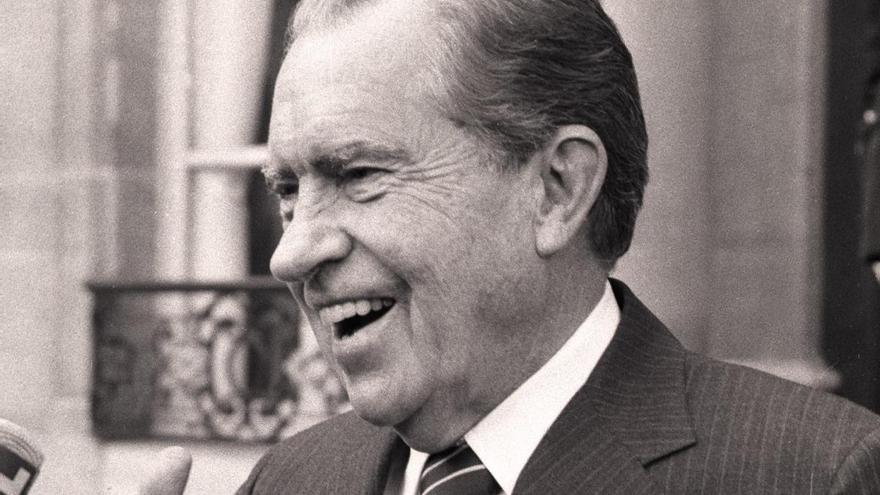 US Government documents released by the organization National Security Archive (NSA) reveal the assessments of the Administration of Richard Nixon in November 1970, after the victory of Salvador Allende in the Chilean elections and the role of Henry Kissinger in the decision to overthrow the Chilean leader.

The documents, which were secret and have been declassified, reveal the frenzy in the Nixon Administration between 5 and 9 November to assess the consequences of Allende’s victory and possible responses from the United States.

In a memorandum that Kissinger sent to the White House on November 5 for evaluation by Nixon, the president’s then national security adviser carries out a detailed analysis of the situation in which he frames Allende’s presidency as “one of the gravest challenges ever faced on this continent.”

Nixon’s adviser added that “your decision on what to do may be the most historic and difficult decision in foreign affairs that you will have to make this year, because what happens in Chile in the next six to twelve months will have ramifications that go beyond of relations between the US and Chile “.

Kissinger rates Allende as “a tough and dedicated Marxist”, deeply “anti-American” that will try “to establish a socialist and Marxist state in Chile” and that will seek to eliminate the influence of the United States “in Chile and the continent” to establish close relations with the Soviet Union, Cuba and “other socialist countries” .

“Allende’s consolidation in power in Chile, therefore, would pose several very serious threats to our interests and positions on the continent “warns in the Kissinger memorandum.

After evaluating the problems that Allende poses and the weaknesses of his regime, Kissinger raises the different alternatives that Washington has and the risks of each option: from doing nothing and allowing Allende to consolidate to “doing something to prevent it from consolidating now that we know it is weaker than it will ever be. ”

Kissinger opts for the action against Allende by stating that “in my opinion, the dangers of doing nothing are greater than the risks we face trying to do something “ and recommends that Nixon make the decision to “forcefully oppose Allende as much as we can and do everything we can to prevent him from consolidating his power.”

In addition, Kissinger recommends that Nixon adopt this position during the meeting of the National Security Council (CNS) to be held the following day to “make it clear” that the president wants “Allende to be fought as hard as we can.”

The following day, on November 6, the then CIA director, Richard Helms, presented a report on the situation to the CNS in which he related, among other details, the failed attempts by the military to prevent Allende from taking office and like the attitude of the commander-in-chief of the Army, General René Schneider “blocked” a military intervention.

With the information provided by Kissinger and Helms, Nixon expressed his conclusions during the CNS meeting on November 6: “If Chile moves as we expect and is able to avoid the consequences … it gives courage to others who are not determined in Latin America “.

“Brazil has more population than France and England combined. If we allow potential leaders in South America to think that they can move like Chile and satisfy both positions, we will have problems,” Nixon continued.

“The impression should not be allowed in Latin America that they can escape, that it is safe to go down this path, “Nixon added before concluding that” the new Latin American politicians are from a new breed. They use anti-Americanism to get to power. ”

“We must appear correct on the surface with Allende, but otherwise, we will be tough. He is not going to change; only self-interest will affect him,” the US president concluded.

In that same meeting, the Secretaries of Defense, Melvin Laird, and of State, William Rogers, agreed that the United States should “do everything we can to harm and overthrow him.”