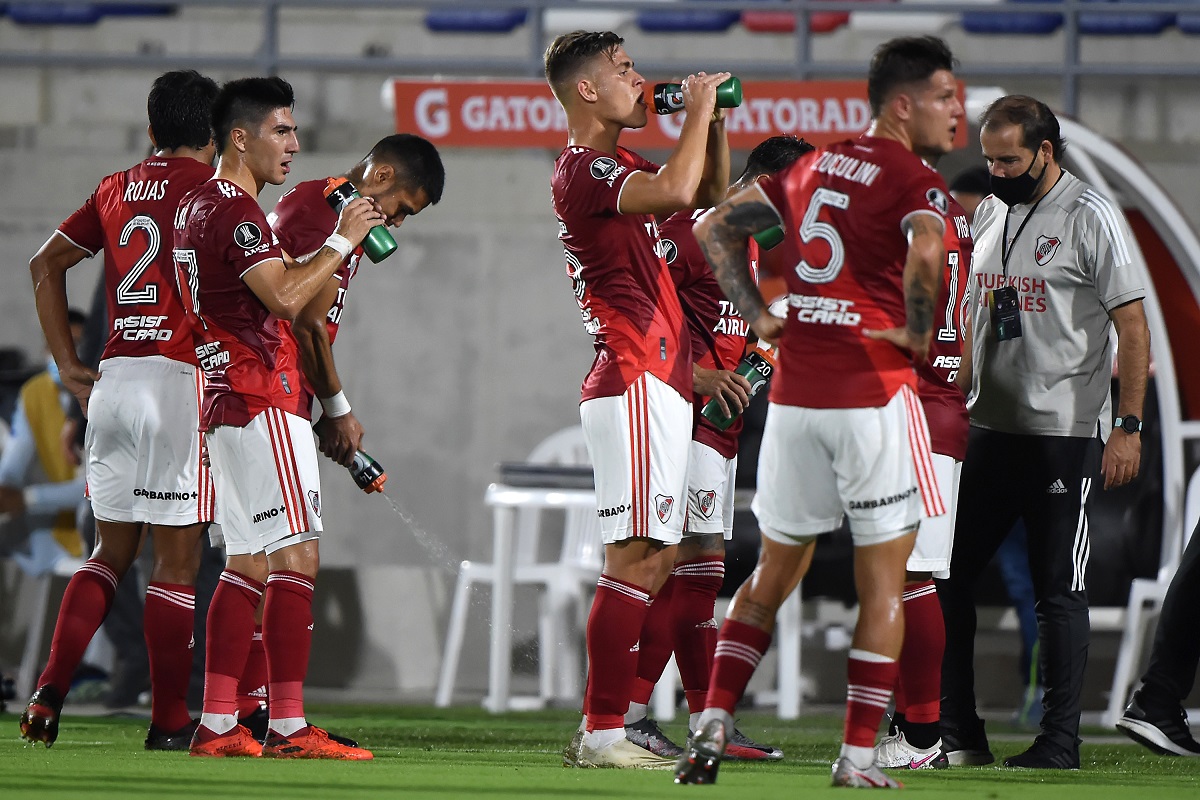 At the Romelio Martínez stadium in Barranquilla There were two battles, a night of football and a national strike in Colombia. The difference is that inside the field the dispute was with the ball and outside it a confrontation between protesters and police officers.

While Junior from Barranquilla faced River PlateOn day 4 of the Group Phase of the Copa Libertadores, in the surrounding streets, several protesters were protesting the non-realization of the match. This in the framework of the national strike that the coffee nation has been experiencing in recent days.

#Attention🚨 | This is the panorama at the moment outside the Romelio Martínez Stadium while the commitment between Junior and River Plate is developing. The fans support the # ParoNacional12M pic.twitter.com/SRwNJCHlRT

Minute 23, the breeze carried part of the tear gas to the field with which the ESMAD tried to disperse the irregular situation with civilians. The players put their hands to their faces and River’s coaching staff had to enter the locker room to wait for the gases to pass.

Diego Fernando Latorre, during the Espn broadcast in the Junior vs. River Plate, for Copa Libertadores:

“Football should have sensitivity for the power it has. It is disrespectful to talk about football when serious things happen, which really matter ”: @dflatorre pic.twitter.com/8lAFneQ7NI

Before the game it was expected that this was going to be the night. In the recognition of the field by the players, the sirens and some detonations were heard. While the tear gas affected the breathing of the footballers. Marcelo Gallardo, coach of the Argentine club, was visibly affected.

Gallardo, visibly affected by gases in Colombia. The DT had to return to the locker room when he did the field reconnaissance. pic.twitter.com/SUjhBHroJo

The irregular confrontation on the night of this May 12 takes place on 72nd street, outside the Romelio Martínez stadium.

This is the panorama on Calle 72 around the Romelio Martínez stadium. Protesters clash with Esmad while the Junior vs River Plate match is played. #VocesySonidos pic.twitter.com/G5qCnaQyjO

Before the first half break, Miguel Ángel Borja had scored this goal to overtake the local team. Paulo Díaz achieved the tie in injury time. But the result was the least.