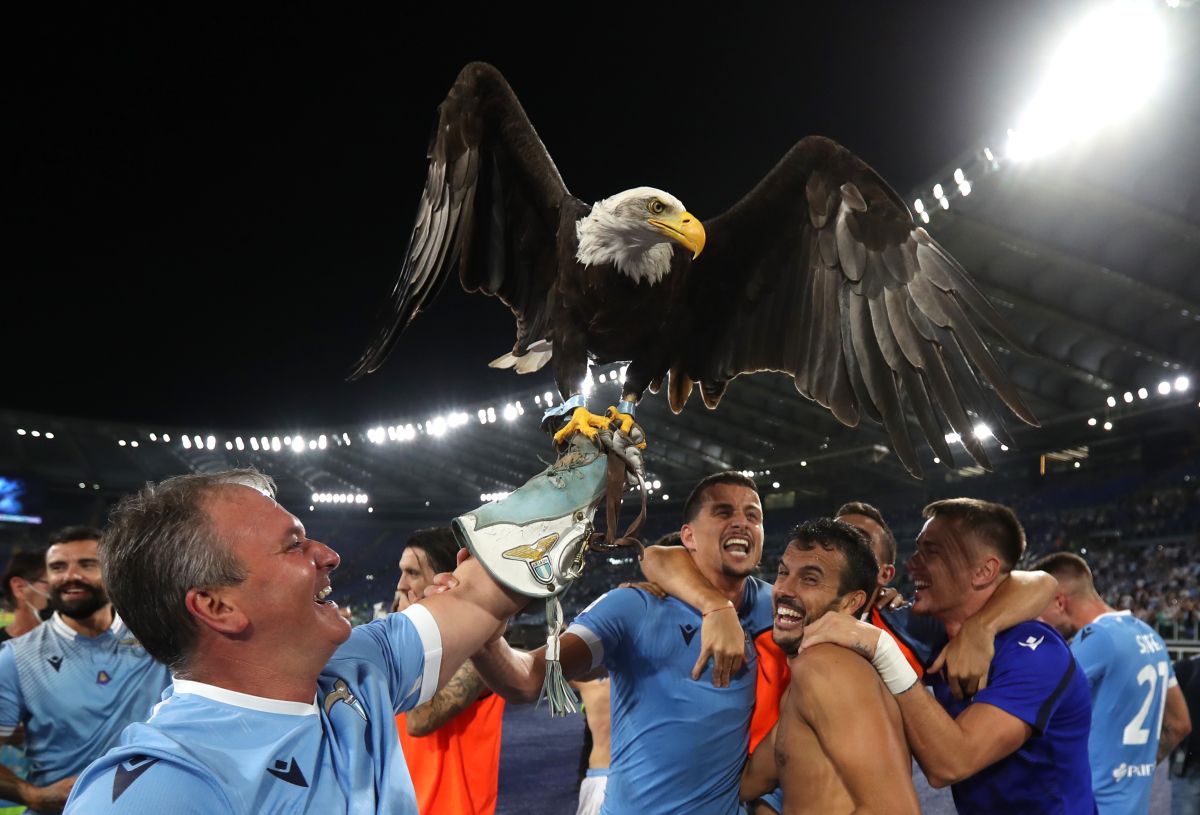 Lazio, the Italian Serie A club, reported this Wednesday that temporarily suspended the trainer of the eagle that symbolizes the team, the Spanish Juan Bernabé, and did not exclude a future dismissal, after the man was seen making some fascist gestures to celebrate a triumph at the Olympic stadium.

“Upon learning of the existence of a video in which Juan Bernabé (who belongs to a company outside of Lazio) is seen making gestures that offend the club, the fans and the values ​​that inspire us, measures were taken towards society to immediately suspend the person and the possible termination of current contracts “Lazio reported in a statement.

The Roman club highlighted that “in the past weeks” it sent a letter to the workers who collaborate with the entity so that “Its behavior respects the principles in which it was always inspired” and that “particular attention was paid to the absolute prohibition of taking discriminatory attitudes.”

Lazio’s measure was taken after it was released on the internet a video in which Bernabé is seen heading towards an Olympic tribune, with the Olympia eagle on one arm, and exchange a fascist salute with the fans.

It is not the first time that cases of fascist chants and gestures have been recorded in the Lazio fans. Four years ago, some ultras from the capital club left some stickers with a photomontage on the south end of the Olympic Stadium that showed Anne Frank wearing the Roma shirt, whose aim was to insult her rivals.

They alluded to the young Jewish woman who, between June 1942 and August 1944, remained hidden with her family in a house in Amsterdam, until She was denounced and transferred to the Bergen-Belsen concentration camp, where she died of typhus in early 1945., and which is known worldwide for the newspaper he wrote.

If in that case those responsible for that gesture were the fans, this time also a member of the club is involved in a case of fascist behavior.

Video: Luiz Felipe climbed on Joaquín Correa’s back to celebrate Lazio’s victory over Inter and was sent off