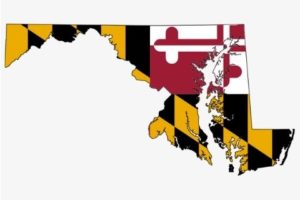 This story was updated at 4:15 p.m. April 4, 2022, to include more details and again at 6 p.m. with new details about the legislative redistricting challenge.

Gov. Larry Hogan’s office said Monday that he will sign a new proposed congressional map into law, allowing a judge to rule on the newest version after rejecting an earlier one.

The Democratically controlled General Assembly in Annapolis was forced to draw a new map after Senior Judge Lynne A. Battaglia, in Anne Arundel Circuit Court, found that the original map that the legislature created in December violated Maryland’s constitution. In that map, Montgomery County was split into four districts.

The Sixth District stretched across much of western Montgomery County, and the Eighth District snaked through the middle of the county and covered much of the region inside the Capital Beltway.

The Third District — which covered parts of Harford and Baltimore counties and most of Howard County — included much of the eastern part of Montgomery County. The Fourth District covered the remaining portion, in the east.

Battaglia ruled that that map was “an outlier and a product of extreme partisan gerrymandering.” She ordered the General Assembly to draw a new map. The legislature then drew and approved a map that split Montgomery County into three districts.

Hogan’s office said Monday that he agreed to sign this map into law, as long as Democrats, led by Attorney General Brian Frosh, dropped their appeal of Battaglia’s decision on the first proposed map.

Battaglia still needs to rule on the new map. She said last week that she was waiting to see how the governor would act before making a decision and how the appeal process with the Court of Appeals would turn out.

The state’s legislative map — which decides districts for state delegates and senators — is currently being challenged by Republicans in a trial before the Court of Appeals. The Democratic-led General Assembly also created that map.

Hogan said in a news briefing on Monday that, as a special magistrate, is expected to release a report on that map soon, based on his review of the case. The court has appointed a retired judge to serve as a special master to help with fact finding and research, Hogan added.

Retired Court of Appeals Judge Alan Wilner, who is a special magistrate in the legislative challenge case, released a report on Monday. He recommended denying the four petitions to the court that argued in favor of redrawing the map.

WIlner’s report will go to the Maryland Court of Appeals, which will decide the case.

On the issue of multi-member districts versus single-member districts for delegates, Wilner wrote that it deserves attention in the courts, but there isn’t enough time to resolve it during this election cycle.

“To strike down a provision of the Maryland Constitution (Art. III, § 3) that has been an integral part of our redistricting law for 50 years, with a general election on our doorstep and a legislative session about to end, can create as much mischief as it resolves. The entire legislative redistricting plan would need to be reviewed and much of it rewritten,” Wilner wrote.

Late Monday afternoon, the Court of Appeals set April 8 and 11 as deadlines for new filings in the case, followed by another hearing on April 13.

Steve Bohnel can be reached at [email protected]