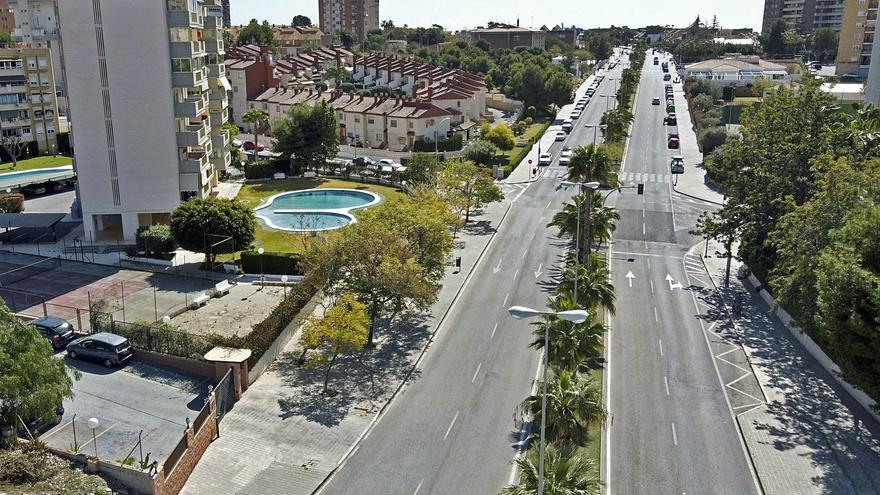 Among those projects already prepared, which are at the expense of the budget being injected into Urban Planning, are the park in PAU 2 -which came to be included in the accounts of last year, still in force-, the redevelopments of the coastline in San Gabriel, from Calle San Mateo, from the second phase of Divina Pastora, around the Plaza de San Antonio, from the avenues of Jijona, Ramón y Cajal and Pintor Gastón Castelló. Also on the list are actions on industrial estates (Avenida del Zodiaco and Llano del Espartal), along with blueprints on Aguilera and Catedrático Soler avenues (where it is intended that one road is an entrance and the other exit from the city and that would mean an investment of more than 20 million euros). In addition, a tactical urban planning action is included on Costa Blanca avenue, in the surroundings of Cabo de la Huerta, where it is intended to withdraw traffic in half of the lanes (go from four to two), to expand the space allocated to sustainable mobility, including bike lanes. Of these 26 already drawn up, seven are part of the Edusi, the urban recovery initiative between the surroundings of the two castles in the city, which would exceed six million in total.

To these projects, another twenty urban initiatives will be added in the coming months, which is in the process of being drafted for a global value of 26.5 million euros. Among them, the third phase of the redevelopment of the Esplanade stands out (the works of the second phase are estimated to be completed in June), the redevelopment of main roads in the city and neighborhoods of Alicante, together with projects such as the Capçalera de Innovació ( in the old slaughterhouse) and performances in Tabarca, in addition to advances in the coastal corridor, among others.

Also Read  Ismael Clemente, the myth of the real estate market who grew up in humility

Already underway, according to the mayor of Urbanism, there are eight projects, which he will join in the coming months – if it is finally included within the sustainable investments that will begin to be known after the approval of the 2021 accounts – the pedestrian walkway and the southern access bike path, to link the infrastructure between the Euipo and the Urbanova road. These projects total 11 million euros. “We are working on the drafting of numerous projects aimed at improving the lives of citizens, expanding sidewalks, with new parks, in a bid for sustainable urban planning. We look at the city from an ecological point of view, with more pedestrian zones. An urbanism of the 21st century“Said Mayor Pérez at the end of the meeting this Monday.

The socialist Trini Amorós was interested in the projects included in the 2021 Budget, while the rest of the left was more critical. The spokesperson for United We Can, Xavier López, regretted “the limited progress in the important projects of the city that are reflected in the opinion.” His counterpart in Compromís, Natxo BellidoHe also fears the lack of execution of the projects: «We remain very concerned about the lack of investment from the bipartisan. Everything is entrusted to a remnant that we do not know how much it will include, or when it will be ready to use ».

Fontcalent Commission: illegal dumping and protection of the environment

The Plenary of Alicante constituted this Monday the Fontcalent Valley Protection and Recovery Commission, which will meet every month from now on with three main objectives: “to protect the health of Fontcalent residents”, to draw up a Fontcalent Recovery Plan “In view of its saturation by dumping, illegal dumps and other attacks on the environment” and to study the Declaration of Saturated Solid Waste Zone in the Fontcalent area, “After evaluating how many studies and jobs it is appropriate to undertake for this purpose.” The work plan was promoted from the PSOE and had the support of the rest of the Corporation.

Also Read  Olympic Games: Being a woman and a black woman in Ecuador: a panda on our shoulders | Olympic Games 2021