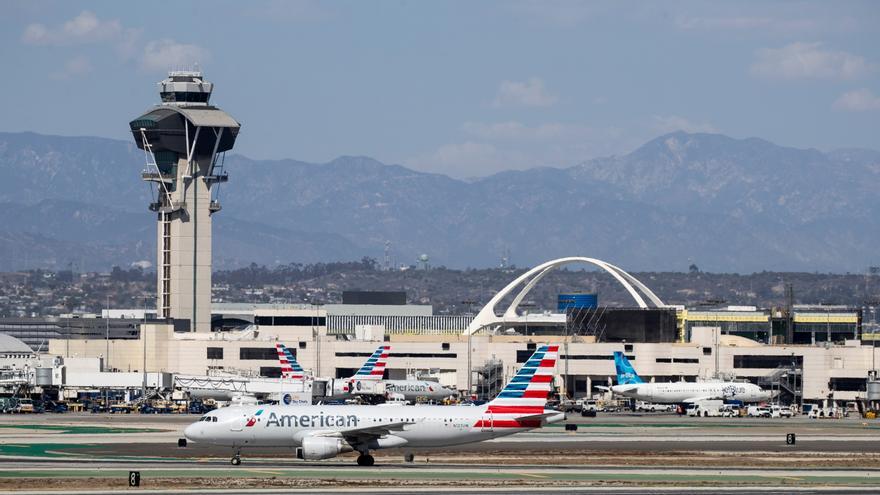 The main US airlines asked the US government on Monday to block the transmission of 5G signals in a radius of 3.2 kilometers (2 miles) around airport runways, two days before that technology is activated. Airlines for America, which represents the main passenger and cargo carriers, warned that, if that does not happen, the launch this Wednesday, January 19, of the new 5G frequency bands in the United States will have “catastrophic” consequences in the operations of commercial airlines in the country. “The ripple effect on both passenger and cargo operations, our staff and the economy in general is simply incalculable,” the association said in a letter sent to several federal government representatives. “To be frank, the nation’s trade will come to a standstill,” he added.

The companies warned that new frequency bands from 3.7 to 3.8 gigahertz (GHz), the so-called C-band spectrum, which will give networks greater geographical reach and faster signals, can cause many aircraft security systems to become “unusable”. In particular, airlines and aircraft manufacturers such as Airbus and American Boeing are concerned that the new 5G signals could interfere with aircraft radio altimeters, which measure the distance between the aircraft and the ground, as well as the data systems that They help planes land.

To address those concerns, telecommunications companies AT&T and Verizon agreed this month to delay two weeks the launch of the new 5G frequency bands, until this Wednesday, January 19. The agreement of the US Department of Transportation with these companies contemplates the creation in up to 50 airports of areas where interference will be mitigated of 5G signals for six months, but the airlines assured in their letter that this will not prevent “flight restrictions”.

The companies, including American Airlines, United, Delta, JetBlue and Southwest, complained that the list of airports does not include the ones with the most traffic in the country, which can cause “the vast majority of of passengers and cargo. “On a day like yesterday (in which there was a snowstorm in the east of the country), more than 1,100 flights and 100,000 passengers would be affected by cancellations, diversions or delays,” they warned. The Federal Aviation Administration (FAA, for its acronym in English) announced this Sunday that it estimates that a dozen types of aircraft, representing 45% of the United States fleet, will be able to land when visibility conditions are poor once 5G signals are activated. The agency plans to approve other types of aircraft in the coming days and estimates that this will allow 48 of the 88 airports most affected by the interference of the new 5G bands to operate, but acknowledged that there may still be disruptions to flights in the country.

The letter from the airlines, joined by logistics companies such as FedEx and UPS, states that, despite these FAA measures, “there are huge portions of the operational fleet that might have to be grounded indefinitely.” “In addition to the chaos that will cause domestically, this lack of usable wide-body aircraft has the potential to strand tens of thousands of Americans abroad,” the letter alleges.