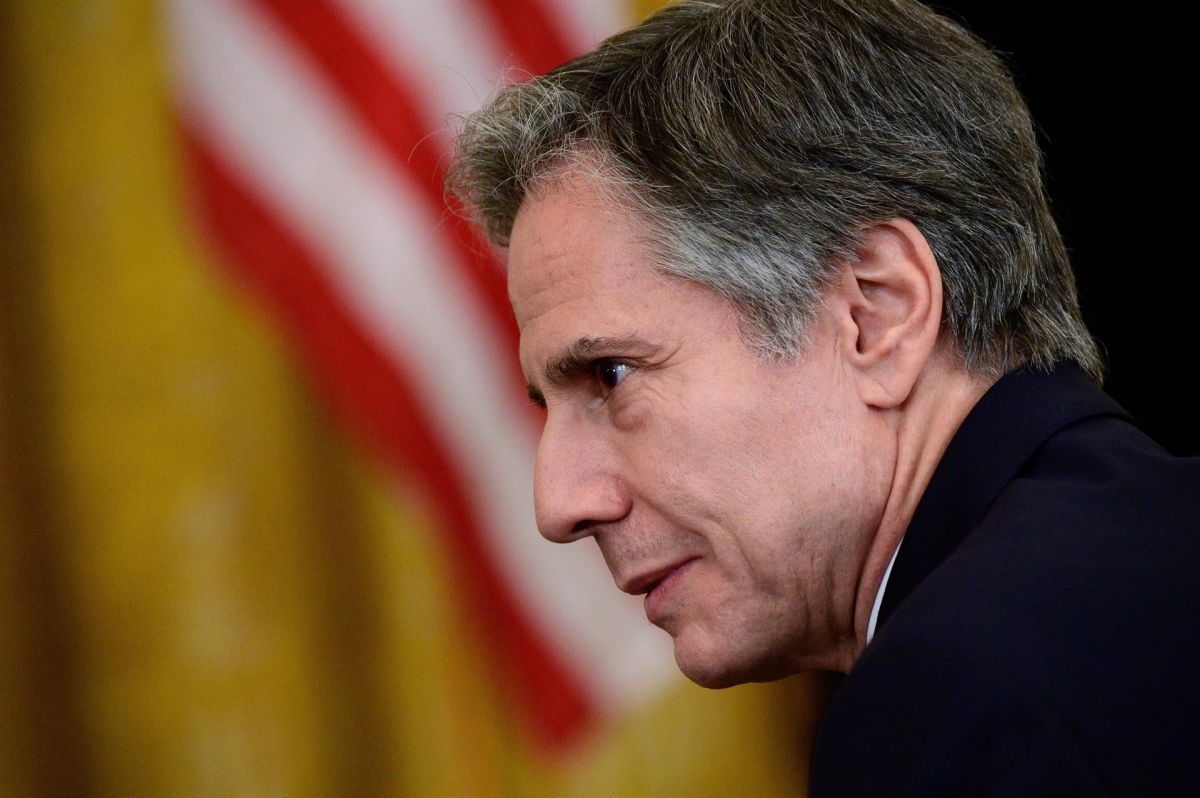 After condemning the forced diversion of the plane carrying the Belarusian opposition journalist Raman Protasevic, Antony Blink, Secretary of State of the United States demanded the immediate release of the communicator.

And not only that, the high official condemned “roundly” the diversion of the flight to Minsk of the plane where he was on board Protasevic.

Faced with this situation, the US official said that the Government of President Joe Biden is closely coordinating on this matter with its allies, including those responsible for the European Union (EU), Greece and Lithuania.

It was the president himself, who ordered the diversion of the Ryanair airline flight to Minsk airport, in which the journalist Protasevic was traveling from Athens to Vilnius.

The crew of Ryanair flight FR4978 “It was notified by the Belarusian air traffic control service of a potential security threat on board and was instructed to divert (the plane) to the nearest airport, Minsk,” the airline said in a statement posted on Twitter.

Blinken noted that, given indications that the crash landing was based on falsehoods, Washington supports a meeting of the Council of the International Civil Aviation Organization (ICAO) as soon as possible to address this event.

“This shocking act perpetrated by the Lukashenko regime it endangered the lives of more than 120 passengers, including US citizens, “stressed the head of US diplomacy.

Blinken also expressed his “deep” concern about the reports that indicate an involvement of the security services and Belarusian military aircraft to escort the aircraft in which Protasevic was traveling.

The US Foreign Minister recalled that independent media are an essential pillar for law enforcement and a vital component in a democratic society.

“USA. condemns again the continued harassment of Lukashenko regime and the arbitrary detention of journalists, ”said Blinken, who supported Belarusians’ aspirations for a“ free, democratic and prosperous future ”and their calls for their government to respect human rights and fundamental freedoms.

Protasevich, whose medium was the main source of information during the first weeks of anti-government protests following the rigged presidential elections in August 2020 and who was living in exile in Lithuania, was in search and capture.

The journalist was one of the founders of the Poland-based Telegram channels Nexta and Nexta Live, with more than 1.2 million followers.

Nexta was recognized as “extremist” in October last year in Belarus and its two founders were accused of organizing riots and instigating social hatred.

The Belarusian KGB also put them on a list of people implicated in “terrorism”, crimes for which he can be sentenced to 15 years in prison or even the death penalty, according to the opposition.