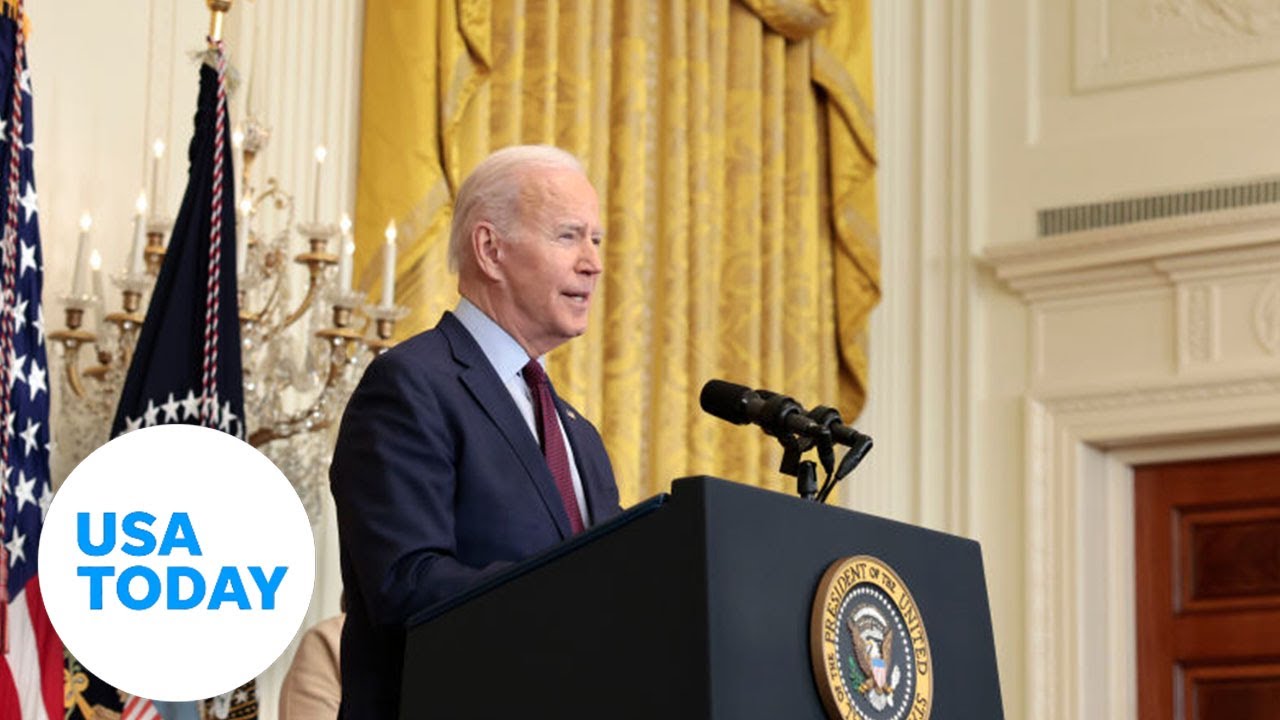 WASHINGTON – President Joe Biden will announce a ban on the US import of russianenergy in the latest effort to ratchet up sanctions over Russia’s invasion of Ukrainea familiar source with the announcement told USA TODAY.

The White House said Biden on Tuesday morning will announce “actions to continue to hold Russia accountable for its unprovoked and unjustified war on Ukraine.”

The source, who spoke to USA TODAY on condition of anonymity in order to discuss the announcement, said the speech would focus on the forthcoming ban on Russian oil, liquefied natural gas and coal.

US and European allies had previously insulated Russian oil from the sweeping economic sanctions placed on Moscow, citing its effect on the global energy markets. But the ban is expected to deliver a devastating blow to the Russian economy, which relies on oil and gas production for more than 40% of the country’s revenue.

Though Russia doesn’t export much oil to the US, the ban is expected to drive up prices that have already soared at the gas pump.

“In the short term, you’re going to see prices definitely go up,” said energy expert Gianna Bern. “How much, it remains to be seen, and where and how the void gets filled.”

But Bern, a finance professor at the University of Notre Dame’s Mendoza College of Business and author of “Investing in Energy,” called the ban “the biggest opportunity to make a dent in” Russia’s coffers.

“The oil and gas imports that have been coming into the United States needed to be addressed,” she said.

Biden’s announcement comes as the White House faced mounting pressure in Congress to act on Russian energy. A bipartisan group of lawmakers said Monday it had reached a deal for a legislative path forward to ban the US import of Russian energy products and suspend trade relations with Russian and Belarus over the invasion of Ukraine.

White House press secretary Jen Psaki said no decision had been made as of Monday, when asked about the legislation.

US can ban imports more easily than Europe

While the US has closely coordinated with allies in imposing sanctions, it would be more difficult for European countries to ban imports because of its greater dependence on Russian oil and gas.

“It’s going to be a headache here. Make no mistake. Maybe more of a migraine,” said Patrick DeHaan, head of petroleum analysis at GasBuddy, which monitors fuel supply and prices. “It’s not the end of the world for the US, but it would be much closer for Europe.”

“I would look at it through a different prism than past coordinated efforts,” Psaki said Monday when asked about the US potentially banning Russian oil.

Energy companies including ExxonMobil and BP have moved to severe ties with Russia, despite Western reluctance to cut off Russian energy imports. Shell, which apologized for purchasing by Russia crude oil after the invasion, said it would shut down its operations in the country and no long purchase Russian oil.

Also Read  Here's how the Fed raising interest rates can help get inflation lower, and why it could fail

Live updates on Ukraine:Civilian evacuation begins in Sumy as Ukraine warns refugees could be forced to Russia: Live updates

How high will gas prices go?:Why are gas prices rising so quickly? And how high are they expected to get?

The Biden administration has released oil from the Strategic Petroleum Reserve at ease prices.

But the national average for a regular gallon of gas broke the all-time record in the United States on Tuesday. The average cost was $4.17, an increase of more than 50 cents from last week, according to AAA.

The administration has been talking with large oil producers and suppliers around the world about how to mitigate the impact.

Psaki was pressed Monday about conversations administration officials have had with oil-producing Venezuela, Iran and Saudi Arabia – countries accused of committing human rights abuses or other troublesome acts. She said discussions with those countries have been on a range of issues.

“It’s in everyone’s interest to reduce the impact on the global oil marketplace,” she said.

But New Jersey Sen. Bob Menendez, the chair of the Senate Foreign Relations Committee, said Monday that the administration’s efforts to stop Russia should not be undercut by propping up Venezuelan President Nicolás Maduro.

“The democratic aspirations of the Venezuelan people, much like the resolve and courage of the people of Ukraine, are worth much more than a few thousand barrels of oil,” he said in a statement.

Bern said the US could fill the gap by increasing imports from Canada and Mexico.

But she said pump prices might not fall until the price of crude oil rises so much that the transportation sector and everyday drivers reduce their use in response, decreasing demand.

DeHaan said cutting off Russian oil could send record-high gas prices in the US even higher for the summer driving season.

“It’s difficult to parse out, but I think we’re headed to $4.50” per gallon, DeHaan said. “By the summer driving season, by the Memorial Day weekend, it’s really going to pinch Americans who are living check to check.”

Higher prices could remain for months, rather than just days or weeks, he warned, with price hikes affecting all types of fuel, including gasoline, diesel and jet fuel.

Shortly before the announcement, the head of the Republican National Committee Biden attacked over high gas prices, without saying whether the GOP supports the import ban.

Instead, RNC Chairwoman Ronna McDaniel said in a statement that “American families are feeling the pain at the pump, and Biden and the Democrats do not care and are making it worse.”