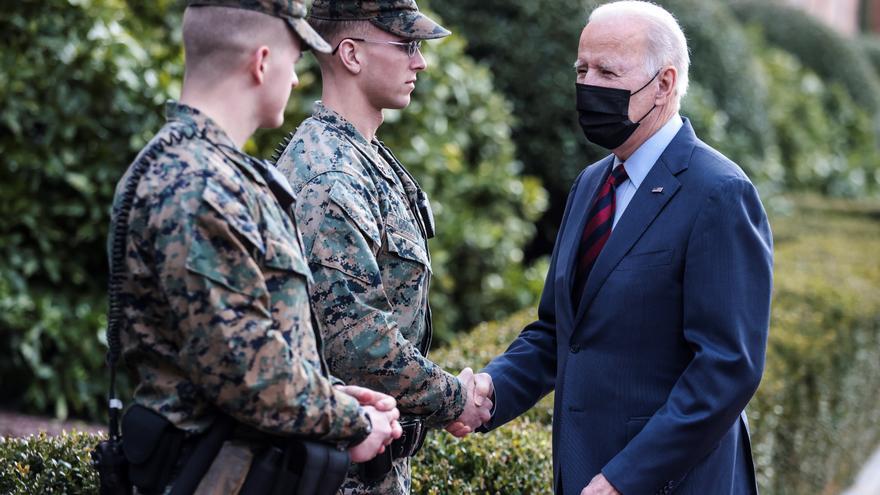 Russia received on Wednesday the written response from the US to the security guarantees it requires to stop the expansion of NATO and the placement of offensive weapons near its borders, the Foreign Ministry said in a statement.

The answer was delivered to Russian Deputy Minister Alexandr Grushkó by the US ambassador to Russia, John Sullivan.

“On January 26, Russian Deputy Foreign Minister A. Grushkó received the US ambassador in Moscow, John Sullivan, at the request of the latter,” the official note indicates.

During the meeting, which, according to Russian media, lasted about half an hour, the US diplomat delivered the written response to the proposals on security in Europe that Russia demanded from the US at the end of last year.

Sullivan left the Russian Foreign Ministry headquarters without making a statement to the press.

Russia is now also awaiting the response of the Atlantic Alliance in what is a key week for diplomatic efforts aimed at preventing a Russian attack or invasion in Ukraine, on whose border it accumulates more than 100,000 soldiers.

This Wednesday, Russian Foreign Minister Sergey Lavrov said that Russia expects a “constructive” response from the US and NATO to its demands.

“If there is no constructive response, and the West continues its ‘aggressive course’, as the president (Vladimir Putin) said, we will take the respective response measures,” Lavrov warned.

Russia has previously said it would take “necessary military-technical” measures in the event of a Western refusal to address security in Europe with an emphasis on Russian demands.

The security guarantees demanded by Russia include a halt to further expansion of the Alliance, in particular to Ukraine and Georgia, the cessation of all military cooperation with the former Soviet republics and the withdrawal of NATO troops and weapons from positions they occupied before 1997.

Russia specifically proposed a draft treaty to the US and an agreement to NATO.

With regard to the US, Moscow proposes that Washington exclude the deployment of nuclear weapons outside the borders of both countries and the return to their silos of weapons already deployed before the entry into force of the binding document it proposes.

Both sides would also commit to the destruction of the existing infrastructure for this abroad, in addition to ceasing to carry out nuclear tests and training civilian and military specialists from other countries.

“In a nuclear war there can be no winners,” Moscow said in its proposal.

The draft of the treaty alludes to several agreements signed between 1971 and 1989 by the Soviet Union and the United States, although the Kremlin denies that its initiative supposes “a revision of the results of the end of the Cold War”.