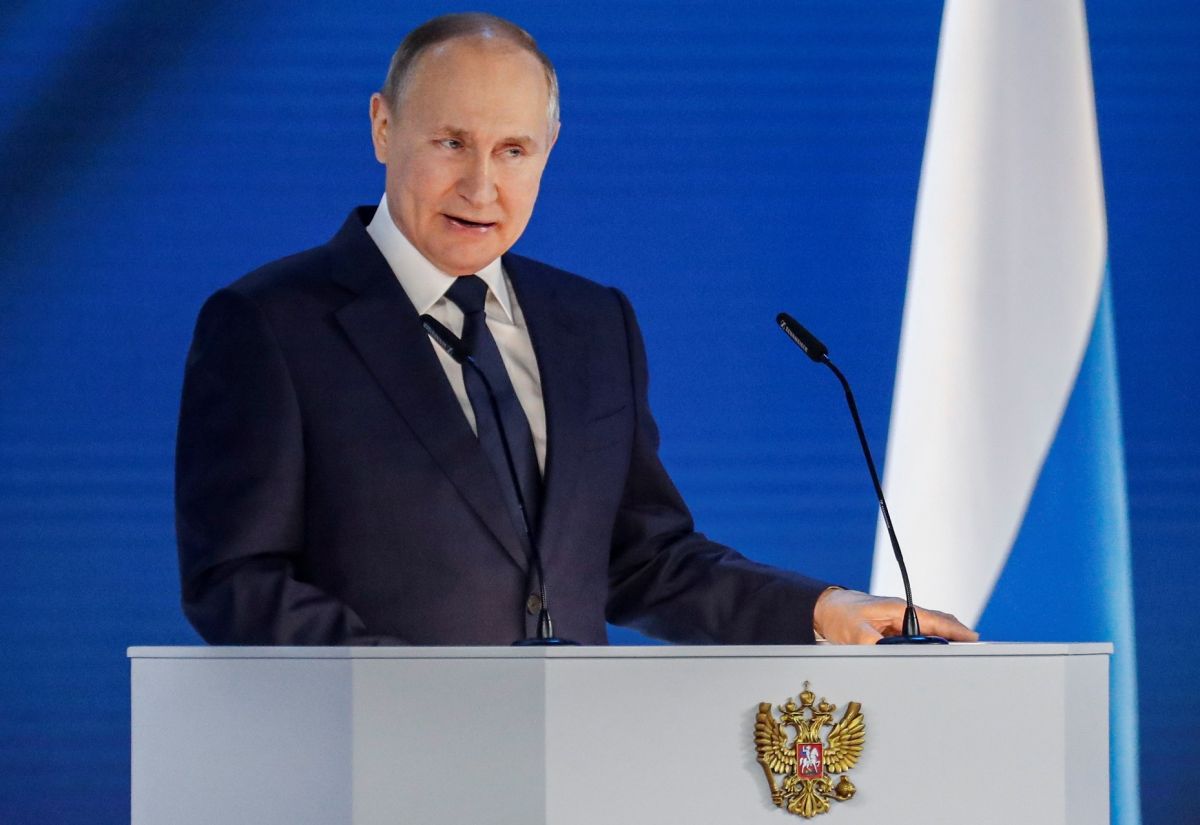 The Russian president issued a warning to those who “cross the red lines.”

The United States Strategic Command issued a position on the danger of an “unpredictable” nuclear armed conflict.

“The spectrum of the current conflict is not linear or predictable,” the Command posted on its Twitter account. “We must take into account the possibility that a conflict will lead to conditions that could very quickly lead an adversary to consider the use of nuclear weapons as their least bad option.”.

There is no specific reference to a nation, but the United States and Russia have intensified their differences, following the president’s sanctions. Joe Biden to the government of Vladimir Putin, which led to a reaction from the Kremlin with the suggestion to the US ambassador to leave the country.

The Biden Administration expelled 10 Russian officials, following reports that confirmed Russia’s intervention in the 2020 elections, something it also did in 2016, according to US intelligence reports.

#USSTRATCOM Posture Statement Preview: The spectrum of conflict today is neither linear nor predictable. We must account for the possibility of conflict leading to conditions which could very rapidly drive an adversary to consider nuclear use as their least bad option. pic.twitter.com/4Oe7xkl05L

Putin warned this Wednesday that he will regret any provocation and that his government will respond “asymmetrically, quickly and harshly” if any country decides to cross “red lines,” the Efe agency reported.

“We do not want to burn bridges, but if someone perceives our good intentions as apathy or weakness and intends to burn those bridges, then they must know that Russia’s response will be asymmetric, fast and harsh.”said the president in his speech on the state of the nation before the Federal Assembly. “They will regret it as it has been a long time since they have.”

The Biden Administration indicated that Putin’s message is not taken as “something personal”.

“I don’t think we take anything that President Putin says personally. We have tough skin “the White House spokeswoman said, Jen Psaki.

The spokeswoman insisted that Washington has made it clear that it wants a “stable and predictable” relationship with Russia.

“And we don’t think it should continue on a negative trajectory,” he said.

The Biden Administration seeks a better rapprochement with Russia, although recent sanctions have emphasized their differences. The climate issue could be a way to find common ground, just like with the Chinese government.

The US Special Envoy on Climate Change, John Kerry, who visited China last week, stressed this Wednesday in a talk with The Washington Post that without the Asian giant there is no way to solve global warming, regardless of the differences it maintains with Washington in other areas.

Kerry announced that China has decided to sign the joint statement as a result of the meeting, where the leader Xi Jinping recognizes climate change as a global crisis.

“China has used the word crisis for the first time,” said the former secretary of state, who hopes that at this meeting Xi will make an announcement on “what he is going to do to address this immediate challenge by 2030.”

With information from Efe