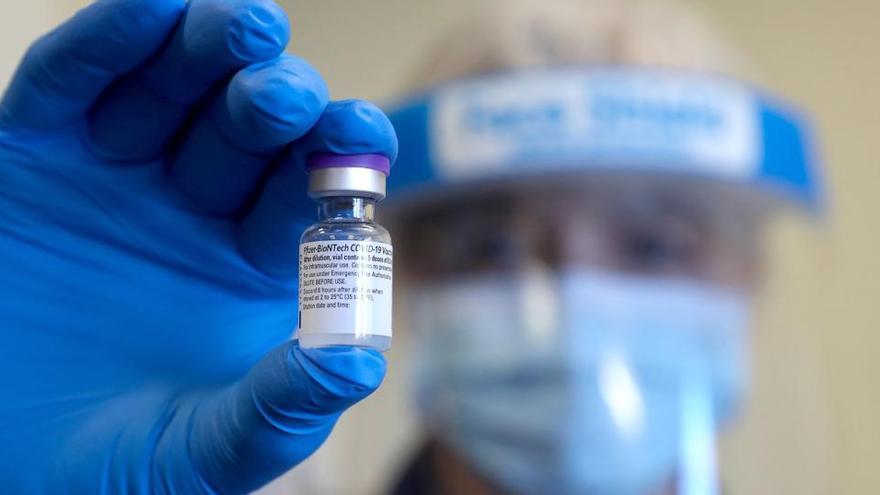 U.S approaches the authorization of a second vaccine for covid-19, after last week gave the green light to Pfizer with the recommendation this Thursday of a committee of experts, which has advised the country’s regulatory body to approve it.

After almost eight hours of discussions, the Advisory Committee on Vaccines and Biologicals of the Food and Drug Administration (FDA) recommended the emergency authorization of Moderna’s preparation, with twenty votes in favor and one abstention.

Now it is up to the FDA, the body in charge of giving the green light to the commercialization of drugs, to decide whether to grant authorization, although on Tuesday it already indicated in a preliminary report that Moderna’s vaccine has “a favorable safety profile.”

In that sense, he specified that “no specific security problems have been identified that prevent the issuance of an emergency authorization.”

Moderna has indicated that in clinical trials the vaccine It has been shown to be 94.1% effective in preventing the disease, and 100% in preventing serious cases.

Despite this document, one of the issues that occupied a large part of today’s session, in which doctors, scientists and pharmaceutical representatives participated, among others, was the safety of the serum after the cases of two health workers from Alaska who registered this Allergic reactions week after being administered the Pfizer preparation, similar to those of two Britons who received the vaccine in the UK.

During the committee meeting, vaccine expert Doran Fink encouraged continuing immunization, but cautioned: “While all the data continues to support vaccinations under (emergency clearance from) Pfizer without further restrictions, these cases underscore the need to stay alert during the first phase of the vaccination campaign. ”

Fink noted that it is not clear at this time which component of the Pfizer vaccine might have created the allergic reactions. “We learned about these cases through established security surveillance systems, which worked exactly as designed; FDA is coordinating to investigate the cases in the US and communicate our findings in a timely manner“, said.

In this regard, Moderna’s vice president of drug surveillance, doctor David Martin, said during the committee meeting that the company will monitor possible reactions of this type.

He revealed that during clinical trials they observed two anaphylaxis in volunteers, but ruled out that they are linked to the vaccine.

“We have actively screened our safety data to identify possible cases of anaphylaxis. We did not find any cases suggesting anaphylaxis to 1273 mRNA,” as the vaccine is called, Martin said.

One of those affected was in the group that received a placebo and the other that was injected with the vaccine.

In the first case, the volunteer developed an allergic reaction ten days after receiving the first dose of placebo and the doctors believe it was due to a dye used in the preparation.

The person who had anaphylaxis was in the group that was vaccinated and had the reaction 63 days after receiving the second dose of serum. According to CNN, that person had a history of asthma and is allergic to shellfish.

If approved, the US government will send 7.9 million additional doses of vaccines next week to the states.

Deputy Secretary of the US Department of Health and Human Services, Brett Giroir, said in a call with journalists that today “the end of the pandemic is in sight.” “With two companies making the vaccine, it will be an addition to the supply It is developing little by little, “he said.” If Moderna’s vaccine is authorized, “he added,” we hope to send 7.9 million additional doses of vaccines to the states next week. ”

Moderna’s vaccine, which must be administered in two doses, like Pfizer, can be distributed more widely since it requires a temperature similar to that of normal refrigerators to be preserved -20 degrees Celsius, compared to between – 60 and -80 degrees required by the second.

The approval of the FDA advisory committee comes when the US already exceeds 17.1 million cases of covid-19 and 310,000 deaths, according to Johns Hopkins University.

The first doses distributed this week of Pfizer’s vaccine have been administered to healthcare personnel and residents and employees of nursing homes or other long-term care facilities.