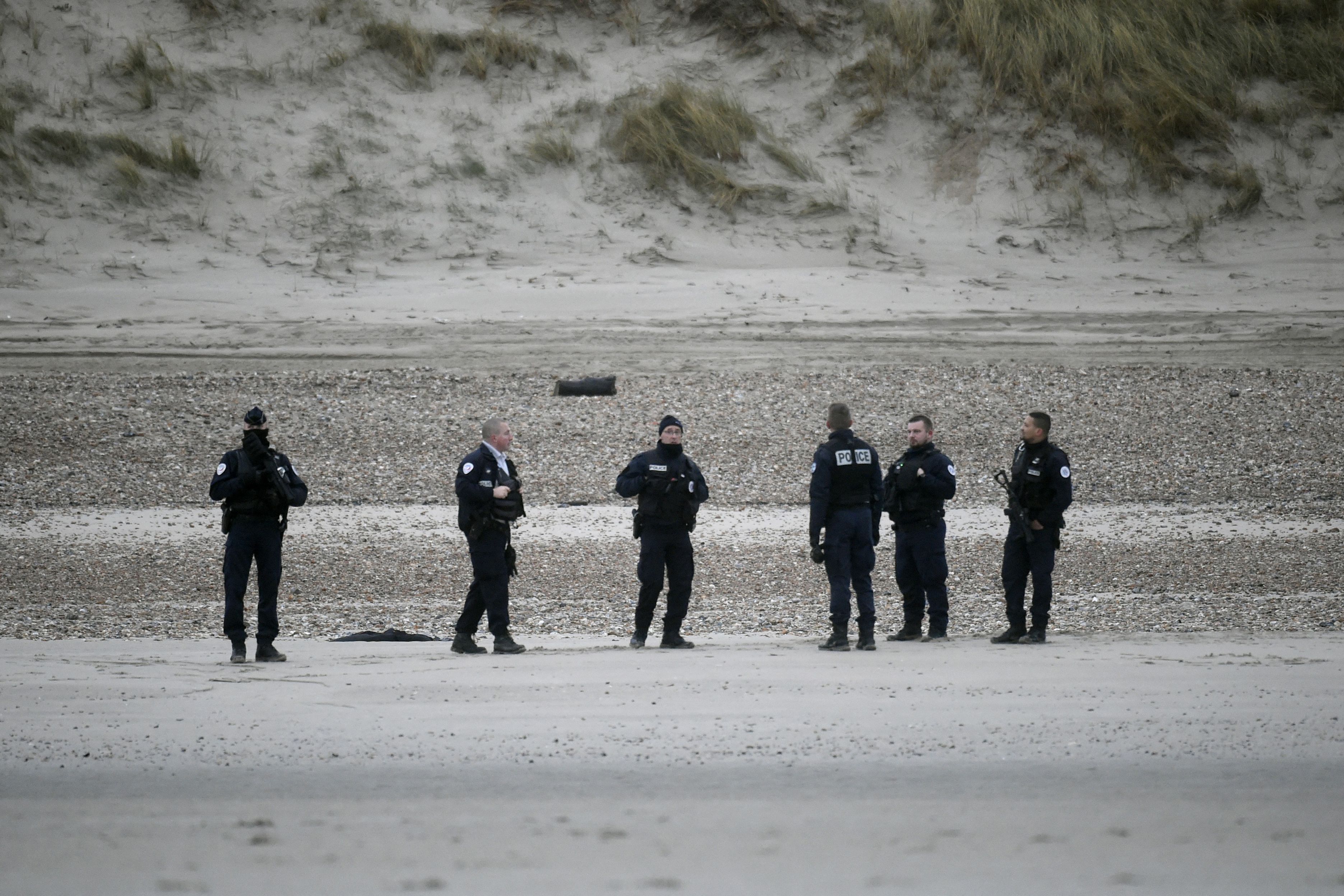 The French NGO Utopia 56 has filed a complaint for “involuntary manslaughter” and “failure to help” against those responsible for coastal security in France and the United Kingdom after the death of at least 27 migrants in the English Channel last month, worst shipwreck in years in this area. In a sample of the complexity of the migration conflict in this region, which has caused a harsh confrontation between the governments of Paris and London, on the same day that the association announced its legal action in Paris, in Calais, the epicenter of the migration drama- politically, the death of a Sudanese teenager who had tried to get on a truck to cross the Eurotunnel and that of a Portuguese truck driver who died of a cardiac arrest, allegedly after an altercation with other migrants who wanted to board his vehicle, were known.

The lawsuit of Utopia 56, one of the most active migrant aid associations in the Calais area, is directed against the maritime prefect of the Channel and the North Sea, Philippe Dutrieux, and Marc Bonnafous, regional director of the coast guard , as well as against Claire Hughes, head of the British marine safeguard and “against any other author, co-author or accomplice that the investigation determines”, the NGO explained in a statement this Monday. The complaint, filed on Friday with the prosecution of the Paris judicial court, seeks to clarify what happened in the hours before a fishing boat alerted, after noon on November 24, that it had seen bodies floating in the waters of the canal and whether the rescue services could have acted earlier than they did. According to “the testimonies of the two people saved, of people close to the deceased and of others who managed to make the crossing that same day, calls for help were made to the French and English rescue services before the bodies were discovered, [pero] no immediate help was provided, ”says Utopia 56.

The migrants “tried, from 02.30-02.40 in the morning, to contact the French and British rescue services,” explained the NGO’s lawyer, Emmanuel Daoud, on the Franceinfo station on Monday. “They also called their relatives to tell them that they were lost, that their boat was sinking. What is striking is that an infinite amount of time passed, since the fishing vessel found the first bodies starting at 2:00 p.m., and it was at that moment that the rescue was officially registered. It will be necessary to know, and I hope that justice will do so, whether or not those calls were dealt with in a coordinated manner, respecting the laws in force, “he added. And it has indicated that it would not be the first time that the British and French rescue services “pass the buck” in an attempt to derive responsibilities.

In the past few days, the identification of the victims of November 24 has been completed. According to the Paris Prosecutor’s Office, there are 16 Kurdish-Iraqis, including a 7-year-old girl, a 16-year-old adolescent and four women between 22 and 46 years old; as well as a 23-year-old Kurdish-Iranian, three Ethiopians, one Somali, four Afghans, one Egyptian and one Vietnamese. Only two of the passengers managed to survive. It is about a Somali and another Kurdish-Iraqi man. The latter assures that there were 33 people on board the wrecked boat, but only 27 bodies have been found, in addition to the two rescued.

This shipwreck, which has caused a new confrontation between Paris and London, was the worst catastrophe of its kind in the English Channel, an area where sea crossings in precarious vessels have skyrocketed – more than 30,000 this 2021, compared to 9,551 in 2020 – due to increased security from 2018 on the Eurotunnel and road accesses to Calais which have made the hitherto traditional land routes of irregular migration extremely difficult. Even so, these have not completely stopped, as shown by two incidents registered in the last hours.

A 16-year-old Sudanese died early on Monday while trying to board a truck near Calais to get clandestinely to England. The young man managed to get into the vehicle, but when the driver, a man from Eastern Europe, pulled away, the boy fell from the trailer. The teenager died when he was being transferred to a hospital, according to Agence France Presse. In a different event, a 48-year-old Portuguese truck driver has also died after an alleged altercation with a group of migrants who tried to get into his vehicle and who allegedly punched him in the face, although it is not clear that this attack is the cause of death, produced by cardiorespiratory arrest. Still, the local prosecutor’s office is investigating the incident, which occurred in a rest area on the A16 motorway, some 27 kilometers south of Calais.

Meanwhile, the French Army continued to investigate on Monday an incident that occurred in Calais on Sunday, when an off-road military vehicle of the anti-terrorist operation Vigipirate carried out several skidding maneuvers circulating in reverse on a site surrounded by irregular migrant tents before being semi-sunk In a puddle, from which he was only able to get out with the help of another military vehicle that came to his rescue and with the support of several migrants, as evidenced by the images of a photojournalist who recorded the incident. As soon as they knew it, the General Staff of the Armies condemned “firmly” “totally inappropriate” behavior of the driver and promised to impose the “appropriate penalties” once responsibilities are clarified.