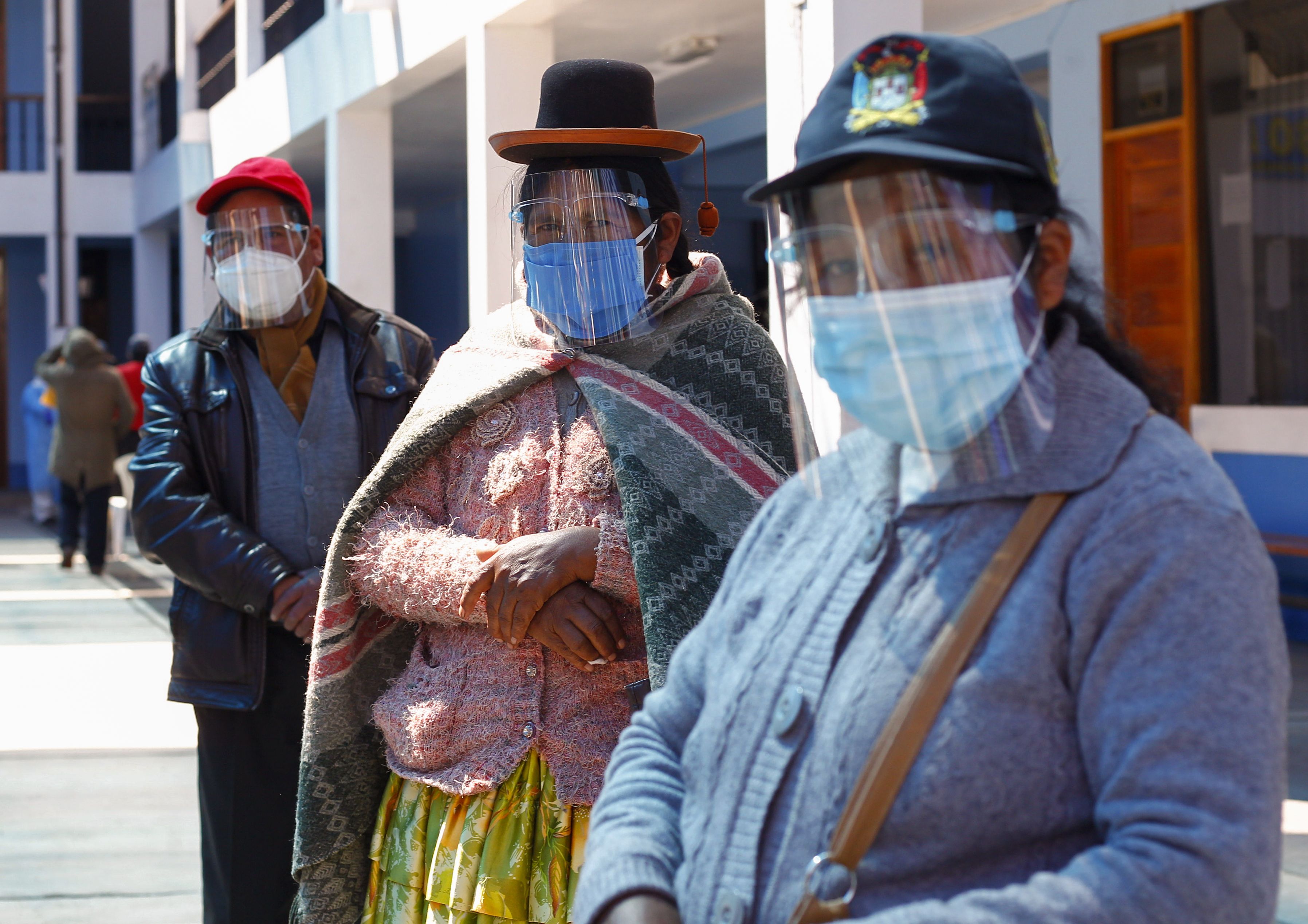 About 37,000 in Chile, dozens in Argentina and Ecuador, more than 400 in Peru, including former president Martín Vizcarra and two former ministers. Priests, soldiers, mayors and managers in Spain. Favored relatives, privileged authorities, friends who are allowed to skip the queue. On-demand vaccinations, in short, if you have power and influence, or know ‘someone’.

Of all the recent corruption scandals in Latin America, this has been one of the most devastating and outrageous. Because it does not have to do only with a bank account, a briefcase with money or a succulent job. It has to do with the literal fight against death, with preventing someone from falling into the suffocating hell of covid-19.

It is true that fear floats almost everywhere on the planet, and that feeling can throw any human being into the most desperate act. But it turns out that those vaccinated VIPs were not at the bottom of the social well, but on the surface, or on the heights of comfort, where it would be easier for them to get an ICU bed, an oxygen balloon or a doctor.

Being pricked first, because it is you and your crown, implies sending the poor and the underprivileged further back – even globally – the poor and the underdog, perhaps the one who can’t even get a decent mask. Or the ignorant old man who sees how his friends are falling down, struck down by contagion. There is something very wicked about this episode, which despite being a rebellious continues.

Being pricked first, because it is you and your crown, implies sending the poor and the underprivileged further back in line, perhaps the one who cannot get even a decent mask

Corruption in this long-suffering region is systemic, not exceptional. It is played in large businesses, but also in everyday life. In Peru, it is usually painfully common for many people to filter (or “gobble up”, as they say here) in the queue of the bank, of the payment of electricity, of the stadiums, or of the tenders, to be first without deserving it .

The rich man does it to maintain his privileges, the clasemediero to try to climb where the rich and the poor are to survive. Hence, this tragedy seems to come largely from that evil that marks Latin American societies on fire: deep inequity, that syndrome so widespread that, in the midst of the current health tragedy, has shown its pernicious claws.

One of the doctors involved in the Peruvian irregular vaccinations scandal (labeled as Get vaccinated) gave a sign of such painful circulating normality. When asked why he vaccinated some authorities and characters (and their relatives), rather than the most vulnerable who were on the priority list, he replied that “This is how things work.”

In other words: the existence of privileges is so normal that there is no wonder that they remain in force. It was not difficult to associate those words, and the whole situation not only in this country but in other countries, to a certain historical mark that seems to never end. We are republics, but not equal citizens. In our lands there are rights that are not earned, they are given away.

During the Colony, in the Peruvian Andes the conquerors displaced the natives to the highest and icy parts, while they stayed with the more sheltered areas; At the beginning of the 20th century, the rubber tappers enslaved the Amazonian natives to set up an economic empire. Displacing someone, getting them out of line, at mortal risk, is an old practice.

The sad thing is that such painful normality, which not a few assume as inevitable, overshadows other dimensions of being Latin American. In Argentina, where high public officials and even a famous journalist received vip vaccines, the writer Beatriz Sarlo revealed that she was also offered it, but replied that she preferred “Drowning in covid.”

He made a difference, as thousands of people do every day who simply do not embrace mischief or do not believe that “the just sin in an open ark.” Or as they did — for painful months — doctors, nurses, nursing assistants, policemen, military, firefighters. Some of whom were immunized only after the powerful broke their tails.

In his book The labyrinth of choledad, the Peruvian sociologist Guillermo Nugent offers some suggestive ideas about this chaotic lack of respect for the rules. He maintains that we are a hierarchical society, and that privileged social groups miss the supposed “colonial arcade”, but have maintained practices that always try to place them at the top.

Such an arcade no longer exists, but the colonial impulse does, and now it has appeared in perhaps a macabre form, when the dead number in the thousands.

Or they close doors to the different ones, so that the social structure, already shaken, does not move so much. Now the owners of the vaccines have gotten out the window, have left aside or have kept thousands of citizens waiting, in the middle of a macabre panorama where the victims number in the thousands. They have beaten the usual cornered without blushing too much.

“Corruption kills,” Daniel Eriksson told Deutsche Welle, director of Transparency International, after presenting the Corruption Perception Index 2020, where by the way several Latin American countries, including those that had cases of irregular vaccination, appear in unremarkable positions. Above all Venezuela, which also had its vip vaccinated.

In this case, breaking the vaccine queue has indirectly worsened the health of many people throughout the region. Not only was it trafficked with medical equipment, with medicines. He also got hold of that elusive global good that are vaccines, in the name of a moral pettiness that perhaps in this time of extreme individualism has reached pandemic proportions.

The Peruvian and Latin American social structure has moved, the arcadian no longer exists, but the colonial impulse does, and now it has appeared in a perhaps macabre form, when the dead number in the thousands.

It happens every day, for decades, but what happens in the middle of the pandemic, with a matter as delicate as vaccination, has activated a kind of indignant astonishment. Inequality surfaced even in this, or precisely because of this, like a whirlwind of contempt that hit the always cornered, those who previously lost land and today lose vaccines.

Furthermore, institutional control is lacking. The entities that could control these ravings exist, but sometimes it is their own bosses, or the authorities that should control their operation, that incur the corruption, large or small. In Ecuador, it was the Minister of Health himself, Juan Carlos Zevallos, who had his relatives vaccinated first.

To break the order of arrival, the correct thing, the respectful thing. What makes a healthier social coexistence possible. Politicians, businessmen, social leaders, almost any citizen do this if they see the opportunity. Triquiñuela is sought so as not to wait hours at a window, or months to expedite a procedure. Also to evade a tender.

Ramiro Escobar de la Cruz He is a journalist and a university professor. He writes regularly for Planeta Futuro and teaches at the Pontifical Catholic University of Peru, the Antonio Ruiz de Montoya University and the Peruvian University of Applied Sciences.