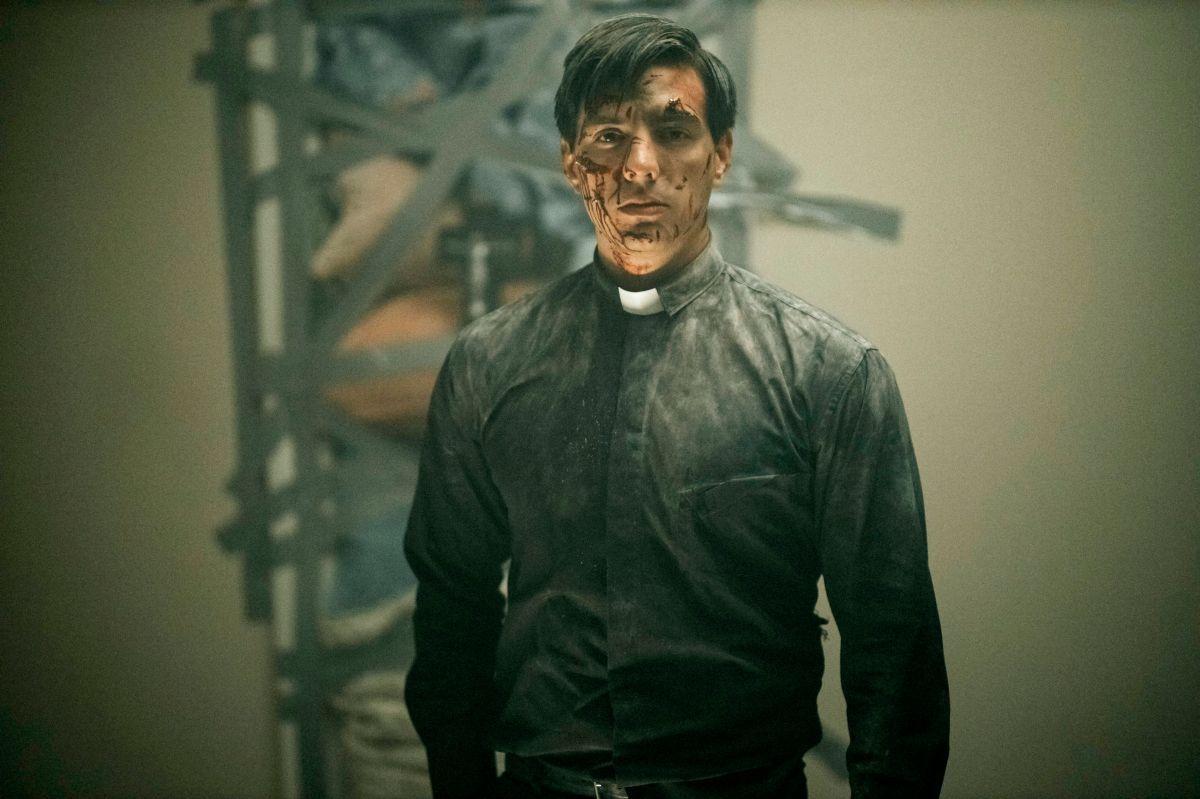 The Mexican Vadhir derbez premieres in Anglo-Saxon cinema with “The Seventh Day”, a horror film in which the actor abandons comedy to give life to a young priest who learns to perform exorcisms. “It is a very different role from the one they are used to seeing me, I have been doing castings in Los Angeles for three years. and it is the first time that I am in a project completely in English“, Assured the interpreter during a video call with Efe.

His new work in Hollywood, a market in which he debuted with his father, Eugenio Derbez, with “How to be a Latin Lover” (2017), has just been released by “streaming” in the United States and will arrive in Mexico in the next months.

Filmed a year ago in Dallas, New Orleans and Los Angeles, “The Seventh Day” tells the life of a renowned exorcist (Guy Pearce) who requests the help of “Father Daniel” (Vadhir Derbez), a novice with little experience.

“We see the United States with eyes that they are the best and have all the solutions, But we Hispanics also have everything to do quality projects“, He assured after his experience in the mecca of cinema.

Despite the fame of his father, considered one of the best-known Hispanic figures in the United States, Vadhir makes it clear in his interviews that his last name has not opened more doors for him.

“I just want to keep growing,” he said. The castings are still horrible, it’s another world, a very different experience“. Even so, the 30-year-old is aware of the path initiated by his father and other filmmakers so that in recent years Latin talent has “emerged”, as more and more roles are offered to interpreters from Mexico and Latin America, such as the case of the new movie.

“I prepared the character a lot, I spent a lot of time alone in churches”

For the actor, the challenge of the project was twofold: On the one hand, he made his debut in a film entirely in English, a language in which he had to learn to “project emotions”, but it was also his first horror film, a completely different genre from the comedy.

“I prepared the character a lot, my coach encouraged me to spend time in churches and cathedrals without books or a cell phone. Just to feel the place, imagine what that life of silence and service is like and how you behave in a place like this ”, he explained.

The experience also helped the Mexican to remember the Sundays when he went to Mass with his mother. “Although at some point in my childhood (his mother) changed her mind because we stopped going,” he joked.

Advance new songs and a theme with Ximena Sariñana

As he continues to carve out a niche for himself in Hollywood, Vadhir will continue to launch musical collaborations.

To the recent “Good Luck”, which has almost 3 million views on YouTube, “Luna” will soon be added along with Ir Sais and a collaboration with Ximena Sariñana: “I’m very happy with how the music has progressed.”

And between song and casting, Vadhir promises that his time in horror movies has given him some ideas to continue playing pranks on his father with new videos such as those with which they entertained the quarantine on social networks. “They will see me bothering half the world,” he added.