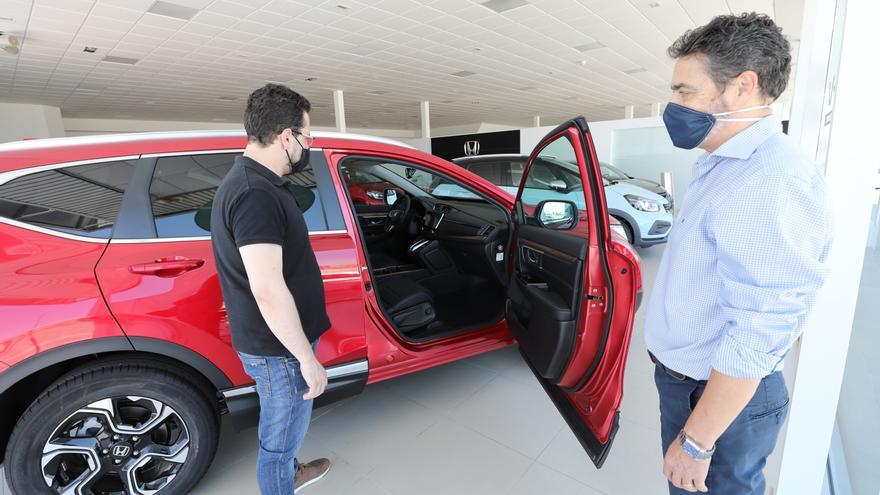 The passenger car and SUV registrations they registered a 34.6% decrease in October in the province by registering a total of 2,301, compared to 3,523 in the same month last year. The setback is even greater between January and October, since the 26,582 units purchased represent a decrease in the market of the 51,6%, in a year marked by the impact of covid-19 crisis, according to the figures provided today by the associations of manufacturers (Anfac), dealers (Faconauto) and sellers (Ganvam).

The important decrease registered in the province is mainly due to the collapse of the rent a car channel (-87%) due to the collapse of tourist activity, a key sector of the Alicante economy, for the absence of international travelers given the mobility limitations imposed in the main markets of the sector, such as the United Kingdom or Germany. In October, the rental car sector only made 37 registrations, compared to 286 in October the previous year.

This has been a determining factor for the decline in registrations in Alicante, which has been lower in October in relation to the decreases of 21%, statewide, and 25%, in the area of ​​the Valencian Community.

Likewise, the containment of expenses due to the economic impact of the pandemic made the channel of Business also register a 12% drop, going from 875 registrations in October 2019 to 763 in the same month this year.

And that of individuals, although it was the one that registered the most units (1,501), it experienced a year-on-year drop in 36,4%

The vehicle market in Spain

In the country as a whole, the market for passenger cars and SUVs closed last October with a volume of registrations of 74,228 units, a 21% decline in the comparison with the units sold in that month of the previous year.

According to data from the associations of manufacturers (Anfac), dealers (Faconauto) and sellers (Ganvam), car deliveries in Spain reached a volume of 669,662 units between January and October of this year, thus accumulating a decline of 36, 8%, according to Europa Press.

In the case of Valencian Community, car sales fell 25.1% in October compared to the same month of the previous year, reaching 6,492 units sold.

“The negative evolution of pandemic together with uncertainty Regarding the social and economic consequences of the same cause a general drop in sales, that it could be even worse without the support plans approved for the sector “, explain the three organizations.

Anfac’s Director of Communication, Noemi Navas, stressed that the health uncertainty and the economic crisis have a harsh impact on enrollments. “The plans help To buy are good tools to stimulate the market and are allowing the falls to be even worse. The crisis situation will extend to the year 2021 and if we do not want the sector and its employment to fall even more, it will be necessary to maintain the support “, he stressed.

For his part, the Director of Communication of Faconauto, Raúl Morales, has been confident that the Scrappage scheme, fully operational for the next two months, help to change this trend, although it was “concerned” about developments at the start of the year, for which it considered that it is essential to solve the problem that it raises, from January 1, the implementation of the new WLTP broadcast protocol.

“The delay in the launch of the tool to request the help of the Renove, which was opened on the 20th, has made, in a certain way, its incentive nature diluted in the midst of a context of economic uncertainty derived from the second wave of the coronavirus “, highlighted Tania Puche, Communication director of Ganvam.

Puche also advised those who intend to change cars not to postpone the decision because from January, “there is a risk of a price increase“This is due to the entry into force of the WLTP regulation, which changes the measurement parameters of CO2 emissions, which will cause the Vehicles that were previously exempt from registration tax now have to pay it.