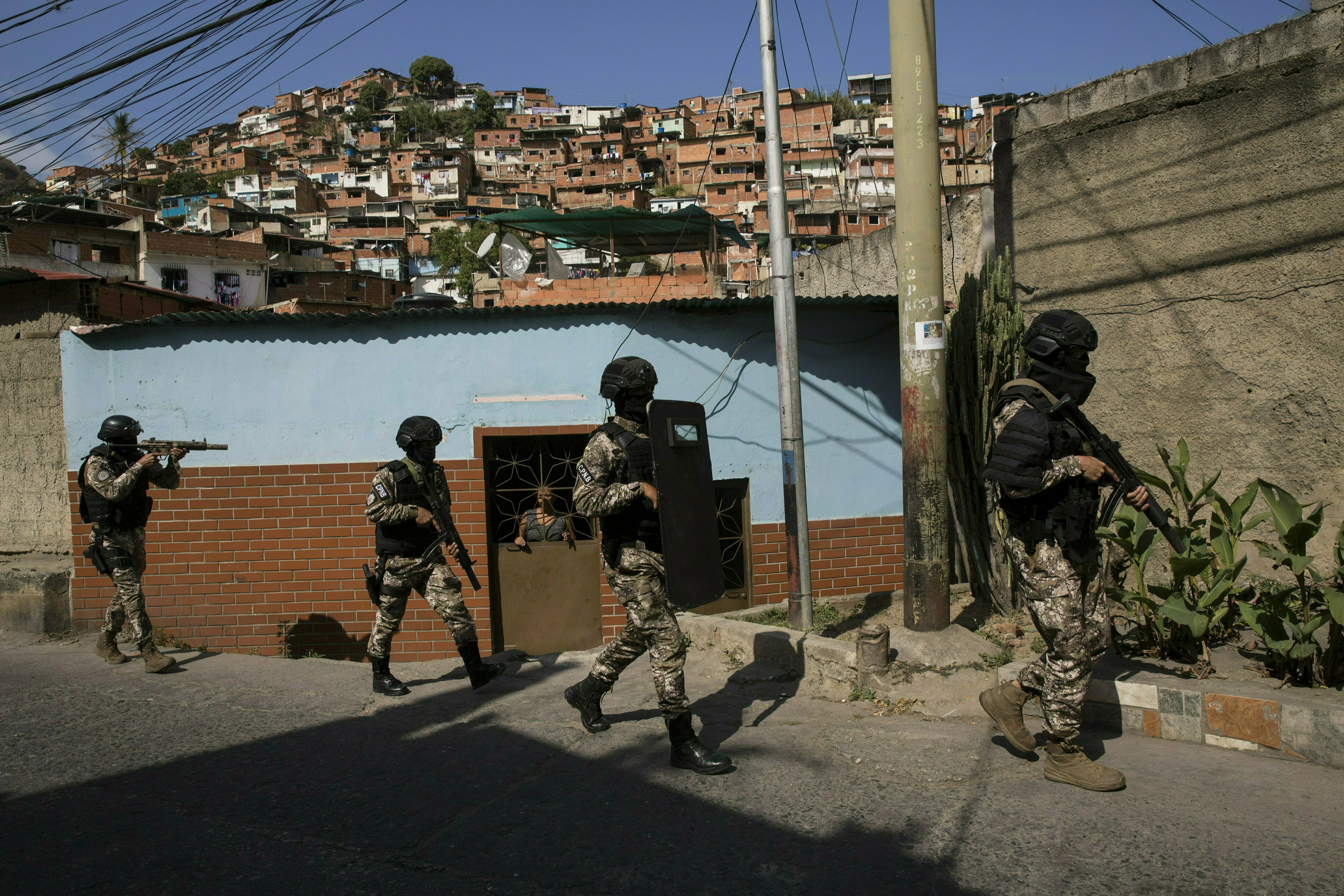 The international community sent two harsh messages to the Government of Nicolás Maduro on Wednesday. In the first, from the United Nations headquarters in Geneva, the High Commissioner for Human Rights, Michelle Bachelet, denounced torture, murder and an acute social crisis in Venezuela. In the second, at the headquarters of the Organization of American States (OAS), images of a clandestine torture center were shown publicly for the first time.

During a preview of the report prepared by the team of the former Chilean president, visiting Venezuela invited by Maduro, Bachelet denounced the serious human rights crisis in the country and the collapse in medical and educational services that have caused the exodus of more of three million people. According to Bachelet, despite this panorama, the Venezuelan authorities refuse to recognize the dimensions of the “vast crisis ”, while the sanctions imposed by the United States“ may further aggravate the economic situation ”.

Regarding the repression, Bachelet pointed out that the Venezuelan security forces, backed by the “Armed collectives”, paramilitary groups related to the Government, have repressed peaceful dissent with excessive use of force, deaths and torture documented by their office. At the same time, the former president of Chile cited complaints that accuse the Special Action Force of the National Police (FAES) of executing 37 people in January in Caracas, in illegal raids on houses in poor areas that supported the opposition.

“The murders follow a similar pattern and occur during illegal house raids carried out by the FAES, later they report the death as a result of an armed confrontation, although witnesses report that the victims were unarmed,” Bachelet summarized, explaining the methods applied by this police force, which in 2018 would have killed 205 people.

“As a direct result of this profound human rights crisis, more than three million people have fled Venezuela in search of food, medical care, work and protection,” he said.

In reference to the recent blackouts in Venezuela, the UN commissioner assured that “they symbolize the infrastructure problems facing the country”, where a million children have stopped going to school due to economic problems of their families and schools or because of the simple lack of teachers, many of whom have emigrated, he said.

On the journalists’ work, after hard weeks of arrests and persecution, Bachelet said that Venezuelan authorities had unfairly prosecuted journalists, opposition leaders and critics. Bachelet also pointed to the chaos that the country’s health system is experiencing, one of the flags of the Bolivarian Government. “The health care system continues to deteriorate, which has a significant impact on maternal and infant mortality and the spread of infectious diseases, which had previously been under control.”

According to the high commissioner, this entire dark panorama will be aggravated by the sanctions imposed from the United States on financial transfers linked to the sale of Venezuelan oil, which could further damage the economy. Bachelet, however, acknowledged that the “widespread and devastating economic and social crisis” began before the US sanctions in January.

Almost parallel to Bachelet’s lecture, a shocking video of a police torture center was released in Washington. In it, the aviation lieutenant Ronald Dugarte, a former member of the General Directorate of Military Counterintelligence (Dgcim), whose whereabouts are unknown today, showed a clandestine recording showing the cells where several soldiers are held. In one of them, Captain Caguaripano refuses to eat because he is urinating blood, and in another Colonel Mejías Laya is seen on the ground, who spent 30 days blindfolded and his hands tied behind his back. The videos were recorded between December 2018 and February of this year by the lieutenant, hired in August for intelligence work at the Bolivarian National Intelligence Service.

Dugarte pointed out that dozens of prisoners are frequently tortured with electric shocks, asphyxiation with plastic bags, beatings and injections of unknown substances.

The lieutenant mentioned that he was trained for counterintelligence tasks by a mixed militia made up of Venezuelan and Cuban soldiers. According to Dugarte, although he could not access the torture centers, it was possible to hear the screams of pain from the detained soldiers. “Yes, I could hear their screams and laments of so much pain. They were tied up and stayed in that way for a month with no right to anything,” he said during a Skype conference in which the Secretary General of the OAS, Luis Almagro, was present. According to human rights organizations, in Venezuela there are about 200 military detainees and the repression and suspicions about them have increased as they have become the last great support that Chavismo has to stay in power.