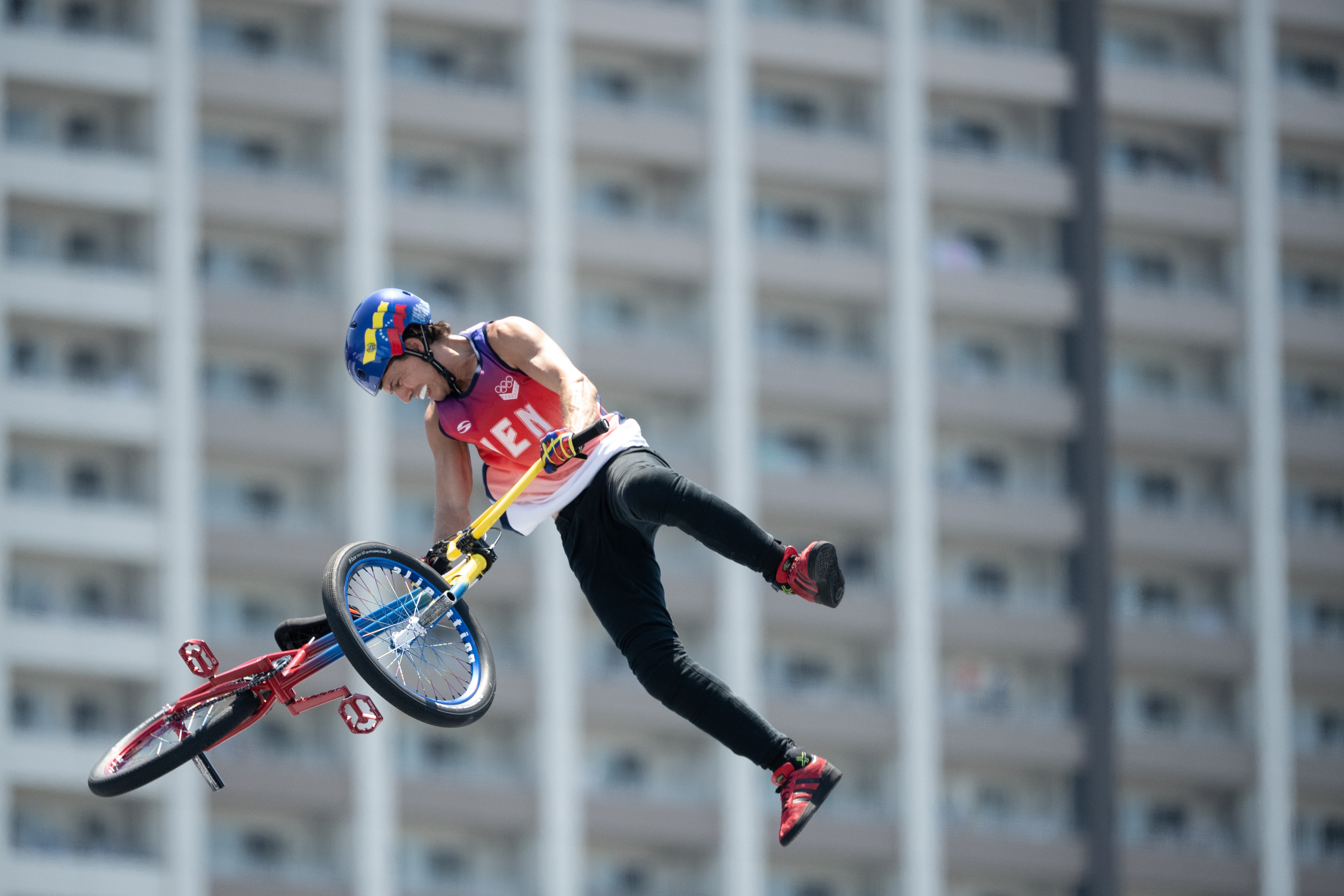 Olympic runner-up Daniel Dhers, with 531,000 followers on social networks, has assumed a role of containing the stridency that for years has made any debate deaf in Venezuela. Lowering the intensity of the tension, putting a pause on the automatic conflict, has been a recurring subtext in his continuous transmissions on Instagram in which he has told all his way to the Olympic Games. While athletes like him cheered Venezuelans with their medals, politics has peppered their achievements in Tokyo. It could not be otherwise in the midst of the traffic jam in which the country has been governed for 22 years by Chavismo.

Since the first silver medal won by the weightlifter Julio Mayora, who dedicated his triumph to the former president and leader of the Bolivarian revolution Hugo Chávez, the latent conversation has revolved around how the other athletes will receive the classic call of congratulations from Nicolás Maduro. This has been a gesture configured by the ruling party as an occasion of propaganda, to capitalize on the achievements of the athletes who are part of the smallest Olympic delegation in four Olympic cycles and whose great figures have carved out their careers almost alone. But it also seeks to seize the slightest opportunity for recognition for a government that has lost its democratic credentials.

In one of his live broadcasts, Dhers comments on some rejection reactions that Mayora’s dedication generated. “Regardless of his political inclination, that kid loves his country. The Olympic Games are a time of joy for our countries, put that aside. Julio left his heart for Venezuela, he focused on his goals, lifted his weight, and now they link him with politics, what a bummer, ”he complained. “They don’t know how difficult it has been to get here in a pandemic. Like him, we are all in the Venezuelan delegation, for the country we want, because we are from there. Put politics aside, ”he insisted.

The rite of the call from Miraflores has been the same in the four medals that the South American country has achieved so far. Maduro on loudspeaker from the phone of the Minister of Youth and Sports, Mervin Maldonado, or another official. Someone records the conversation between the Chavista leader and the medalist as if it were a test and the video is posted on the president’s Twitter. Dhers’s has left a different trail.

Olympic runner-up in BMX freestyle He has lived 20 years outside of Venezuela. He emigrated when Chavismo was just beginning. He took that ramp to achieve professionalization in a sport that was then a thing of rebellious boys on the streets. On the call he once again showed his gift for stunts. “Brother, how are you feeling?”, He greeted Maduro with his self-confidence as a cyclist, who has a spectacular fall on his bicycle among his first bloopers presidential. Carry on a cordial two-minute conversation. “Anything that is sports calls me,” emphasizes Dhers.

The dissection of phrases from these exchanges is a symptom of the language crisis that Venezuela is experiencing, generated by the political, economic and social debacle and two decades of Chavismo. In Venezuela words do not mean what they name. That is why the official congratulations for each medal has been followed by this avalanche of discussions. From criticizing those who greeted Maduro as president and laughed with him to denigrating boxer Eldric Sella, as the most radical Chavistas did, for his fleeting participation in the refugee team. There were also those who ventured as an opposition victory that Dhers did not refer to Maduro as president but as “brother.” In the midst of these flows, the videos of the cyclist have been a dam.

His medal, conceived by him as a moment of joy for Venezuelans inside and outside a country in conflict, has also been much more conciliatory than all attempts to build bridges to find a way out of the quagmire in which the country lives. Sport as a meeting place has served at this time for the same purpose that Dhers proposed. Venezuela is not the polarized country of Chávez’s time. It is now a devastated, impoverished and fragmented nation, represented in Tokyo with the participation, for the first time, of a Venezuelan in the fledgling Olympic refugee team. The glories of the last week and, above all, the empathy of Dhers are balm for a spoiled nationality.

At this time when the crisis seems to have returned once again to the starting point, the exhaustion of hopes, the exit in sight necessarily involves lowering the tone of the confrontation and answering the call to Maduro, or dialing his number directly to sit down to agree on the rules of the competition. The steps for a new round of negotiations in Mexico are being made, but there is still suspense on the agenda, channels and methods to reach consensus. The ghost of a new failure haunts the attempts. In the middle, the messages and the conciliatory insistence of the cyclist seem to have more depth than some political leaderships. With his free style, Dhers has been able to dispatch the “intense”, thanks to the distance it gives him not living in Venezuela for more than 20 years, but having a cable that frequently brings him to the country. This is how he responded to those who criticized him for taking the call from Miraflores. “I was cordial in the call with Maduro, and just as I speak with him, I can do so with some of the opposition. Everything is for the sport, ”he said in a live video on his return to the United States. “If they can’t get over it, bye.”