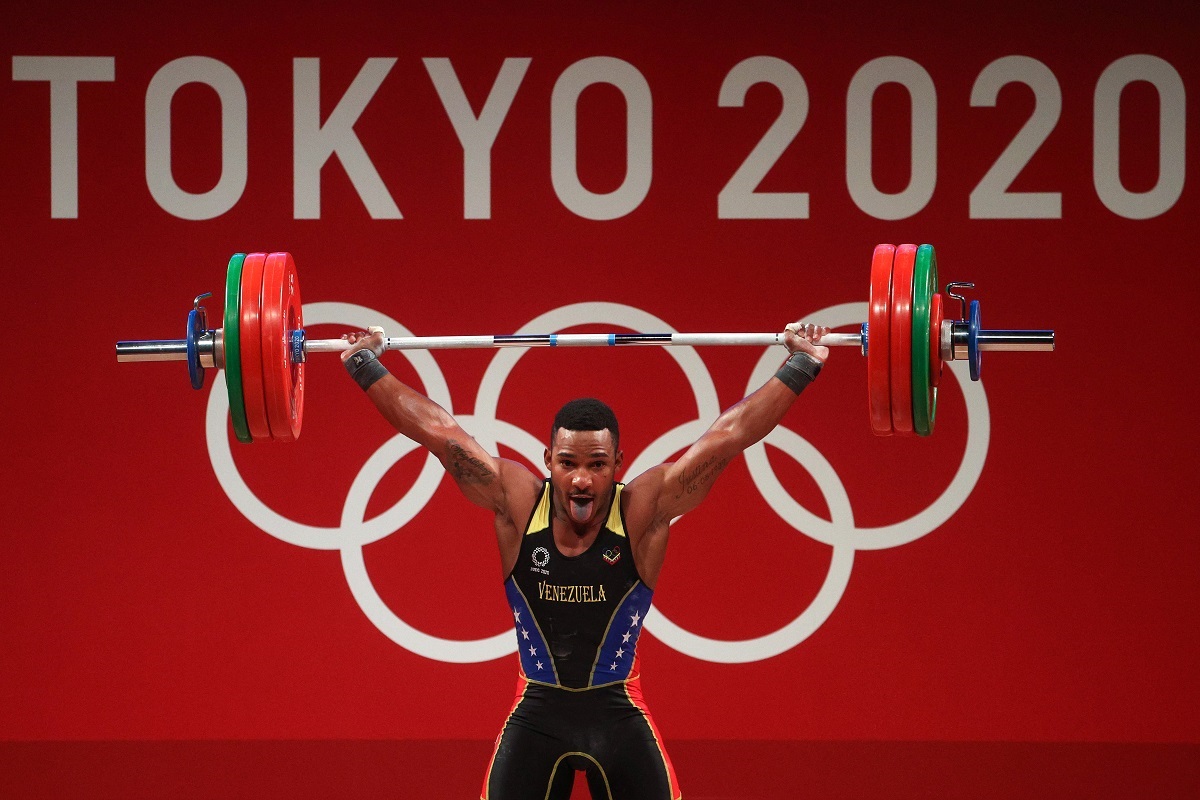 In a humble community in La Guaira, in front of the Maiquetía International Airport, the silver medal he won was celebrated in a special way Julio Rubén Mayora in weightlifting this wednesday in the Tokyo 2020 Olympics. They are the neighbors of the athlete who celebrated with their idol from a distance.

The population of Santa Eduvigis took to the streets to witness the moment on a giant screen, all with yellow, blue and red balloons representing the Venezuelan flag. All to send positive energies to the 24-year-old weightlifter, who began his journey lifting weights with pots of concrete filled with paint.

A story that became bigger when he began to compete professionally and strengthened by winning golds throughout his Olympic Cycle: Bolivarian Games Santa Marta 2017, South American Cochabamba 2018, Central American and Caribbean Barranquilla 2018 and in the Pan American Lima 2019. He went to Tokyo in search of glory and reached it.

The neighborhood stopped early, like every day, but this time for a special date. See your boy there on the most important stage in all of world sport. The Olympic Games.

To those who still do not understand the importance of sport. Go to Santa Eduviges pic.twitter.com/vuPLqEuakt

At the Olympics he lifted 156 kilograms in snatch and in clean and jerk he gained 190 kg to complete 346 in total. He was only surpassed by the impressive Chinese SHI Zhiyong who lifted 166 kg in snatch, 198 kg in clean and jerk and 364 kg in total to set a new world record.

There are 18 medals for Venezuela in history

Venezuela has a total of 18 Olympic medals in its history, thanks to the silver medal won by Julio Mayora in Tokyo 2020.

That figure could increase in the coming days when the plains country presents its next four strong cards: Yulimar Rojas in triple jump, Daniel Dhers in BMX freestyle, Antonio Díaz in karate (kata) and Andrés Madera in karate (kumite).