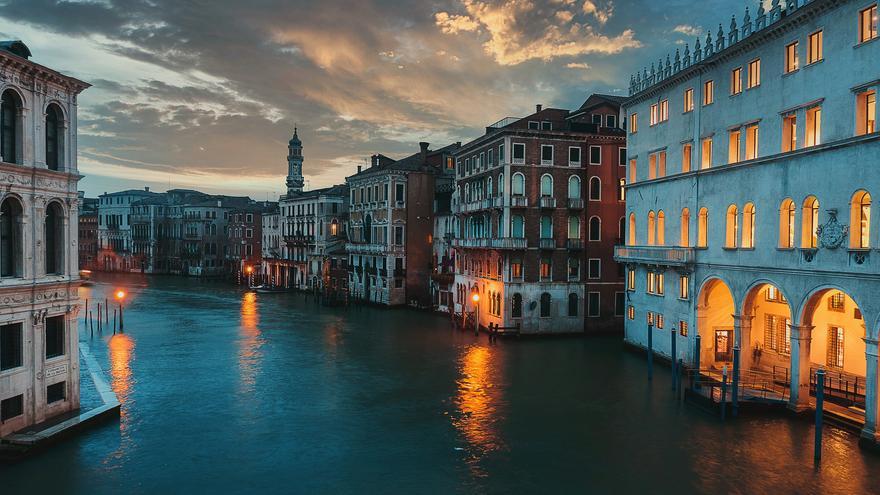 In its golden age the Venetian galleys dominated the Mediterranean and transported spices that arrived from the Moluccas through India, Arabia and Egypt to embark in Alexandria. From Venice they were then traded to the rest of Europe with enormous profits for the merchant aristocracy of the Queen of the Adriatic. Until all that ended when Bartolomeu Dias doubled the Cape of Good Hope in 1488 and made it possible for Vasco de Gama to reach India a few years later. From then on, spices flowed to Lisbon by sea in less time and at a lower price, and this signaled the decline of Venice, which was further aggravated by the discovery of Columbus and the arrival of silver from the Americas in Seville. With these events, the world’s economic center of gravity shifted from the Mediterranean Sea to the Atlantic Ocean, and Venice was left out of the game. Abulafia explains it very well in his monumental The Great Sea dedicated to the commercial history of our sea.

What is happening now is no different. Europe, first, and the United States, later, have dominated the world for five hundred years from both shores of the North Atlantic. The imperial England of Queen Victoria had almost 70% of world GDP thanks to colonial exploitation, and that percentage was almost maintained by the G-7 (which were still European and North American countries with the addition of Japan) in the 70s. Today, the growth of China and other countries has forced the creation of the G-20, which accounts for 85% of world GDP, because only in this way can measures with ambition of general application be taken. And meanwhile, the center of gravity of the world economy has shifted from the North Atlantic to the Indo-Pacific, which today accounts for 65% of the world’s population and 62% of GDP. China, riding on spectacular economic development, calls for a greater participation in the distribution of global power and a redesign of the norms that govern international relations in order to make them more in line with its interests and with its own (authoritarian) conception of the world. That the United States is concerned about this leaves no doubt and explains not only its withdrawal from the Middle East but also two initiatives taken by President Biden in the immediate aftermath of the Afghanistan disaster: the creation of AUKUS and the resurrection of the old Japanese QUAD initiative that it also incorporates India. Both projects seek to curb China’s maritime ambitions and have significantly bypassed the European Union that the UK had already abandoned. They leave us out for two reasons: because there is little that in those latitudes we can contribute militarily (with the exception of France), and because we do not want to be dragged into uncritically supporting US policy with respect to China for the simple reason that our interests they don’t always match.

The same thing that happened to Venice can happen to Europe now, that it is left out of the game as a peninsula of the great Eurasian continental mass that projects towards an ocean far from the world’s center of activity and through which fewer people already pass. When that happens it will be very difficult to maintain 50% of world social spending with only 5% of its population and without a common Foreign or Defense policy to make us heard. The Venice Syndrome stalks us.