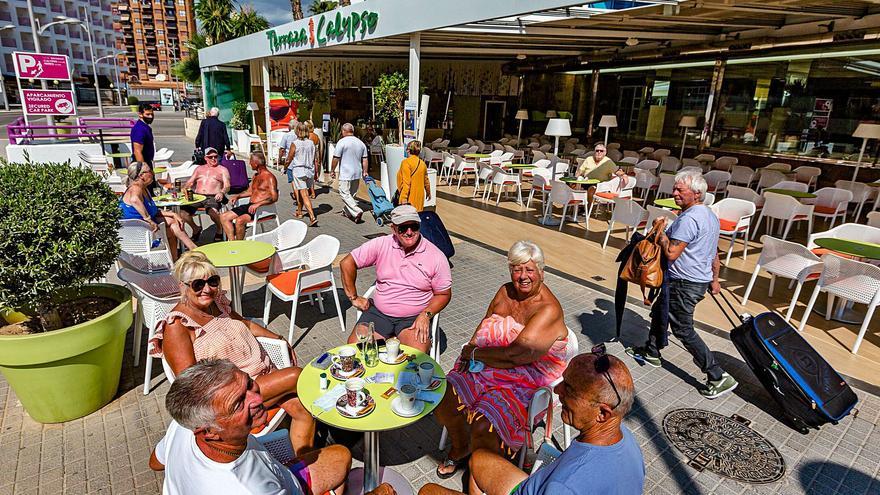 None of the climatic mechanisms that interact in the Iberian Southeast have a projection comparable to that of subtropical subsidence, not only as a primary cause of the Azores maximum, but also because of its capital responsibility in the most intense and prolonged droughts, as well as in the summer shortage of rainfall; since the dry summer is a feature of subtropicality and not of Mediterranean nature, the latter assertion as deeply rooted and frequent as it is erroneous and lacking foundation. When it comes to justifying the low rainfall and irregularity of this climatic region, no factor equals, without ignoring and underestimating others, the subtropical subsidence, hegemonic in summer, during a good part of autumn and spring for a majority of years, hence the “good weather”. Let us also remember the proximity of the Saharan desert, an immense home of continental tropical air, a mass that, depending on the analysis of the surface or isobaric relief and the season, inhibits precipitation, makes it muddy or even increases its power. The first of these episodes is consubstantial to meridian advections of Saharan air, causing blows or heat waves; stability is guaranteed by the presence in the upper levels of subtropical ridges or broad dorsal protective warm air; For the purposes that concern us now, it is not exceptional in Alicante’s coastal and pre-coastal strips that, in October and November, summer clothing is required for a few days or weeks. In contrast, the continental tropical air in origin poses a serious potential risk of very copious and intense downpours when a long journey or prolonged contact with the Mediterranean waters, sometimes in a round trip, allows it to wipe its water deficit and acquire a high specific humidity.

For a greater and better understanding of the rainfall significance of the veroñoIt seems appropriate to recall, even succinctly, the following facts: ultimately, the main culprit for the sporadic floods in the Iberian Southeast is the Mediterranean; colossal reservoir of water and calories, enriches the air in contact in both, providing, through the water vapor, together with this the energy necessary for the genesis of gigantic standing clouds, huge cumulonimbus, which interest the entire thickness (9 -11 km) from the troposphere. The supply of water vapor is more abundant if the evaporation is very active and the absorption and retention capacities of that by the air are high; one and the other grow as the temperature does, an increase inherent in veroños. Let us also remember that, facing the prevailing circulation of the west, the pre-coastal and coastal lands of Alicante have their backs to the Mediterranean; Hence, the raining winds are not west (west, mistrales, lebeches or garbinos), but east (east and gregales, primarily); it is these winds from the first and second quadrants that, in their case, carry very humid and unstable supra-Mediterranean air.

After the equinox, as autumn progresses, at more than 50ºN the cold air regains positions, so that its Latitudinal descents gain extension and strength. It may happen that in the Iberian Southeast, where the weather is often still summery, with relatively warm air (ridges, ridges) at altitude, irruptions of cold air are present or not at these levels: in the first case they unstable the atmosphere, in the second it remains stable and calm. It happens, therefore, that some veroños experience floods, aggravated by the high temperatures of the marine waters; others, on the other hand, prolong the dry summer. In Alicante there is no shortage of archetypal examples of both.

After a hot and prolonged summer beyond its astronomical duration, a torrential downpour on the Bajo Segura and its surroundings on December 8, 1965 caused, on the following days 9 and 10, the autochthonous flood of the Vega Baja: the veroño had sponsored this nearby deluge already the winter solstice. After this, more than two decades ago, the summer of 1944 had allowed the very strong Christmas jugglers, on December 25 to 28, which caused violent floods of the Guadalentín, with destruction of the Reguerón and flooding of the southern sector of the Vega Media. In November 1987 the Vega Baja temporarily returned to its former marsh condition, entirely flattened by a rain that, in less than 24 hours, exceeded the average annual rainfall in Orihuela; To evacuate the stagnant waters, it was necessary to blast the left butt of the Segura in San Fulgencio. The beginning of the storm that, in the first week of November 1987, flooded the regions of La Safor, Marina Alta and Bajo Segura was not announced or foreseen: the corresponding floods were exceptionally copious and intense, to the point that Oliva provided the Spanish record for maximum rainfall in 24 hours, for the 1961-1990 series, with 817 mmm collected essentially in less than 12 hours on November 3; two days later, Orihuela received 316 mm. It is not risky to conclude that the strikingly high values ​​of surface marine isotherms off the eastern and southeastern coasts of the Iberian Peninsula during summer (26-28 ºC) and summer (21-26 ºC) were closely related to such heights or volumes. ) of 1987, a serious potential risk that resulted in the aforementioned catastrophic events. Thus, the veroños prolong and extend, at the same time as they intensify, the period of maximum risk of catastrophic rains in the Iberian Southeast.

As veroños of consequences opposite to the previous ones, and no less notorious, it is enough to mention those of 1969 and 1978 in the Marina Baja, with very serious difficulties for the supply of Benidorm. The first, which culminated in a four-year period of drought, was extraordinarily fruitful in hydraulic matters for the region, by prompting actions. At the beginning of September 1978, in the Ministry of Commerce and Tourism, the very serious problem, extremely peremptory, became a resounding dilemma: naval transfer of water resources or interruption of the tourist activity (“closure”) of Benidorm. It is estimated that the volume transported by two tankers, in October and November, was 500,000 m3; with a cost of 170 million pesetas (340 pesetas / m3); Said value, exorbitant in normal circumstances, was not given the entity and significance of the problem, since the risky and well-resolved emergency operation not only averted hygienic and sanitary risks, but also, ultimately, saved the image of Benidorm. In addition, the harrowing experience supported and spurred decisions that have made it possible to face, with undoubted success, the challenge of the scarcity and natural irregularity of water availability in the Marina Baja.

Consequently, the veroño neologism has a nature card in the climatic Region of the Iberian Southeast, it is a new voice, formed at the expense of two as old and everyday as summer and autumn; It is an unequivocal, suggestive expression, immediate to its meaning and brimming with meaning; available, without risk of transnomination or metonymy, to the media and the general public.