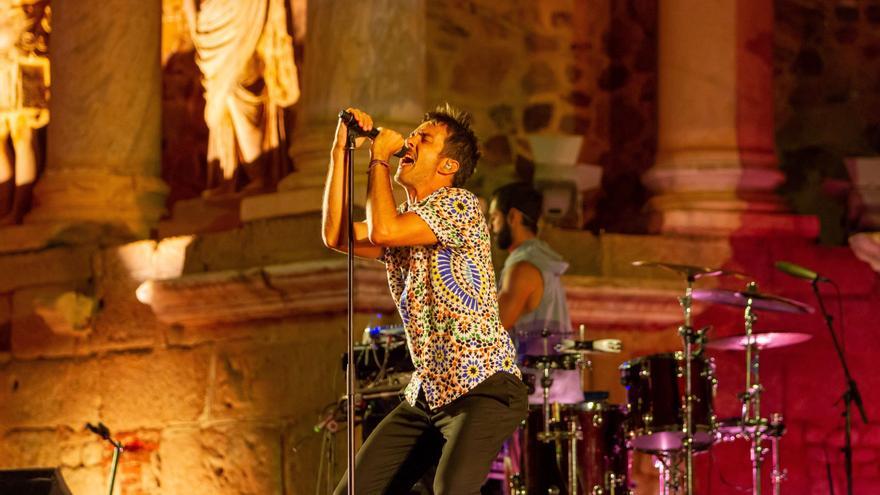 Wind and the murmur of water in the landscape of Sierra Mágina, in Jaén, but also car engines, clinking of keys “and even a refrigerator” have been some of the unconventional instruments with which Vetusta Morla has made her first leap to music. of cinema, specifically in the film ‘The daughter’.

“Director, Manuel Martin Cuenca, he wanted to get out of the world of composing more orthodox symphony orchestra soundtracks and that is why he looked for us “, the guitarist, keyboardist and composer explained to EFE. Juanma Latorre on the genesis of this unprecedented experience in the career of the Madrid sextet.

The director of the film, which will be released on November 26 (although the BSO is available from today), had worked many years ago on the documentary ‘Last Witnesses’ (2009) with one of the members of the group, Guille Galvan, and followed them from the beginning.

“When he heard the intro of the song ‘Consejo de sabios’, from the previous album, he thought in a very crazy way that this world of atmospheres, a bit tangential in our music, could function as an added value to his film if it was given prominence and we gave as reference the OST of the series’Chernobyl‘, which is not very conventional either, “adds Latorre.

It so happens that in 2013 Vetusta Morla published ‘Alice’s rivers‘, another soundtrack, although then it was tried to put notes to a video game.

“The process has been radically different. So we made music without knowing what was happening on the screen, because it depended on the player, so we created something that could work in a loop, without big harmonic changes. Here it is the opposite, you have to go with the action, “he says.

The group took on the task with enthusiasm and he did not hesitate to visit the filming, located in a wild place at the top of Sierra Mágina. “It was very important, because that’s where the idea of ​​taking sounds from the place came up,” he explains below.

That way car engines, the clink of keys, the sound of water, cutlery and “even the fridge from the movie, that had a very particular sound “, they were incorporated into the score after being manipulated on the computer and turned into” virtual instruments “.

“Usually movie music is extradiagetic, It comes from outside the reality of the story, but the idea here is that it was a hybrid, that is, it comes from outside, but we did not want the viewer to be very aware, as if suddenly violins were entering and did not know from where they came out “, he tells about a very subtle result.

Fundamental as an inspiring element has been the “imposing” and somewhat inhospitable landscape, “for me one more character in the film,” says Latorre, who has built 13 instrumental cuts titled with iconic phrases from the dialogues that mark the footage and a song proper, “The queen of the trenches.”

“It has a somewhat perverse air, like post-apocalyptic fable, but it was not the initial idea. We wanted to create a kind of lullaby that you didn’t even know where it came from, if it was from now or a version of a traditional lullaby, even from the Civil War, with a timeless character but without giving up our signs “, he says on the subject that open the disc and close the film.

When listening to her, one perceives an exaltation of motherhood and her strength. “Absolutely. And also of care and shelter, a reflection that has been transferred to our next album, ‘Ground wire‘, with that network of care that at times falls apart, with mothers as the maximum exponent of that sacrifice, “he reveals.

It is not the only thing common to both Vetusta Morla productions, which will take over in the market with a difference of a few months “if everything goes as before” and the group’s fifth studio album sees the light “at the end of November”.

“There is also a shared instrumentation, especially things that come from an investigation in the folkloric field that we began to use in the sound band, like guitars, although what has affected the most is the method, “he says.

As he recalls, in the BSO the work was more individual at the beginning before being able to put ideas together and not so much as a rehearsal room. “It suited us very well because it caught in a pandemic and it was a good training session that also allowed us to advance with the puck, when seeing was still difficult “, Explain.

On surrogacy, one of the themes that the film raises as an allegory, Latorre refers to the same reading of Martin Cuenca: It is there for the debate, it is not so much the motivation of the film, but an aspect more treated in an ambiguous way so that each one reflects.