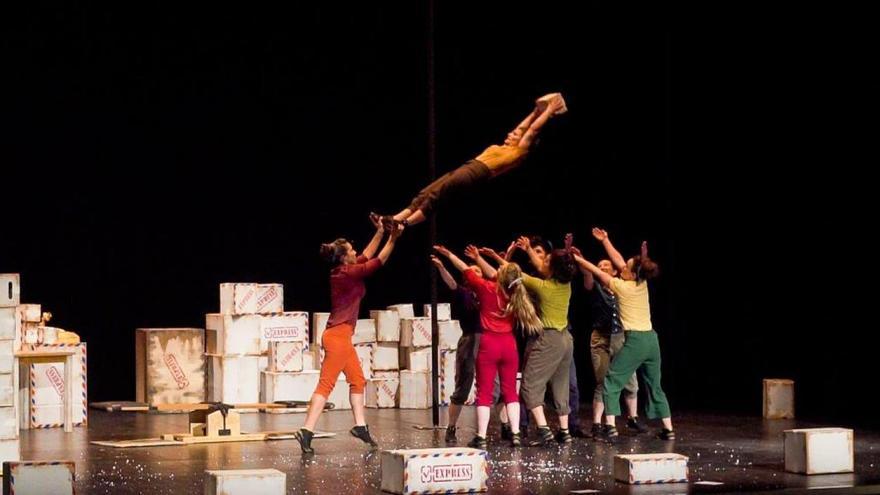 The Teatre Arniches in Alicante lacked a stable summer program that would bring its particular vision of the performing arts to the audience throughout the summer. This is how it was born Fresh! (Festival of Performing Arts of Alicante) a cycle of gestural theater, dance and circus performances that will be presented at the Pier 12 from August 17 to 25 as a new bet of the Ministry of Culture, for which it has allocated 350,000 euros.

This has been assured by the minister Vicent Marzà in Alicante at the presentation of this project “which has come to stay” and which is part of “our commitment to unite and enrich the cultural programming of Alicante”.

Son nine scenic proposals, which include Valencian companies as well as national and international companies, which make up this program, which “was necessary and which is a way to make the territory visible culturally speaking”, he assured Alicia Garijo, territorial delegate of the IVC in Alicante and artistic director of this cycle. Six of the proposals are for adult audiences, which can be seen in the auditorium of Muelle 12 (10 pm), and three, aimed at family audiences, which will take place in a parallel stage, which is called Fresh! (20 hours).

“It is a festival for women because we believe that culture should entertain, but also make people reflect and tear down certain walls,” said Garijo. “In this case, we want to claim the right to be fresh without double reading or bad intentions.”

The Valencian dance company Strawberry Theater will open this cycle on August 17 with “Muler”, Max 2017 Award for the best street show and winner of four awards from the Valencian Performing Arts Awards in 2018. Five women dancing on stilts, “in an investigation on physical limits with dance and balance, movement and poetry or strength and emotions, “said Alicia Garijo.

On Thursday 19 the dance company Veronal presents “Sonoma”, an avant-garde and contemporary show that, taking as reference the figure of Buñuel brings together a cast made up of nine women on stage and a team with a large presence of Valencian artists to create a unique stage experience, which has managed to captivate critics and audiences since its premiere on March 12 at the Barcelona Palace of the Arts. Your director, Marcos Morau, is the 2013 National Dance Award.

Flamenco also has a place with Manuel Liñán, National Dance Award 2017, that arrives on August 21 with “Viva!”, one of the most relevant shows of the season, winner of the Max Audience Award in 2020. “A cry for the freedom of transformation, which does not always imply a way of masking oneself, rather nudity”, according to the IVC delegate.

One of the international bets of the festival bears the stamp of the British circus company Gandini Juggling, considered one of the most important in the world in juggling, which will represent on August 22 “Smashed”, a show with 80 apples, 9 jugglers and 4 tea sets inspired by the “tanztheatre”, by Pina Baush. It was premiered at the Watch this Space festival at the National Theater in London in 2010 and has received, among others, the Herald Angel Award at the Edinburgh Festival.

On Monday, August 23, the German company Family Flöz presents “Hotel Paradiso”, a theater production of masks without text, a gestural thriller loaded with black humor, a story of tragedies crossed with comedy and also the most mysterious and evil work of the company.

Fresh! closes its first edition on Wednesday, August 25 with a great circus production by the company of Manuel Alcántara and “Déjà vu”. A visual, suggestive, risky show, without text and with live music, which has just received the Feten Prize for the adaptation of circus techniques to the new dramaturgy.

On Wednesday, August 18, the festival opens its family space Fresh! with the company La Tal, which presents “Carilló”, a spectacular scenic proposal of gestural theater that proposes the mechanism of a clock.

The theater production gestual “The grand finale” from Bucraa Circus It is presented on the 20th, as a tribute to the profession of a clown, to create a dialogue with the viewer from the emotions, where words are unnecessary.

On Tuesday 24, the international company Missing 7, iIntegrated by a team from Italy, Spain, Ireland and Israel, it presents “Express”, a circus show for all audiences. He won the first prize in the Off Competition of the Andalusian Contemporary Circus Festival, Circada 2018, and the best street show in Feten 2019.

Support to the sector

The delegate of the IVC in Alicante and the councilor have ensured that the security measures will be established, “based on the quality of the shows and good visibility” so they will be 400 seats for Fresca! and around 200 for Frescoreta!

For Marzà, “it is time to continue advancing in this sector and for citizens to show their gratitude to culture, which has been key to overcoming, especially for mental and emotional health, the pandemic.”

Art and the Thyssen Museum

The Minister Vicent Marzà has affirmed, when asked about the announcement that the Provincial Council is negotiating with the Thyssen Museum to open a headquarters in Alicante and the possibility of collaborating, that “at the moment we do not have any formal evidence in this regard and if the we will value “.

Regarding the project to enable a space in the Digital District, in the old City of Light, as an artistic warehouse of the Generalitat, he stressed that “we continue working on this project so that Alicante has the archive of the Generalitat in cultural matters. We are working with the regional ministries on which it depends “.

He also spoke of the search for a space of his own for him. Consortium of Museums in Alicante. “The budget for programming in the regions of Alicante has been increased and we believe that it is necessary to have our own exhibition space; we have to specify it, but there is the will to make it possible.”