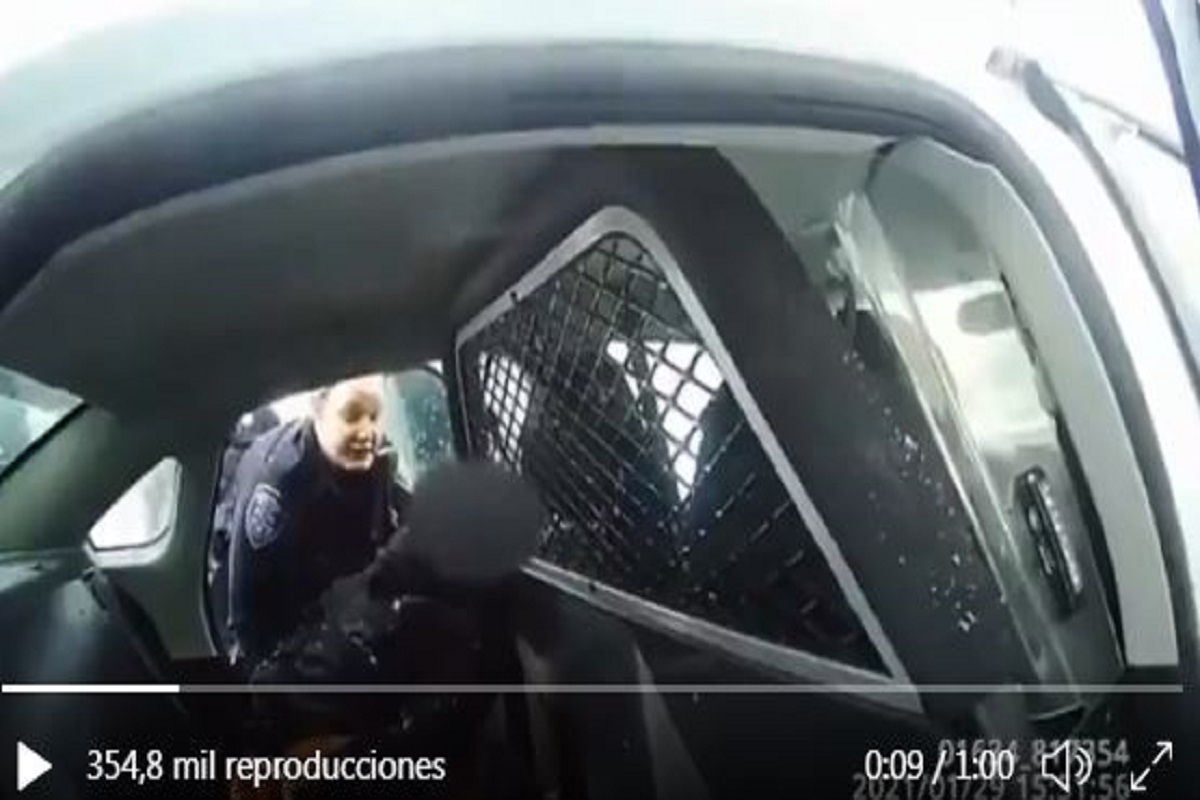 Two videos of police body cameras were released showing a african american girl 9-year-old detained, handcuffed and placed in the back of a patrol car Department Police of Rochester, when an agent sprays a chemical “annoyingAfter disobeying the officer’s orders.

A video in which police handcuff a nine-year-old black girl and pepper spray her in #Rochester, in the northeastern United States, sparked a new wave of outrage at the methods used by the security forces in the country. pic.twitter.com/hS1QazrPqB

It all started after nine officers and supervisors of RPD respond to a call to a home in Avenue B around 3:30 pmlocal time) Friday for “family problems” related to a possible stolen vehicle. During the call, the girl’s mother and father approached officers and told an officer that they feared their daughter would hurt herself and others.

After running out of the house, the girl was chased by a official, which reached her. One of the videos shows the officer asking to the girl: “What is happening? How I can help?” When the mother from little girl arrives on the scene, the two begin to argue and the girl becomes more agitated.

Officers then attempted to put the minor in the back of a patrol car, at which point she stepped aside and kicked. In a statement, they said that this action “required” an officer to take the girl to the ground. “For the safety of the minor and at the request of the father,” they detailed. The girl was handcuffed and put in the back of a police vehicle while they waited for an ambulance to arrive.

Police said the girl, who repeatedly yelled for her father during the episode, disobeyed several orders to put her feet in the car. And before this an officer of Rochester he was “forced” to spray an “irritant” on the handcuffed girl’s face.

VIDEO: Racists call Hispanic “frijolero” and ask him to return to Mexico in Escondido, California

VIDEO: Go back where you came from! Racist woman yells at Hispanic in Walmart parking lot

Go back to Mexico! Portland woman yells at employee after spilling soda and spitting on food cart