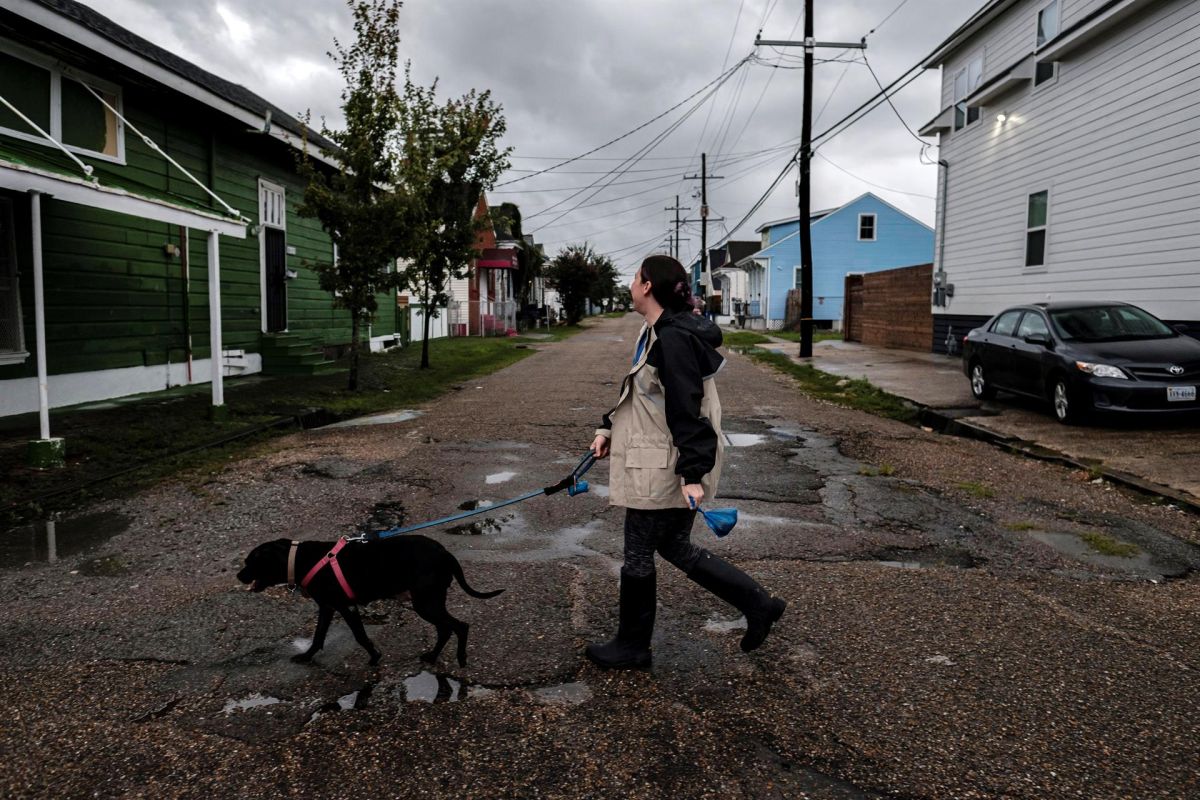 The ravages left by Hurricane Ida began to gain strength on Sunday afternoon, where they were seen roads covered by floods, buildings destroyed and thousands of people cut off due to power failures in southeastern Louisiana.

The storm surge made landfall in Port Fourchon, and it has begun to open a path of destruction and innumerable material losses through its advance by the state.

A video in the town of Golden Meadow, located approximately 20 miles north of Porth Fourchon showed destroyed buildings, with collapsed walls and vehicles being washed away by the hurricane.

“We are receiving calls from people trapped in the rooftops and we are working to try to reach them”Terrebonne Parish Sheriff Timothy Soignet said in statements to The Weather Channel, ensuring that they try to rescue as many people as possible.

To carry out rescue work, managers have had to navigate the danger when navigating through downed power lines and debris between the strong storm surge to gain access to residents who called for help. “It is quite intense here”Soignet pointed out.

Reports from the town of Grand Isle have indicated the disastrous conditions that exist after Ida’s arrival and reported that floods have exceeded two meters on the only road in the town and that the buildings providing emergency services were flooded.

Meanwhile, state and local officials have warned that first responders could take up to three days to reach the zones where affected people are once the storm ends.

In a last report the New Orleans National Weather Service (NWS) indicated that a tornado watch has been issued in both Louisiana and Alabama, Florida and Mississippi, which would remain until 6 a.m.

A tornado watch has been issued for parts of Alabama, Florida, Louisiana and Mississippi until 6 AM CDT pic.twitter.com/gPCI0zz2sy

For his part, National Hurricane Center (NHC) reported that Ida had an inland advance in southwestern Louisiana and warned that storm surge with extreme winds persists, as well as flooding that has hit the state.

About the rescue mechanisms for people affected by the ravages of Ida, the governor of Louisiana, John Bel Edwarsannounced the deployment of the state’s National Guard, made up of a staff of 4,000 members who are ready to carry out rescue work.

To try to evacuate people who are at risk, the governor pointed out that they have 195 offshore vehicles, 73 rescue vehicles and 34 tracking helicopters made available and found in southern Louisiana.

VIDEO: This is what the eye of Hurricane Ida looks like, according to NOAA images