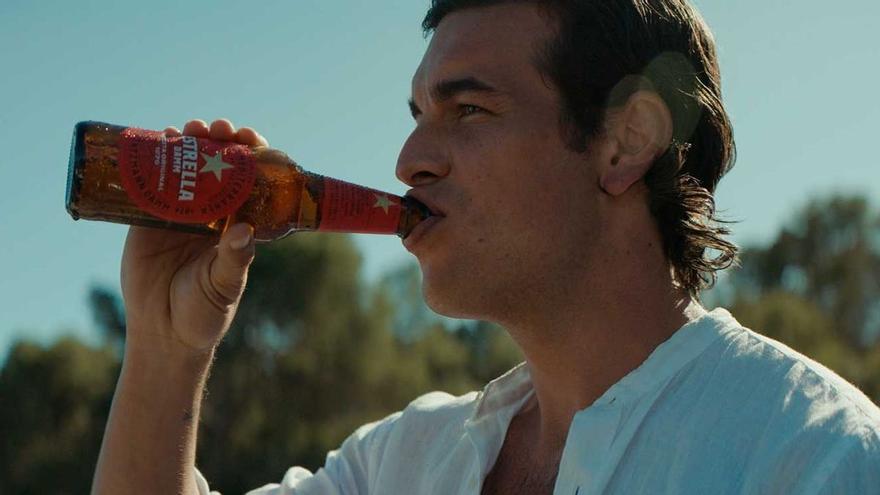 ‘Love at first sight’, Estrella Damm’s new campaign shot in the Balearic Islands and in verse

“Love at first sight” is the title of the new Estrella Damm campaign with which the brand invites us once again to enjoy our Mediterranean lifestyle, without neglecting the purpose behind its latest campaigns: to raise awareness in society about the need to protect the Mediterranean Sea. A story starring Mario Casas, Mireia Oriol and Joan Amargós which is presented in verse, as if it were a play, to show that culture is also fundamental in our way of living.

The cast of the new Estrella Damm campaign is completed Laia Manzanares, Nao Albet, Pep Cruz, Mònica López, Tamara Ndong, Daniel Ibáñez and Rigoberta Bandini, who is also the author of “Let’s see what happens”, the song that sets the rhythm to the piece and that is already available on the Spotify, iTunes / Apple Music, Amazon Music or Google Play music platforms, among others. The singer, songwriter, writer and actress composes songs to celebrate life and talk about achievements and desires, about the smallness of the human being in the face of the vastness of the universe and the simple things that provoke great feelings. Tracks like “Too many drugs” and “Perra” have managed to rock the charts in just two years.

Directed by the Menorcan Ian Pons Jewell and with Oriol Villar as creative director, in “Love at first sight” Menorca is once again the setting for the new Estrella Damm campaign; specifically the wonderful Cala en Turqueta and the Teatre Principal de Maó, with more than two centuries of history. In 2010, the Balearic island was the set of “San Juan”, with the theme Applejack by the Australians The Triangles, and in 2018 of “Cyrano”, with Alberto Chicote, Anna Castillo and Oriol Pla.

“Love at first sight” maintains the common thread of the last Estrella Damm campaigns, where the ecological emergency to which the Mediterranean is exposed and our ability to reverse the situation take center stage, in order to give visibility to this environmental problem and raise awareness in society about the need to protect our seas. And it is that according to WWF data, plastic represents 95% of the waste that floats in the Mediterranean Sea, so it is a priority to reverse it, especially if we take into account that the Mediterranean accumulates 1% of the world’s water and 7% of global microplastics.

Estrella Damm’s commitment to caring for the environment is part of its DNA. For this reason, in recent years it has carried out various projects to achieve a more eco-sustainable packaging. In the last year it has eliminated the plastic rings – replacing them with a new grouping format made with 100% biodegradable cardboard called LatCub -, as well as the decorated plastics that wrapped its packs of cans – now they are wrapped with cardboard – which has allowed Estrella Damm to reduce more than 359 tons of plastic per year. All Estrella Damm paper and cardboard suppliers have PEFC and FSC certificates, which guarantee that they come from forests managed in a responsible and sustainable way, thus helping to combat climate change and protect biodiversity.

Also, last March, Estrella Damm cans were the first in the world to achieve ASI (Aluminum Stewardship Initiative) Performance Standard and Chain of Custody Standard, which guarantee high environmental, ethical and social standards for the entire aluminum chain, from its production to the manufacture of cans, brewing beer and recycling.