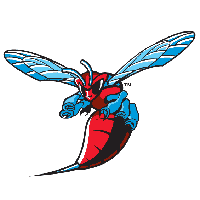 RICHMOND, Va. – For a second-straight day, Villanova racked up double-digit runs, setting a new season high in a 15-4 victory over Richmond to secure the first sweep of the season at Pitt Field Sunday.

This is the first series sweep for Villanova (6-13-1) since May 2021 when it defeated Georgetown. The Wildcats posted a total of 36 runs over Richmond (12-8) on the weekend, 19 of those in the final two games.

Eight different Wildcats tallied at least one RBI in the victory, led by a five-RBI effort from Chris Rotondo. He went 2-for-3 to stretch his hitting streak to 19 games, including a second home run in the series, his sixth of the campaign. All-told Villanova was walked a season-high 14 times with two of those bringing a run across while. Cameron Hassert was walked a team-high four times while Rotondo and A. J. Hansen were shown walks three times. Villanova batters were hit by pitches a season-high five times as well, with Pat O’Neill being plunked twice.

sophomore pitcher Brandon Siegenthaler picked up his first win of the season to now sit at 1-3, pitching 6.0 innings and fanning a season-high seven Richmond batters. I have allowed eight hits with just two earned runs.

A bases-loaded walk to Hassert brought Rotondo across for the first lead of the day in the top of the third with two outs on the board. Three ‘Cats were left stranded after Richmond’s Alden Mathes threw his sixth strikeout of the day.

In the bottom of the third, Jared Sprague-Lott sent a base hit plopping into left to score Dominic Toso and square the game, 1-1.

With two on due to back-to-back walks, Rotondo slammed a moon shot over the left field wall to surge Villanova ahead, 4-1 in the top of the fourth. Pat O’Neill became the sixth Wildcat to be walked and the fourth via hit by pitch to reach first followed by Jack O’Reilly single to put runners at first and second. Joey Castellanos sent a single to left that brought O’Neill home to extend the lead, 5-1. After a Richmond call to the pen to bring Vincent Corso in to pitch for Mathes and runners on second and third, a wild pitch brought O’Reilly across with a 6-1 advantage.

The ‘Cats locked down a pair of 1-2-3 innings to keep their distance from the Spiders before creating more separation in the sixth. Castellanos doubled to center before John Wholey reached and advanced to second on an error, putting two Wildcats in scoring position. Richmond made another pitching change before Hassert used a groundout to short to drive in Castellanos. pinch hitting, Matt Pinone was walked, bringing Hansen up to single and score Whooley for seven-run lead. With the bases loaded, Rotondo drew the 10th walk of the game for Villanova, allowing Pinone to touch home and make it a 9-1 lead.

A six-run ninth inning provided the final dagger Villanova needed on the day to break out the brooms.

Whooley became the fifth Wildcat to drive in, sinking an RBI single to center to bring O’Reilly home for a 10-4 lead. Pinone flew out to left, allowing Castellanos to make a dash to the plate for a second-run lead. Back-to-back RBI singles from Solari and Rotondo pushed the lead to 13-4. Solari’s knock marked the first hit of his career. Later, O’Reilly ripped a double to center to send home two runs, giving Villanova an 15-4 lead.
Alden Mathes recorded the loss for Richmond, allowing six earned runs on three hits with six punchouts in three innings. Toso led the Spider bats with a 3-for-5 day, including a double with an RBI.

The Wildcats face a quick turnaround this week to open the Liberty Bell Classic as they head to Dover, De. to face Delaware State. First pitch with the Hornets is set for 3 pm from Soldier Field.