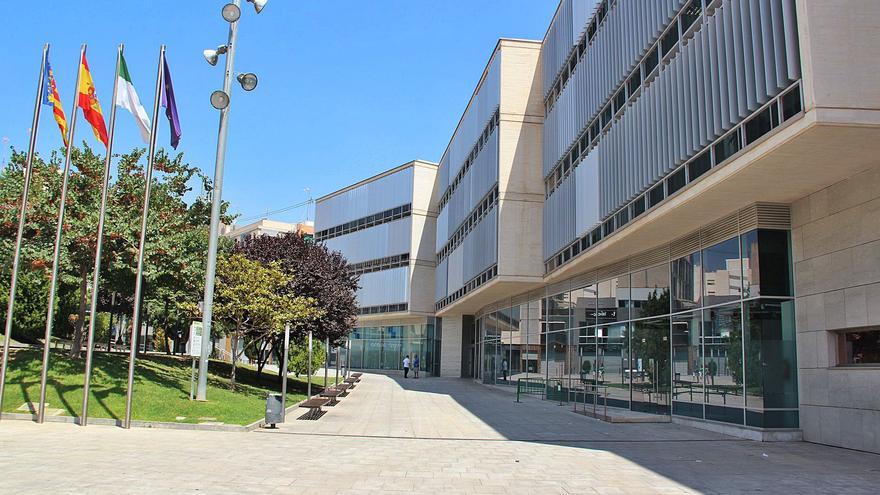 On Monday he went to the first negotiating table with the unions from which he came out graceful. He managed to carry out two matters that, a priori, are common procedures year after year, but which were not approved in December. In fact, the obvious disagreements with the former councilor José Manuel Ferrándiz, whom the unions accused of not having a dialogue disposition, ended with his resignation from the council. On Monday the two parties finally reached agreements and the green light was given to the work calendar that regulates the annual working hours, vacations, leaves or holidays of municipal employees, in this case with the contrary vote of the SPPLB, and the offer of public employment , which the SEP voted against as its proposals for different internal promotions were not considered.

All the unions praise that in the internal promotion shift 14 positions are taken, of them 12 for administrative, one for Police officer and another for mayor. While in the free turn there are 11 seats.

The mayor acknowledges that the Human Resources situation is complicated by the persistent lack of personnel. And he warns that one of the agreements with the unions has been to work on specific issues, inform them and try to achieve the greatest consensus to solve them. At the same time that it demands from the central government to eliminate the replacement rate “and allow healthy municipalities with an increase in population” such as San Vicente, to increase their workforce. This year only one place is created. He will be a legal advisor for Social Services, a position that, Villar warns, is mandatory to have.

Unions SPPLB, CC OO, UGT y SEP Present at the negotiating table, they generally qualify as “positive” the mood of the new councilor for the area and the agreements reached, and they hope to continue on the same path.

Villar has committed to them to create three work tables on specific issues proposed by the unions on entrenched issues: sports, with a conflict with the working hours of sports facility personnel, as well as the organization of the area itself; the conservatory; police, cemetery and parking.

Villar’s intention is inform the unions on time «of how the human resources project is evolving to have their support and when it reaches the tables it is as negotiated as possible ». “We are satisfied with the approval of these two important issues and with the attitude of the unions. His collaboration is appreciated, “sums up the mayor.

What concerns Villar most about his new area is fill vacant positions. And especially in the Local Police and the works brigade. For the 17 new police positions, the process of approving the call by the government board remains. In addition, five days ago a bag was opened again to attract police from other towns, something that has already been done over the last two years, with little success. In addition, last Saturday the first examination of the employment exchange for sports facilities assistants was held with 42 applicants. “It would serve us to cover both sports facilities, such as the squad and the parking lot,” he details.

Villar highlights that, thanks to the remainder of the budget that is allowed to be spent this year, there are half a million euros for hiring personnel. “A relief at least until the end of the year in the departments with the greatest load these months with the new budget”, which will go to Social Services, Civic, Employment, to Infrastructures.

As a novelty, the mayor has carried out a planning exercise and created a committee of the government team in which the Councilor for the Treasury, Alberto Beviá (EU), Asun Paris (PSOE) and the head of Human Resources participate to monitor weekly the novelties in the matter of human resources to order and organize the work and the priorities in the consistory.

Concern for the safety of the council

City Council security, especially of sensitive areas, such as Social Services, it is a concern expressed by municipal unions. And this is due to the fact that cases of verbal and even physical aggression have occurred and do occur. CC OO requests that the security problem be resolved, especially in Social Welfare. Along the same lines, UGT believes that “security and surveillance measures should be taken for municipal buildings that should already be in operation before we have to regret new incidents.”

The first mayor acknowledges that work is already being done on the security of the consistory. The local police commissioner is collecting the data so that the private security contract for the City Council can be drawn up. And the budget will come from the departure of the Police itself.

The mayor does not believe that the reinforcement of security in the town hall will take long. Currently, essential aspects are being evaluated, such as the points where it is necessary to reinforce and the days and times in which this police presence will be required. For this, the head of Social Services will be consulted where this surveillance should be reinforced and at what times.