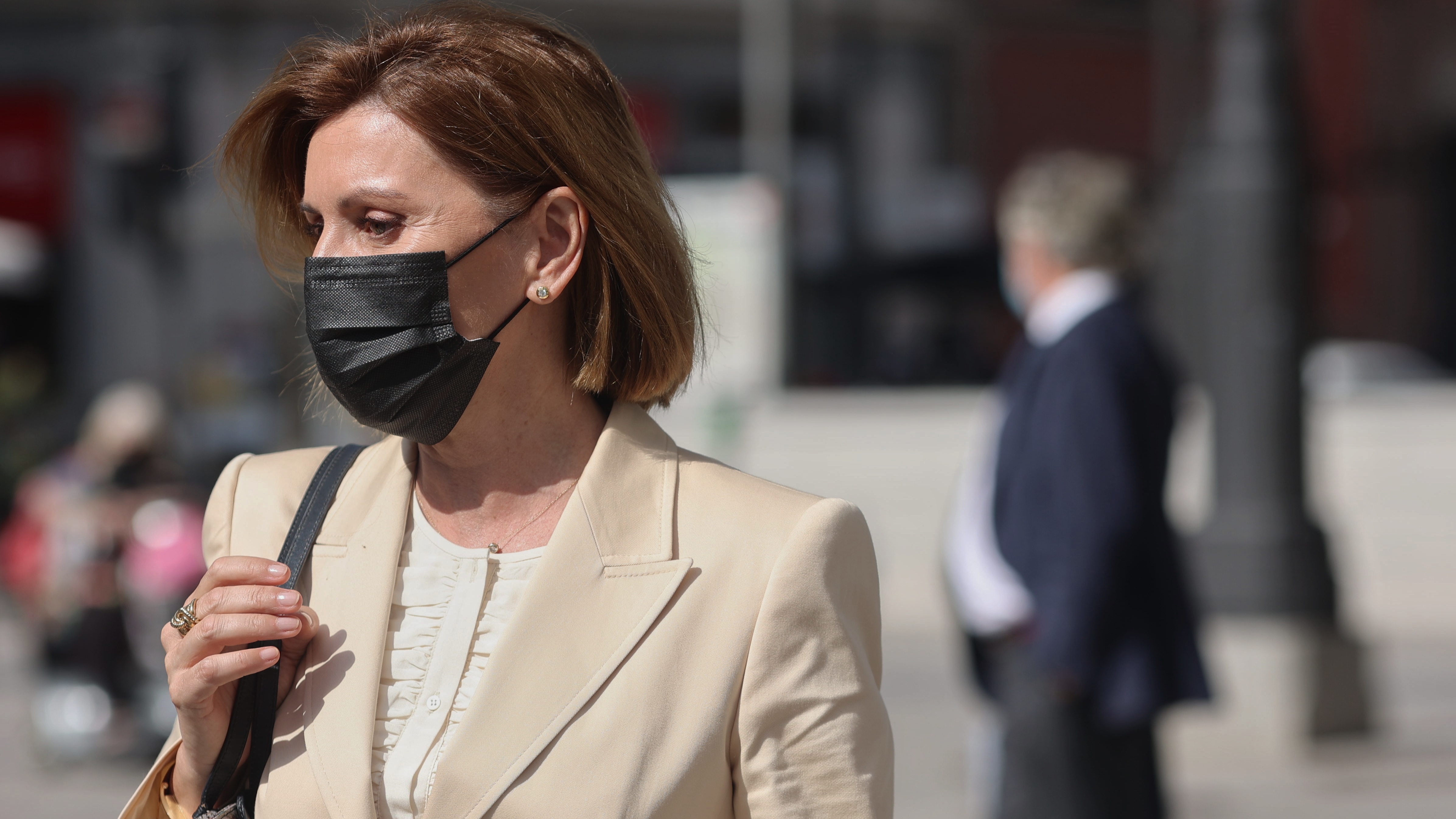 On July 17, 2013, just two days after Luis Bárcenas, PP treasurer, starred before Judge Pablo Ruz in the most explosive confession of democracy about 20 years of corruption in his party, high-ranking police officers urgently planned an operation illegal to avoid more damage to the Government of Mariano Rajoy.

That confession by Bárcenas left some questions unanswered about the existence of recordings or more documentary evidence of the corruption of the PP. And the police commissioners with more power, encouraged by their political heads of the Interior, began to look for these new indications so that they did not reach the investigating magistrate, according to the judicial investigation.

Those dark maneuvers, known as Operation Kitchen, have triggered the indictment of half a dozen police officers and the two main political leaders of the Interior at that time, the Minister, Jorge Fernández Díaz, and the Secretary of State, Francisco Martínez.

The judge who instructs the case accumulates numerous indications of those supposedly criminal activities. But now Villarejo’s agendas, seized last October in one of the commissioner’s homes, have uncovered new evidence to shore up all the suspicions.

Jorge Fernández Díaz, one of the ministers most loyal to then-President Mariano Rajoy, was aware of the entire police plan to search for the secrets that Bárcenas had not yet confessed to the judge. To demonstrate this fact, Francisco Martínez, number two of the Interior, drew up a notarized record of the telephone messages sent by the minister about the illegal operation underway.

On Saturday, July 13, 2013, it was already known that the following Monday Bárcenas was going to pull the blanket before the judge. That Saturday, the minister sent this message to his secretary of state: “Driver B: Sergio Javier Ríos Esgueva (now he performs that function with the woman). It is important”. Bárcenas’ driver, Sergio Ríos, was a key part of the entire police plot because he became a police confidante to find out what the former treasurer could keep.

But the minister maintained before the judge that he never sent that message nor did he know or order any police operation to steal documentation from Bárcenas that could compromise the PP and the Government of Mariano Rajoy. However, the notebooks found in a search run by the Anticorruption Prosecutor’s Office in Villarejo’s house now support Martínez’s version and compromise the Interior Minister.

The following summarizes two weeks of Villarejo’s agenda since July 17, 2013, two days after Bárcenas’ explosive confession before the judge and four days after the Interior Minister allegedly alerted his number two to the key role that the Bárcenas family chauffeur could play.

July 17, 2013. “About recording LB. Driver slope ”. Enrique García Castaño, then chief commissioner of the Central Operational Support Unit (UCAO), which is in charge of the illegal espionage operation against Bárcenas, as he himself has confessed, speaks with his partner José Manuel Villarejo. This curator notes in his agenda for that day under the name BIG, with which he called García Castaño: “On recording LB – pending conductor LB. Crisis cabinet. Follow-up to see where the issues are ”.

The recruitment of the driver as a police informant was still pending. García Castaño had approached the driver without much success. And Villarejo registered it in his diary.

July 18, 2013. “Forcing contact with the LB driver” Villarejo points out in his agenda a key to get Bárcenas’ driver to collaborate in Operation Kitchen. The key is called Andrés Gómez Gordo, a trusted policeman from Dolores de Cospedal, who has appointed him general director in Castilla-La Mancha. Villarejo writes: “ANDRES GÓMEZ the driver SERGIO has turned to tell him that they have approached him.” That same day, Villarejo supposedly spoke with Ignacio López del Hierro, Cospedal’s partner, and wrote: “He is in charge of speaking with ANDRES GORDO.” At the same time, Commissioner Villarejo registers another conversation with the number two of the Ministry of the Interior, Francisco Martínez: “Forcing contact with the driver LB. I agree to close the meeting ”.

July 22, 2013. “CHEF. At first suspicious. Later more receptive ”. Villarejo boasted to the judge of his success by capturing Bárcenas’ driver as a confidant after García Castaño’s failure to convince him. And so he writes it down in his diary: “SERGI CHEF. At first suspicious. After he has been more receptive. I will give you 2000 tomorrow and phone. Then everything else. ”

The judicial investigation has discovered and credited with documents the payment of 2,000 euros a month to Bárcenas’ driver for two years for his collaboration. That money came from the Interior’s reserved funds item. Villarejo put the name of CHEF or COOK to name Sergio Ríos in his notes. Just three days after that entry, he writes another: “CHEF. Last call Time to reactivate everything. From now on everything OK ”.

July 22, 2013. “CHISCO. Very concerned about CHEF data ”. Chisco is the name that Villarejo uses in his notes to identify Secretary of State Francisco Martínez. Talk to Villarejo and he notes:

“Very concerned about CHEF data. On recordings currently in his possession ”. Bárcenas may have recorded recordings with leaders of the PP on the illegal financing of the party. But they haven’t found them yet. Three days after that conversation, Martínez spoke to Villarejo again and the commissioner notes that the Interior Minister is very interested in talking about receipts and recordings, the two pieces of evidence that, if they exist, could sink the Rajoy government.

Villarejo portrays in his agenda a hectic month for the future of the Government of Rajoy and the PP. Other evidence uncovered during the investigation supports the veracity of what was collected in the commissioner’s agendas.

The prosecutor asks if Cospedal and Trillo planned to annul Gürtel

The Anticorruption Prosecutor’s Office discovered at the end of 2018, almost a year after the arrest and imprisonment of Commissioner José Manuel Villarejo, a suspicious note in the seized documentation that made reference to an alleged operation to annul the ‘Gürtel case’, whose estimated cost ranged between eight and 12 million euros depending on the success of the project.

The prosecutors in charge of the investigation thought that it was another of the commissioner’s illegal businesses, but they never found income in the Villarejo companies that could correspond to that operation, nor recordings in which reference was made to the alleged collection of money for that activity.

As a result of the judicial investigation discovering Operation Kitchen, the illegal police espionage of former treasurer Luis Bárcenas and his family with the aim of stealing documentation or other types of evidence that he kept against the PP, the Prosecutor’s Office again came across the plan to Villarejo to annul the Gürtel case.

In one of the last interrogations of Bárcenas about Operation Kitchen, the former Treasurer of the PP said that the lawyer Ignacio Peláez, now deceased, visited him one day in jail. “And he put me in writing that there was the possibility of dismantling the entire Gürtel case, because the people who controlled the matter had information that the recordings of this procedure were manipulated and that this manipulation could render the entire procedure null and void. The curators in question, José Antonio González, José Luis Oliveras and José Manuel Villarejo participated in this matter. And for that issue to prosper, the amount they were asking for, I don’t know if it was 10 or 12 million euros, that if between us we agreed and contributed that amount or businessmen charged in the procedure, that issue could go forward. ” Barcenas, as he continued to tell the judge, was willing to put his aliquot part, but the project failed and Peláez even demanded that the former treasurer deny that supposed offer in writing. The Anticorruption prosecutor, present in the statement, asked Bárcenas if the general secretary of the PP, Dolores de Cospedal, was aware of this offer and could intervene in the plan. “I do not know,” replied the former treasurer. Next, the prosecutor insisted: “And are you aware that Federico Trillo had information? And Bárcenas assured that he could not affirm it, but explained that Trillo was the person “in charge of Mariano Rajoy” of the judicial procedure of the Gürtel case. “One of Trillo’s interlocutors to know where the shots of the procedure were going was Ignacio Peláez, the same as Enrique López on the other hand, eh?” Enrique López was at that time (2012-2014) a Constitutional magistrate at the proposal of the PP Government. He resigned after being charged with drunk driving. He is now a Minister of Justice of the Government of Madrid.