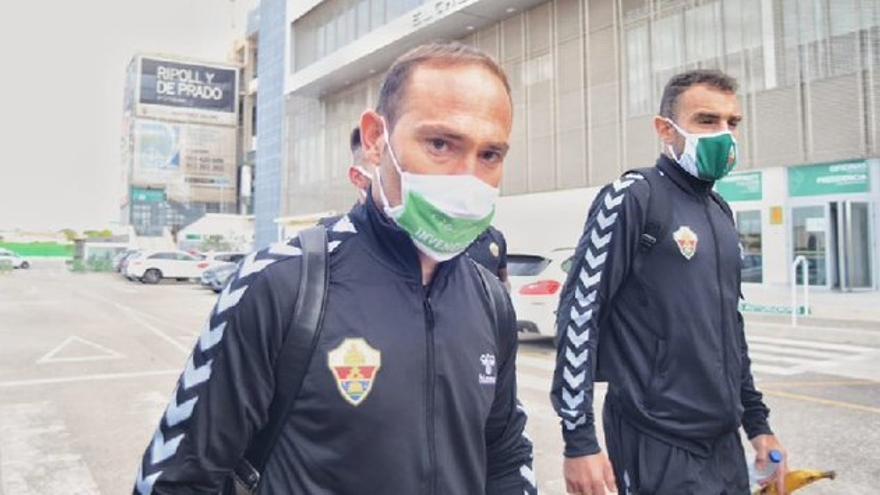 Villarreal and Elche will play this Sunday (18.30) at the La Cerámica stadium a regional duel in which two opposite streaks are measured, and the locals will want to continue with their good line of play and results, while the visitors hope to reverse their streak of four games without winning.

In the Castellón team things are going very well, since in addition to defending the third place in the table and adding thirteen games in a row without knowing defeat, the team has just certified its classification to the next phase of the Europa League in the absence of a day to finalize the group phase, reports Efe.

Elche seeks to change the dynamics of four games without winning, with three draws and one defeat, which allows them to move a little further away from the danger zones, although they have two games less than the teams with which they will fight for permanence.

From the local side, Emery’s men have come from playing the Europa League, a match marked by the rugged return, as the team returned later than expected as they were unable to fly after the match. Although the coach was able to give rest to his starting team, with which the eleven that he will present for this match, will be more rested. Only Vicente Iborra played the 90 minutes of the game, while Trigueros, Parejo, Gerard Moreno and Estupiñán did so in the final stretch.

Villarreal coach Unai Emery in his appearance before the press this Saturday. CFV

In the chapter on injuries, the team continues to count on the casualties of lateral Alberto Moreno, and those of Carlos Bacca and Moi Gómez, who fell muscularly injured a few days ago. Although the good news is return of Paco Alcácer, who returns to the list after almost two weeks out due to injury.

For its part, Elche faces the visit to Villarreal with certain qualifying emergencies, since he has accumulated four days without winning, in which he managed to add three draws, which has considerably reduced his distance from the relegation zone.

The Elche group opens at the La Cerámica stadium a very demanding month, since he will have to face six games, five in the league against several rivals from the upper part of the classification.

The Argentine coach of Elche, Jorge Almirón, recovers for this commitment Emiliano Rigoni, dropped during the last month due to a shoulder injury, the Russian goalkeeper Rodríguez, absent the last call due to knee discomfort, and the lateral Yousouff Koné, who fell from the previous summons due to disease.

The only casualty of the Elche team is that of its forward Lucas Boyé, author of two goals in the championship, who lost the game due to suspension after being sent off in the match against Cádiz.

The franjiverdes Barragán and Luismi in a training session this week.

Also Argentine Guido Carrillo It is emerging as the replacement for Boyé, while doubts are on the wings and on the left side, where Josema can repeat another week.

Almirón has not given clues during the week about the possible line-up or the game system, although it is likely that he will maintain the defensive line of four, as has been usual in the last two days.

The key: Eche’s defensive work will be key to trying to stop Villarreal’s offensive potential if he wants to add in his visit to La Cerámica

Almirón: “It will be difficult, but we face the visit to Villarreal with enthusiasm”

The environment: Villarreal does not want to fall into euphoria after the great career of the team.