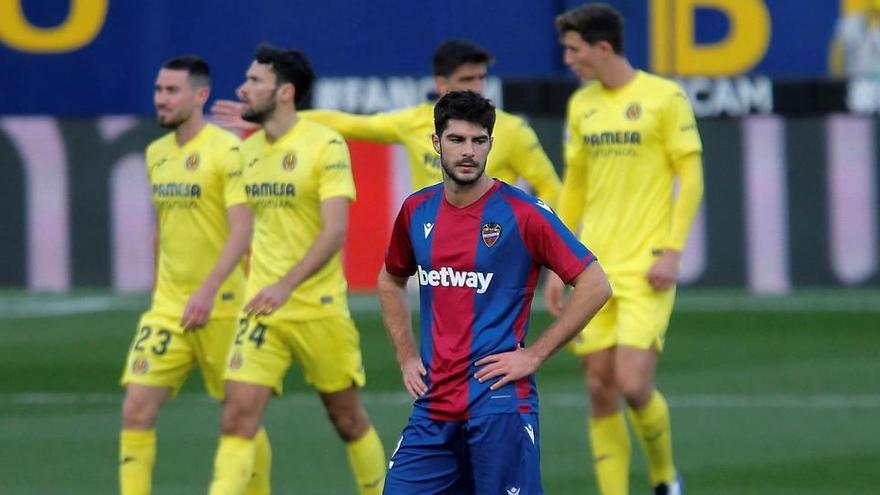 Villarreal and Levante played in La Cerámica a match of alternatives, in which the superiority phases gave the locals to put the 2-0 on the scoreboard, but in which Levante never gave up and pressed until the end in after a tie that he did not achieve.

Both teams had several scoring opportunities in a clash with control phases for each of the teams and that was opted in favor of the Castellón team as a matter of detail.

Conditioned by the losses in defense, Paco López chose to go out with three centrals, so Coke and Duarte shared the axis of the rear with Clerc, a side who passed to the center. They were accompanied by Toño on the left and Son on the right, while the rival maintained its usual 4-3-3 with Parejo in the middle.

The game was played at a good pace, with two intense teams, but with a certain local superiority in their initial section, which resulted in 1-0 before the 20th minute when Niño finished off a pass from Pedraza from the left.

This dynamic was maintained until Malsa’s entrance to replace the injured Rochina, half an hour into the game, shortly after Dani Gómez had missed a clear chance of scoring in the first approach of his team to Asenjo’s goal.

With Malsa in the team, Levante improved significantly, as it prevented the center of the field of its team, neutralized the opponent’s offensive game and sent some good balls to its attackers.

The game leveled off .. Asenjo made a great save on a Coke foul shortly before the break and the second half began with Emery’s decision to leave out the young Niño and Yeremi to put Foyth in midfield and Chukwueze in attack.

The game remained level, but an individual action by Gerard Moreno soon put it 2-0 on the scoreboard and opened important distances between both teams.

The goal removed any doubts in Villarreal and generated them in Levante, forced to be more offensive and, consequently, to give the rival spaces that could be dangerous

The entrance of Morales and Frutos made Levante play again with a 4-4-2 to try to get into the game with a goal, but the 3-0 seemed closer than the 2-1.

In the first period, Levante had more chances to score than their opponent, but in the count of the match, Villarreal was better and after halfway through the second period, Unai Emery’s team had no problem neutralizing any attempt by their opponent .

While the changes in Villarreal did not change the structure of the team, Paco López experimented with his men in unusual positions.

Clerc remained in the axis of the rear with Miramón on the left wing in the framework of a team forced to be more offensive despite the fact that his usual philosophy is to look for spaces rather than to overwhelm the rival.

The game seemed placid for Villarreal, but a cross from Radoja ended in a goal after a header from Sergio León that put his team into the match.

The match was alive and exciting as the visitors immediately generated a couple of attacking options to which Gerard Moreno replied with a whip to the post in the 78th minute.

A round-trip final was reached in an open clash for both the draw and a wider score in favor of the home team, but with no changes in the score.