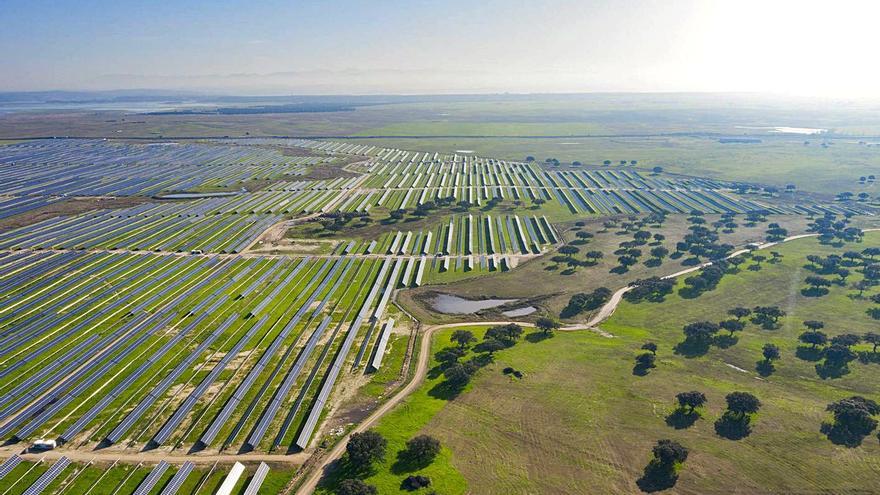 The fever unleashed by solar energy It does not stop and the province, one of the areas with the greatest irradiation in Spain, continues to add new projects to an increasingly long list. Yesterday was the company Solarcentury which announced its plans to build a new plant between the terms of Villena, Biar and Cañada, in Alto Vinalopó, with a sufficient capacity to supply more than 100,000 homes. A project in which the firm, based in Valencia, but owned by the Norwegian group Statkraft, will invest 115 million euros, according to the information provided by the company itself.

For now, the so-called project «Tendetes» It already has access permits to the transmission network, one of the most complex procedures and in which many of these initiatives run aground, given the limited capacity of the power lines. Now the company has started the process to obtain the environmental impact declaration and the construction authorization, two procedures to which the Ministry of Ecological Transition must give the green light.

If all goes according to plan, Solarcentury expects to start construction in the last quarter of 2023, bringing the plant into service in 2024, according to the same sources. The new plant will occupy an area of ​​350 hectares between the municipalities of Cañada, Biar and Villena, for which the company is already negotiating with various landowners in the area. It will have a capacity of 165 megawatts, which will make it possible to inject 320 gigawatts a year into the grid, a sufficient quantity to supply 100,000 homes. Its construction will include the creation of 400 jobs.

Although other alternatives are not ruled out, the intention of the company is to commercialize the energy produced through a PPA, that is, a long-term supply agreement with a large client that guarantees the purchase of production. It is one of the most widespread modalities to make this business viable.

The project of the Valencian firm thus joins those that have already been announced by other companies also in the interior of the province, such as the one promoted by Iberdrola in Villena, with an investment of 24 million, or that of Beneixama Hive, in Biar and Banyeres , which the Department of Territorial Policy has declared of Strategic Economic Interest.

In addition to his project in Alicante, Solarcentury also announced yesterday that it had obtained coupling permits for another plant in Castellón. This is “Arada Solar”, which will have an installed capacity of 155 megawatts in an estimated area of ​​300 hectares, located in the Castellón municipalities of Vall d´Uxó and Chilches. It is estimated that it will generate 290 gigawatts of clean energy per year, a volume comparable to the energy demand of 88,500 homes. Its implementation will entail an investment of 95 million euros and the hiring of more than 300 people during the period of greatest demand for labor.

These projects are in addition to those already announced by the company in Turís and Alborache, which will have an installed capacity of 87.5 megawatts of power each, respectively and will involve an investment of more than 125 million euros. The “Los Predios” and “Los Hierros” projects will be developed on a 360-hectare site and will generate 370 gigawatts of clean energy per year.

Of British origin but in the hands of a Norwegian firm

The promoter of the new Villena solar plant is a British origin firm, which decided to establish its headquarters in Valencia for its business in Spain. However, in November last year the company was acquired by Norway’s Statkraft, the largest producer of renewable energy on the European continent. The firm from the Nordic country disbursed 117 million pounds for the operation, about 134 million euros, at the current exchange rate. Solarcentury has about 180 employees in 12 countries. Since the company changed its strategy in 2013, it has developed 40 commercial-scale projects, with a total of approximately 1,200 megawatts installed in seven countries.