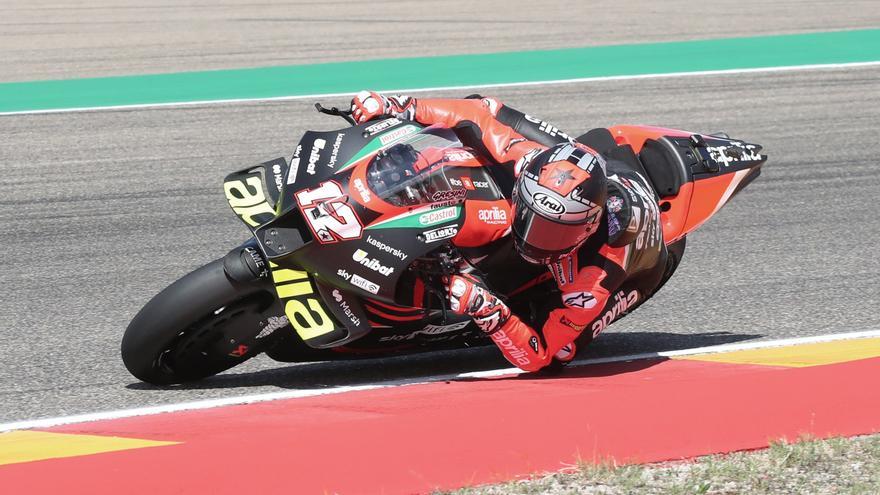 Frenchman Johann Zarco (Ducati Desmosedici GP21) dominated the second round of free tests of the Grand Prix of San Marino and the Rimini Riviera of MotoGP, although in the overall count of the day at the “Marco Simoncelli” circuit in Misano Adriatico the fastest was the Spanish Maverick Viñales with his new Aprilia RS-GP.

As if he had been waiting for the moment, the rain began to fall on the asphalt of the Adriatic circuit when the Moto3 riders went to their workshops and all the MotoGP riders entered theirs to start the second batch of the day.

It was only a few minutes but it rained hard enough to leave the asphalt completely wet again, which prevented that, from the start, no “premier class” rider could lower his personal best marks.

After Iker Lecuona, the Australian succeeded him at the head of the table Jack Miller (Ducati Desmosedici GP21), a true specialist in water, as well as the French Johann Zarco (Ducati Desmosedici GP21), who succeeded him in the times table and between the two there was a particular fight for the first place, far from the best times of the morning.

Other specialists in wet conditions like the Italian Danilo Petrucci (KTM RC 16), who will leave the MotoGP category to compete in the 2022 Dakar Rally as the official KTM rider, they climbed positions throughout the second round, until they reached fourth place, ahead of the Spanish Aleix Espargaró (Aprilia RS-GP), although the final section of it reflected some changes.

The winner of the Motorland Aragon race, the Italian Francesco “Pecco” Bagnaia (Ducati Desmosedici GP21), was also one of those who climbed to first place in the final section of the session, ahead of Miller and Zarco, although the Frenchman regained first place on his last lap.

After Zarco were placed Miller, the Spanish Joan Mir (Suzuki GSX RR) and Marc Márquez (Repsol Honda RC 213 V), with the Portuguese Miguel Oliveira (KTM RC 16) behind them, while the world leader, Frenchman Fabio Quartararo (Yamaha YZR M 1) was not very successful in these conditions and finished in a delayed eighteenth place, behind Maverick Viñales and ahead of Pol Espargaró (Repsol Honda RC 213 V).